Mom says school district brushed off her warnings about a teacher

Mom says school district brushed off her warnings about a teacher

WAUWATOSA -- When Wauwatosa School District substitute teacher Glen Fink was accused of putting a student with a disability in a choke hold in June 2019, parents and students said they were shocked.

Kim Storey was not one of them.

"This is one of those times where I’m sorry I was right," Storey said. 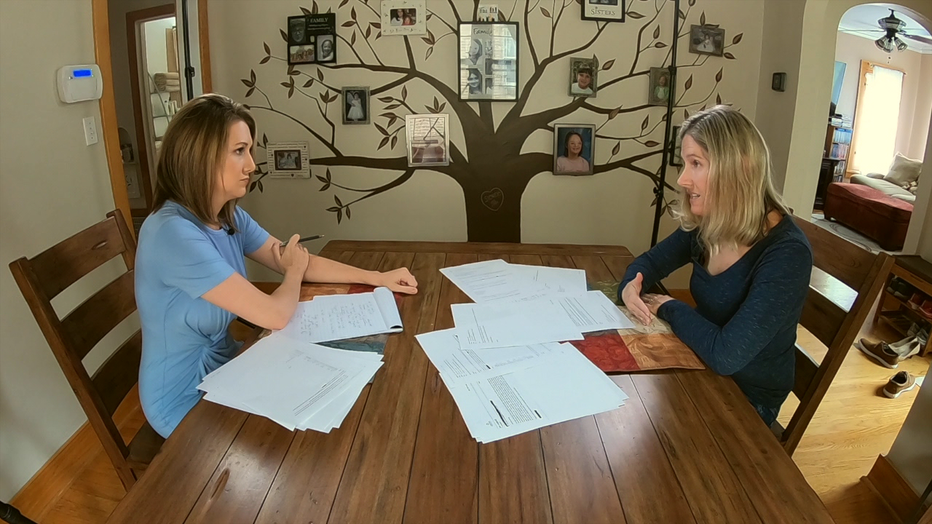 Storey says months earlier, Fink hurt her daughter Kitty, who has Down Syndrome. She warned the school district, but says administrators brushed her off.

"Unfortunately, there was really nothing they could do to prevent this incident from happening to my child," Storey said. "But there’s no way it should have happened to another child after my child."

A FOX6 Investigation uncovered internal emails about Fink's interactions with students, questions about how the school district handled the situation, and concerns that parents can't access information about their own children.

"I have to do the right thing"

Throughout her interview with FOX6, Storey emphasized her love for Wauwatosa School District.

"The teachers, the staff, the aides, the therapists - we couldn't ask for better people," Storey said. 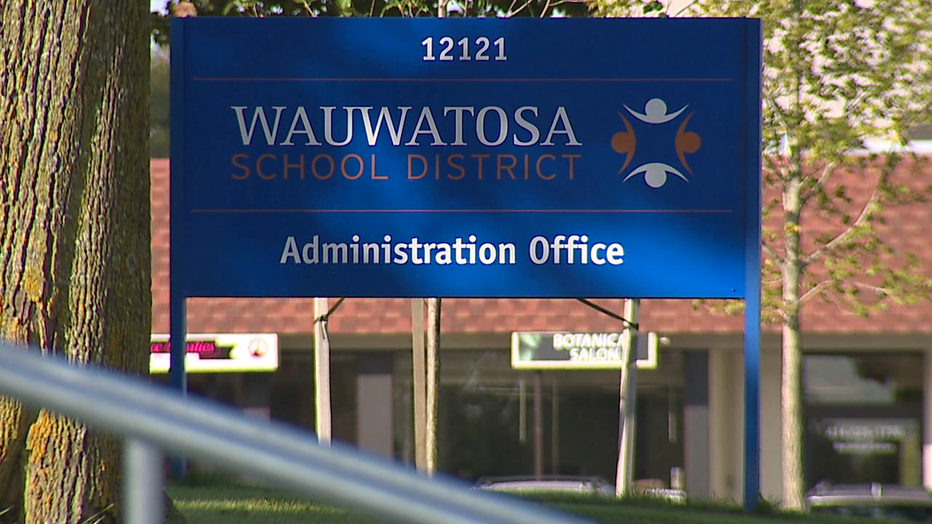 That's why Storey says she never predicted she would be talking to the news about her daughter Kitty's sixth-grade substitute teacher, Glen Fink.

"I have to do the right thing," Storey said.

On October 10, 2018, Storey says she picked Kitty up from school and talked to Fink about her day.

" delivered her to me and said to me that she had a 'bad day, she's very stubborn,'" Storey said. "And I pretty much was like, 'OK,' and that's all he said."

Kitty said more in the car.

"She goes, 'Mommy, owies, owies, owies,'" Storey recalled. "And Kitty does not complain about pain. She just doesn’t. That’s not like her. And she showed me her arm. She had red marks all over her hand, her wrist, and her arm." 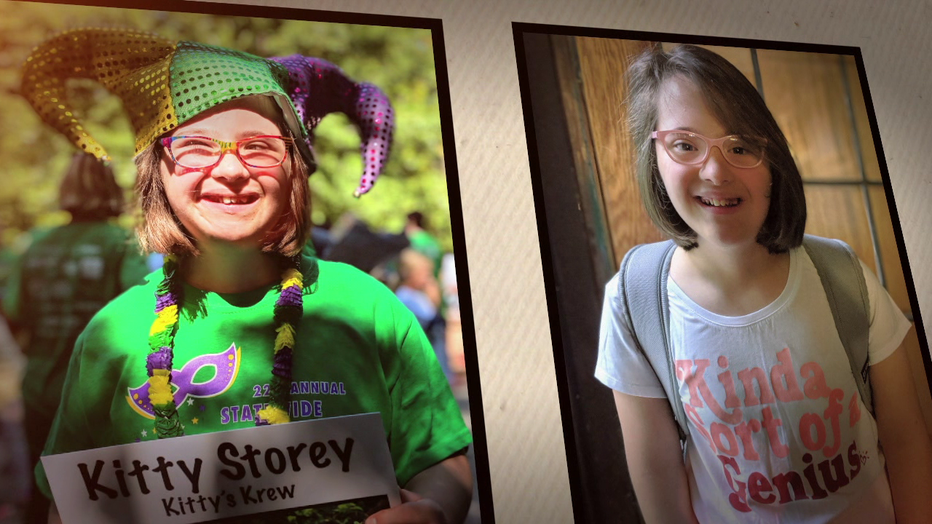 Storey got on the phone, but said she could not get answers until a phone call with her daughter's principal the next day. Storey says she learned Kitty ran away from Fink and into the boys' locker room. When she would not leave, Fink reportedly grabbed her arm and dragged her.

A school aide would later tell police that days later, other staff members noticed Kitty still had bruises that she would grab when she saw Fink in the hallway.

Storey didn't know it then, but this was the beginning of a battle that would take months.

The FOX6 Investigators obtained emails about what happened to Kitty through an open records request. 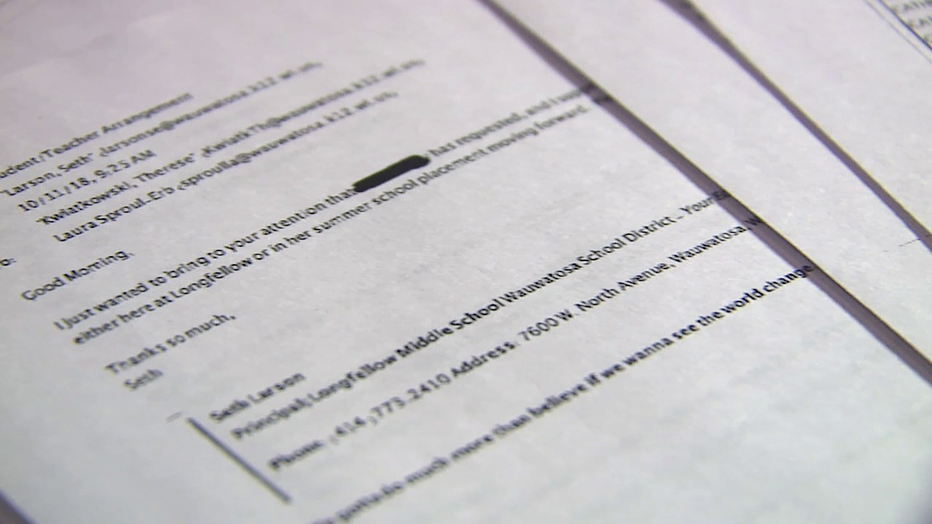 Larson said Storey did not want Kitty to work with Fink "in any capacity." Kwiatowski responded by saying it sounded like there was an incident of "inappropriate restraint." She also wrote, "Typically, we don't let parents decide who will won't work with their child."

That was October. Storey says she was left with the impression that Fink would no longer work at her daughter's school, Longfellow Middle School.

"Then in January, I'm dropping Kitty off at school," Storey said. "And who do I see walking into the school with Kitty on one side and a nonverbal student on the other side? Glen Fink."

"I reached out to anybody and everybody in the district who I could talk to," Storey added.

Only then, months after the fact, is there documentation of anyone at the school district having a conversation with Glen Fink about "the expectation that he not touch students." Ultimately, the administration decided he would no longer work at Kitty's  school. 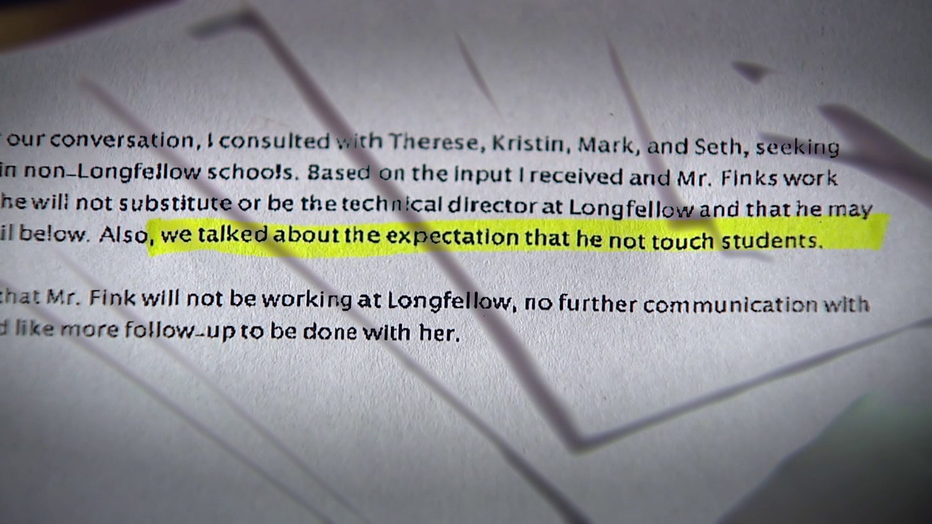 In an email, Director of Human Resources Craig Hubbell described Fink as "very gracious" about the decision. Hubbell also said that Fink was still allowed to work with other Wauwatosa students in other district buildings.

"I don't understand why you're trying to protect this man who hurt my daughter," Storey said, describing her reaction.  "I said, 'If you put him in another school, and he hurts another child, and that parent finds out that he hurt my child and you did not get rid of him, you guys are going to be in deep water.' Those were my exact words."

Another student gets hurt

Police and school district reports say a special education assistant saw Fink put a twelve-year-old boy with a disability in a choke hold, twist his arm, and say, "There is no one here to see it."

In a report to the Department of Public Instruction, Wauwatosa School District says Fink admitted to getting physical and complained that the student was not cooperating.

"Anger," Storey said, describing the way she felt when she heard about the second incident.  "And I felt bad. I felt like I should have kept pushing, I should have made sure that he was gone so that he couldn’t hurt anyone else."

Fink was charged with a felony count of child abuse, and an email from Wauwatosa School District says administrators and Fink "went their separate ways."

After the child abuse charge made headlines, several members of the community sent emails to Wauwatosa School District in support of Fink.

"I want people to know that just because something doesn’t happen to you, that doesn’t mean that it didn’t happen to somebody else," Storey said.

Storey says she called police and told them what happened to Kitty in hopes of helping their investigation. Police confirmed information in an interview with a school aide, but Kitty did not make any disclosures about the incident in a forensic interview. Disability advocates say that's a common occurrence that makes it more difficult to criminally charge people accused of hurting children with disabilities.

The FOX6 Investigators called Fink and his attorney. When neither would comment, FOX6 showed up at one of Fink's court appearances. Fink repeatedly said "no comment," but then appeared to change his mind.

Amanda St. Hilaire: "Why don't you want to talk about it?

Glen Fink: "I will after court."

St. Hilaire: "After this court hearing?"

Fink: "I will be more than happy to." 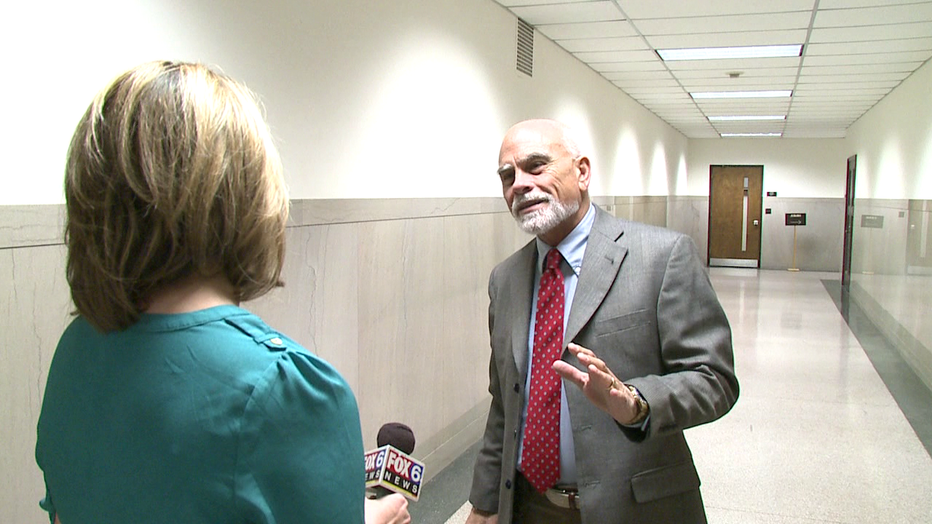 Fink changed his mind again after talking to his attorney, who told FOX6, "We're not talking about anything."

Kim Storey still questions why the problem she reported did not stop with her daughter. In fact, she still has questions about what happened to her daughter.

"They just stonewalled me on everything," Storey said, describing her attempts to get documentation about the October 2018 incident and information about Fink's disciplinary history.

Storey says Wauwatosa Superintendent Phil Ertl told her she would need to file an open records request. She did. But Ertl then denied the request, saying giving her the information about Fink's disciplinary history and her daughter's incident report would lead to "loss of morale."

Phil Ertl:  "Student safety is probably the most important hting that we focus on and continually work toward that end. Transparency is how we operate as a district."

St. Hilaire: "But in that case you weren't giving a parent information about what happened to her daughter."

Ertl: "We released all information that, accord to open records law, that we should be releasing."

What the school district kept from Storey, but later admitted to the FOX6 Investigators in a response to an open records request, was that the records in question do not exist - no discipline for Glen Fink, no documentation of an investigation after Kitty got hurt, and no incident report describing what happened.

"It's just so traumatizing to children"

"We just get so many calls from parents on this issue," Disability Rights Wisconsin Lead Advocacy Specialist Sally Flaschberger said.

Flaschberger advocates for children in special education programs and their families. She points to 2011 Wisconsin Act 125, which says restraint of students is only permitted if there is an imminent risk to physical safety.

The law defines "restraint" as preventing a student from moving freely. The Department of Public Instruction has said that pulling, grabbing, and carrying students can all be examples of restraint.

The law does not permit staff to restrain students as punishment.

"It's just so traumatizing to children when this really goes wrong, or goes unchecked," Flaschberger said.

The law requires school districts to complete an incident report after each use of restraint. The first time a student with a disability is restrained, there is supposed to be an individualized education program (IEP) meeting.

Kim Storey says she still has not seen an incident report, and there was no IEP meeting for her daughter related to the incident with Glen Fink.

Flaschberger says Act 125 was a good start, but there are efforts to make more improvements. Senate Bill 527 would take the law further, in part by making sure parents like Kim Storey have more access to information.

"Often, not being able to get to the bottom of it is what makes families just so anxious and nervous about sending their children to school," Flaschberger said.

Wauwatosa Superintendent Phil Ertl agreed to sit down with FOX6, but did not directly answer most of the questions in the interview.

Amanda St. Hilaire: "Did the school district follow the law in that case?"

Phil Ertl: "If there's a situation that results in restraint or seclusion, we make sure it is documented and recorded according to DPI regulations and state law.

Ertl would not say why there was no available documentation about what happened to Kitty.

St. Hilaire: "Why was able to continue working with students?"

Ertl repeatedly said he could not answer questions about specific students or staff members.

St. Hilaire: "How do you do an investigation without documentation?"

Ertl: "Unfortunately, I can't get into the specific situation."

Ertl told FOX6 that Wauwatosa School District takes safety seriously and follows all state laws and district policies about restraining students, but he would not provide documentation or any other form of evidence that would allow the public to verify his statements.

"It's a scary situation to stand up and say this happened," Storey said, describing her initial hesitation about speaking publicly about what happened to her daughter. "Sometimes you have to do the scary thing because it's what's right."