MILWAUKEE -- A teaching assistant is accused of choking a kindergarten student at a local school -- and the child's mother called the FOX6 Investigators after she found out shocking details about the teacher's past.

When you're five years old, there's not much to worry about. So when Mimi, who is in kindergarten, heads to the park, she doesn't have a care in the world. It's her mom, Martina Ware, who does all the worrying. 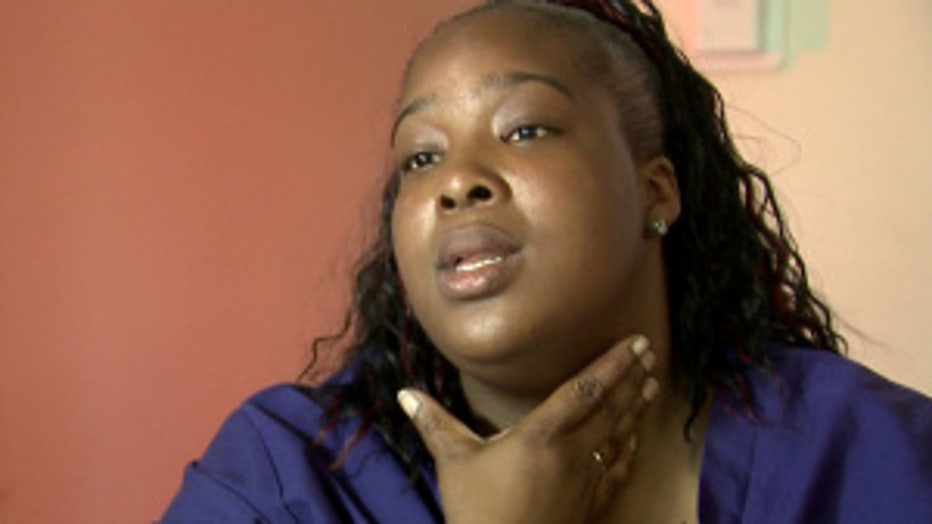 Three weeks ago, Mimi's mom had a reason to worry.

"She came up to me and was like 'Mom! Miss Marteisha choked me.' I said No she didn't, Mimi. I didn't believe her at first," said Ware.

At bath time that night, Ware saw the evidence.

"Your hands should not be around my baby's neck," said Ware.

Mimi says she was choked at school, the Next Door Foundation, in her kindergarten class by a teacher's assistant.

"I don't want this to happen to nobody else's child," said Ware. 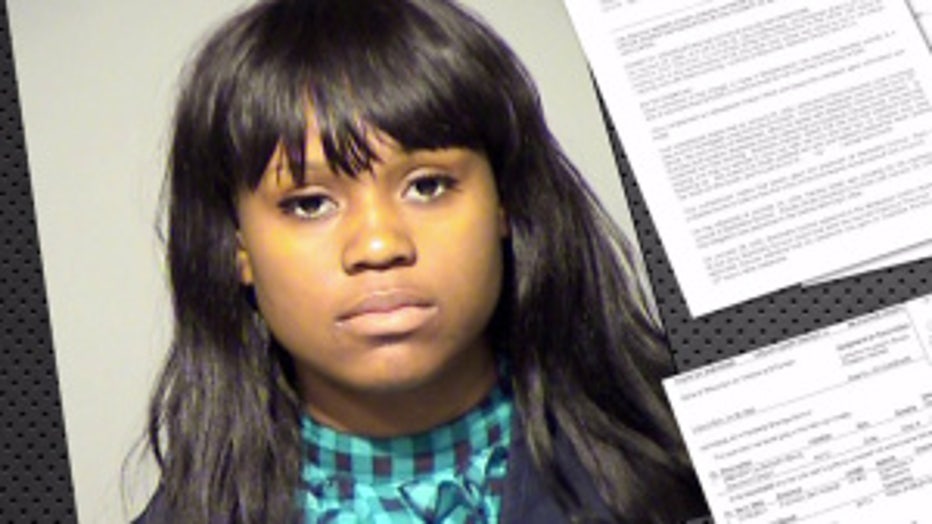 The teacher's assistant who allegedly choked Mimi was charged with felony child abuse at the end of April. Marteisha Dunson-Hollis is accused of beating her four-year-old son with a belt after he accidentally stepped in paint.

Four days after Dunson-Hollis allegedly choked Mimi, a judge ruled she couldn't see her own kids. So why was she allowed to continue working with children at Next Door?

In a statement, the school does not deny the student was choked, but points out the Milwaukee County District Attorney's Office declined to file charges for what happened in the classroom. Carol Keintz, Executive Director of Next Door, issued this statement:

"Marteisha Dunson-Hollis has been a teaching assistant at Next Door since March of 2014. At the time of hire and at her one-year review Ms. Dunson-Hollis was in compliance with state standards to be in the classroom with children along with a licensed teacher.

"The Milwaukee County District Attorney’s office investigated and declined to issue charges related to an alleged incident involving Ms. Dunson-Hollis. Ms. Dunson-Hollis is currently on a leave of absence pending the outcome of a separate investigation, entirely unrelated to Next Door. It is Next Door's policy not to comment on the details of pending personnel investigations and matters. Student safety is our highest priority and Next Door will continue to monitor this situation to ensure the safety of our students."

But what about what happened even before Dunson-Hollis was hired?

FOX6 Investigators took a look at Dunson-Hollis' criminal record. In 2004, she said she was raped. A day later, after the accused attacker was arrested, she admitted to police she made it all up. Later that year, Dunson-Hollis smashed windows with rocks while carrying her one-year-old child. More than once, Dunson-Hollis has been found guilty of beating up the father of her children. Through the years, he has suffered bloody noses and a chipped tooth.

Dunson-Hollis has been assigned to anger management treatment and batterers' intervention; seven cases total -- including a 2013 truancy ticket because her own kids had missed so many days of school.

So why was Dunson-Hollis hired in the first place? The school says when they hired Dunson-Hollis in March 2014, she met all state standards and was allowed to be in a classroom with children -- as long as she was supervised by a licensed teacher. 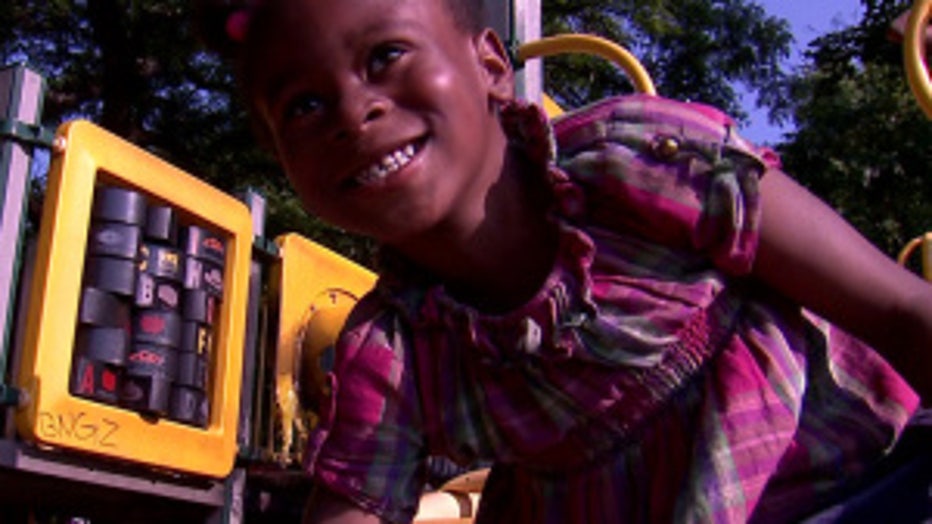 For Mimi's mom, that is not good enough.

"I can't believe like a school district would allow someone with an extensive background to work in their school," said Ware.

The day after the alleged choking incident, the school says it put Dunson-Hollis on leave because of the ongoing child abuse investigation involving her own children.

"We do conduct criminal background checks on prospective hires for our non-instrumentality charter schools. While we cannot comment on specific cases, when reviewing criminal backgrounds, the law dictates that we can only look at convictions and pending charges that have a nexus to the position for which the person has applied. We cannot legally consider criminal charges that have been dismissed."