A Milwaukee fifth-grader has gained national attention after she spoke during a roundtable discussion with Vice President Kamala Harris.

MILWAUKEE - A Milwaukee fifth-grader gained national attention speaking during a roundtable with Vice President Kamala Harris. It's hard enough to speak publically to a small group; she spoke to the world during the vice president's event at the University of Wisconsin-Milwaukee.

"I was happy but nervous," explained Lenaya Mejia-Rodriguez.

Before speaking about sustainability with one of the world’s most powerful women, the seeds of her story came from soaking up lessons at Milwaukee's Lincoln Avenue Community School.

"We have a pergola," Mejia-Rodriguez said during the roundtable.

The water comes down the roof, is caught in the gutters and goes into two cisterns which can then water the garden.

She also shared with the vice president about her school's bioswale.

"The bioswale helps the water when it rains," Mejia-Rodriguez told FOX6. "I’m really proud of it because it helps make the Earth healthier because, as you know, we are losing a lot of species that are going extinct, and we’re hurting the earth more and more by using a lot of cars with oil, throwing trash like it’s nothing, so we have this bioswale to help the Earth a little more to be healthier."

Both help cut down on rain runoff.

"It needs to go somewhere, and there’s always been a lot of flooding problems here on the south side, and so we’re glad we can do our part as an MPS school to help prevent that as much as we can," said Regina Stieber, community school coordinator at Lincoln Ave Community School, a position provided through the Sixteenth Street Community Health Centers. 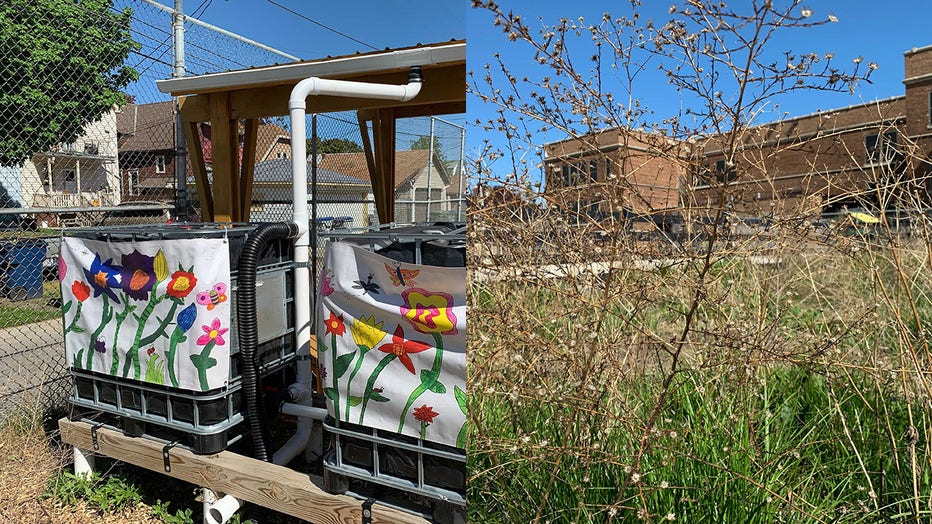 "Runoffs are not good," said Damaris Ayala, Lincoln Avenue principal. "They end up polluting our water. Kinnickinnic is right by us. It ends up in Lake Michigan and that’s not good."

Ayala also spoke to the vice president at the UWM roundtable. 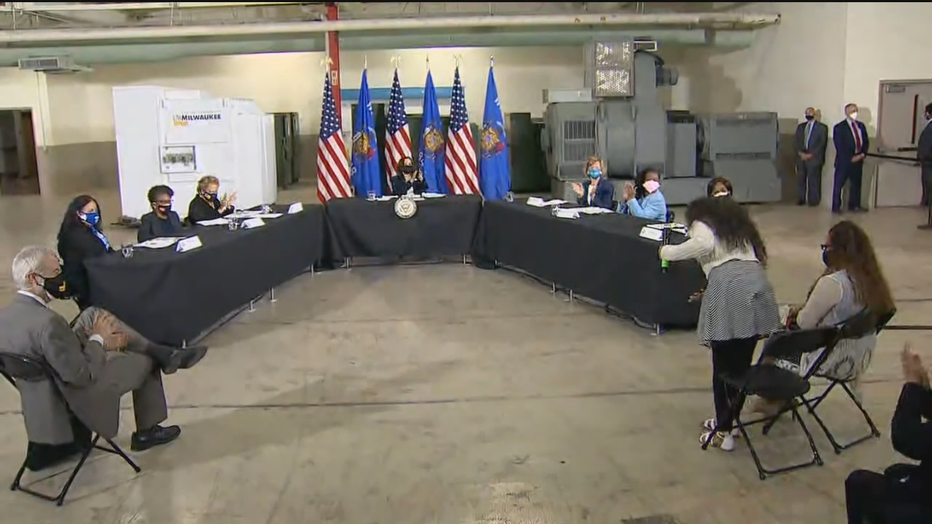 "This is our future," reflected Ayala after the event. "I thought, 'OK, I’m in the right place.' I’m going to support our kiddos to make sure that when I’m old, they can lead our nation and help us be more sustainable."

"Our little school is doing a little bit in helping our community," the principal added, "and our community is also coming in and they’re enjoying the vegetables." 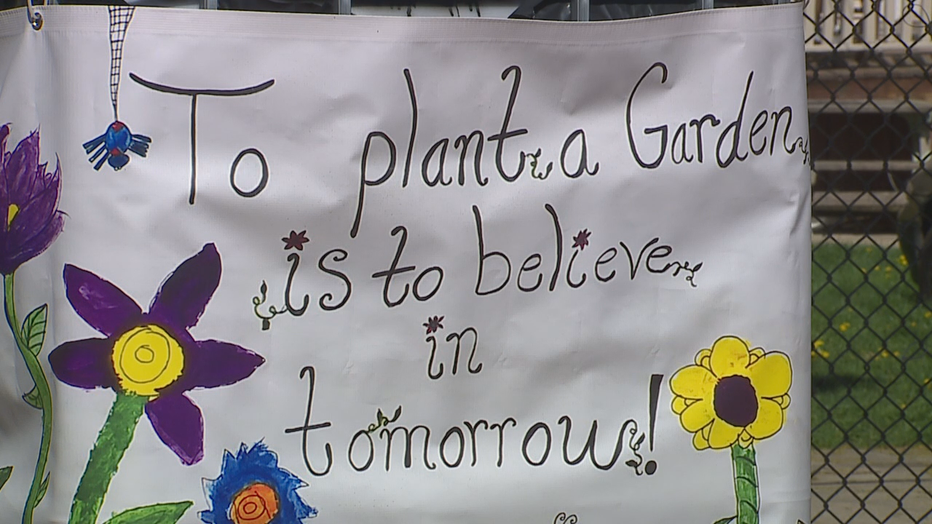 "Last week, the kids actually dug out all the old plants," said Stieber. "We tilled the soil, added our Blue Ribbon Organics compost, and we’ll be planting, in two weeks, we’ll be planting everything, so we’ll have our potatoes, our onions, tomatoes, lettuce, everything. It’s really important for our kids to see the cycle of how our waste can be diverted from the landfill and go back and end up in our garden beds and end up helping us grow food not just for our school, but for our community." 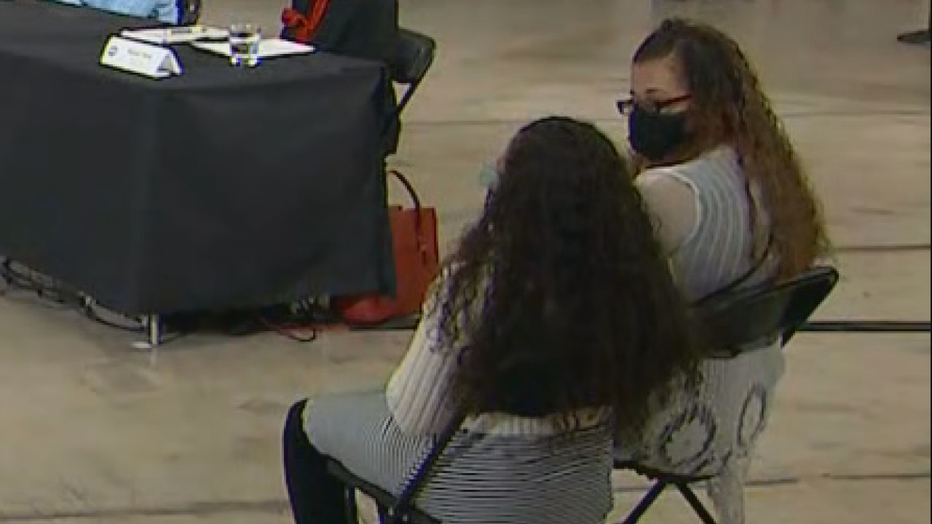 The fifth-grader's moment in the national spotlight led her back to her roots.

"My mom always told me just because you have a little bit of fame doesn’t mean you don’t be yourself," she said. "You’ve always got to be yourself all the time, wherever you go."

The U.S. Department of Education also gave a national honor to that school, a green ribbon award in 2020 which honors sustainability. The bilingual school has partnered with the Sixteenth Street Community Health Centers on sustainable practices.

University of Wisconsin-Milwaukee researchers showed off their work to Vice President Kamala Harris as she toured the clean energy lab Tuesday.