MILWAUKEE - Milwaukee city planners want to build seven new miles of streetcar lines in the next six years, but they've kept a lid on revealing the cost – until now.

A FOX6 Investigators open records request uncovered a confidential plan to spend $330 million on new routes for The Hop – 80% of it federal money.

One alderman says a local sales tax may be needed to pay for the expanded operation, while another says the plan is too expensive.

"The city of Milwaukee cannot afford this toy," said Mark Borkowski, 11th District alderman. "And that's what it is."

Before the pandemic, ridership peaked at 3,343 riders per day. That was July 2019. This year, the Hop's busiest month, July 2021, averaged just 922 riders per day – even in the midst of the Milwaukee Bucks run to the NBA championship, which drew tens of thousands of fans downtown. 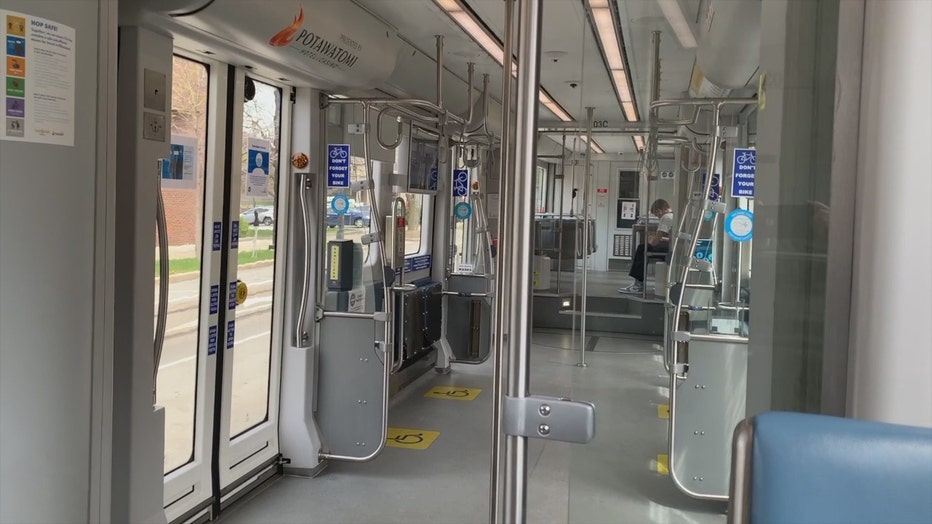 Bauman said free fares and low ridership are no reason to derail plans for a dramatic streetcar expansion.

"To maximize its benefits and its effectiveness, you have to go more than 2.1 miles," Bauman said.

And that's exactly what city leaders are preparing to do.

"The most immediate concern is getting it to Fiserv Forum," said Milwaukee Mayor Tom Barrett. "I would absolutely love to go to the airport. And I would love to go to all parts of the city."

For now, city developers have more concrete plans to expand the system north of downtown, past the arena and into the Bronzeville neighborhood, where Terence Douglas has lived the past few years.

"I think we’re due for some development around this area," said Tim Mackey who lives in nearby Brewer's Hill. 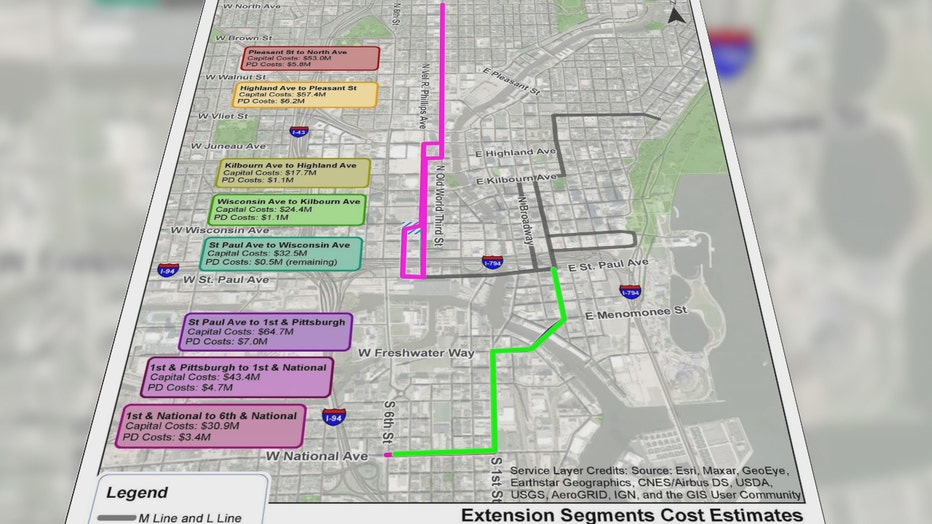 The city also plans to expand the Hop's tracks to the south, through the Historic Third Ward and into Walker's Point.

"You really have to start connecting neighborhoods in the downtown area," Bauman said.

It's hardly a secret the city wants to expand the streetcar. What city officials have yet to publicize, however, is how much those expansions are going to cost.

"I think that number’s been out there, generally," said Bauman, referring to the cost of a "full build" expansion. 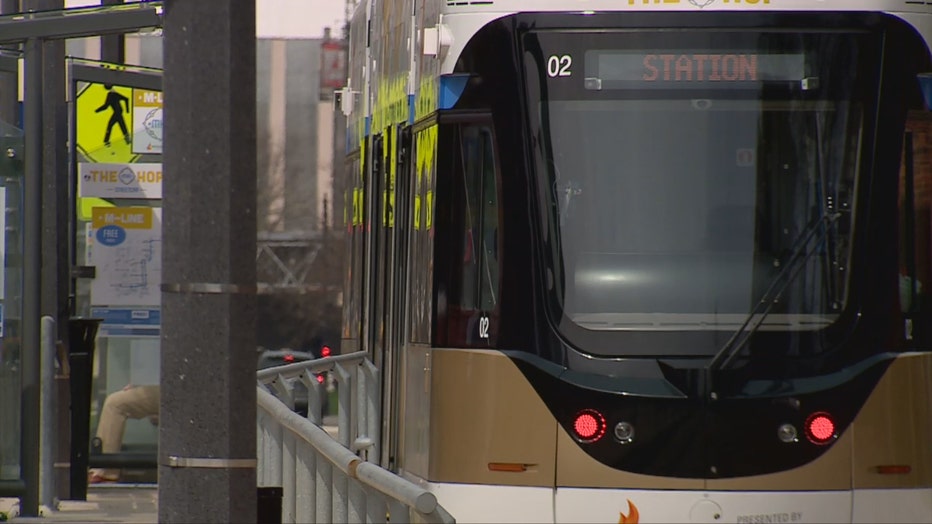 What has been out there is a package proposed in 2019, when city officials sought approval for a $47 million plan to kick off design and construction of the neighborhood extensions. But $47 million was just the beginning.

According to internal city memos, the actual cost of a full build into Bronzeville and Walker's Point would total nearly $330 million.

Of the $330 million total cost, city estimates say $70 million would be funded with local dollars. Borkowski said that is just the cost of construction.

"Somebody has to say something because it’s not sustainable," he said. 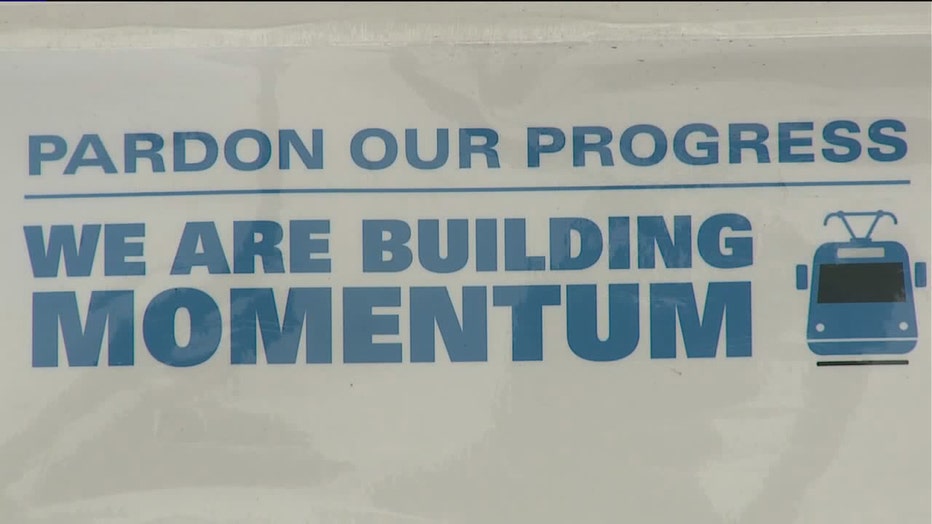 The Hop streetcar construction in Milwaukee

The city of Milwaukee Department of Public Works estimates the expanded system would cost an additional $6.9 million per year to operate and maintain. That's on top of the $4.5 million it already costs to operate the existing line.

'We can’t afford the line that we have now," Borkowski said. 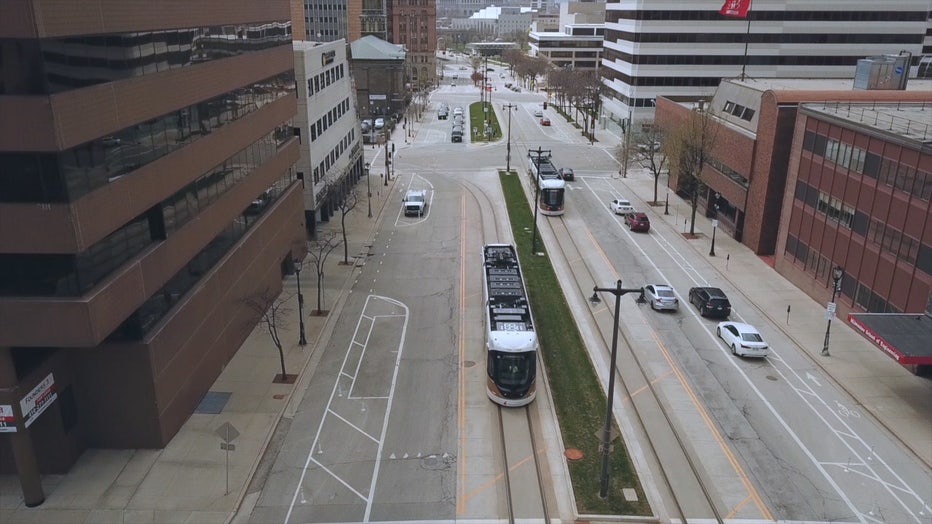 The current 2-mile streetcar line is being largely supported by revenue from parking tickets, but Bauman said an expanded system like the one being proposed would require its own, dedicated funding source. Most likely, he said, the city would need to increase its sales tax.

"Do you think that’s where that ultimately has to go?" asked FOX6's Bryan Polcyn.

"Of course it is," Bauman answered.

The mayor denies he has any plan for a streetcar sales tax.

"That's not something I’m looking at right now," he said. 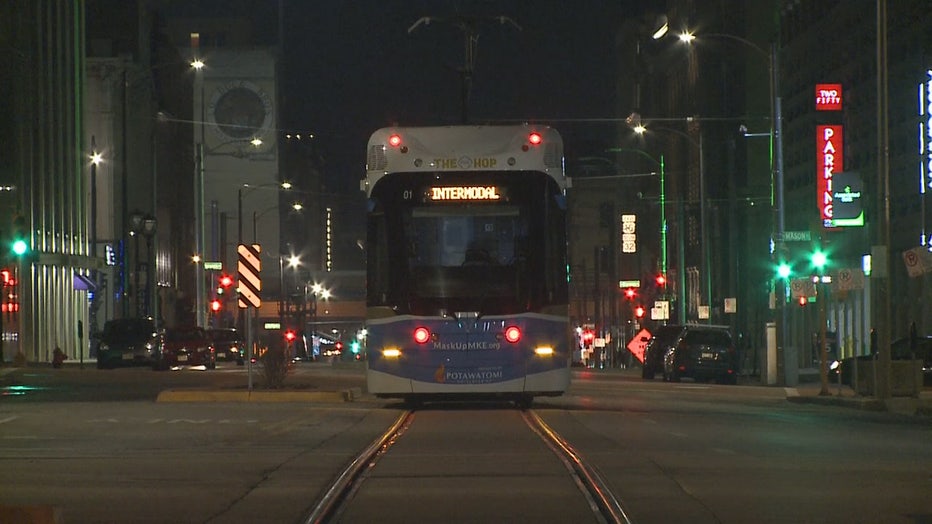 The memo is marked "confidential."

"There seems to be a method of lack of transparency," Borkowski said.

"Why would that be marked confidential?" Polcyn asked.

"You’ve got to ask them," Bauman said, referring to DPW. "For all I know they mark everything confidential." 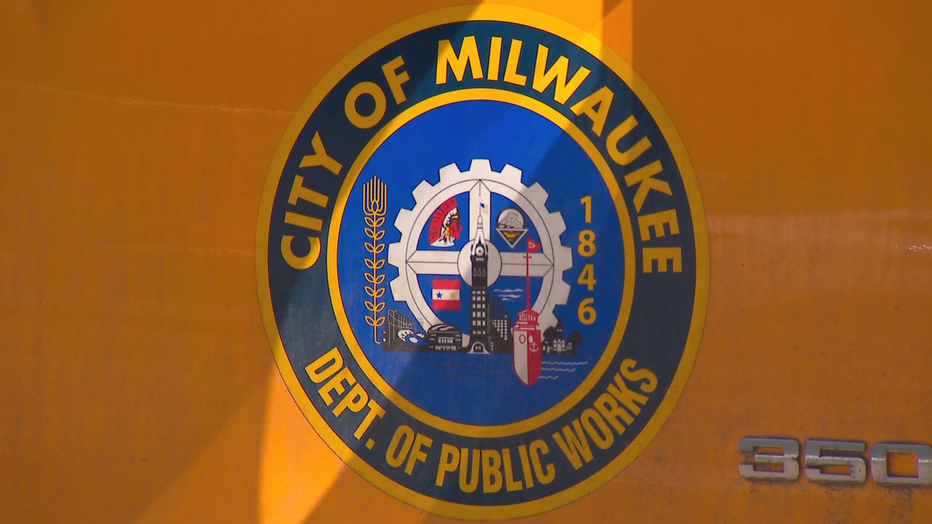 Public Works Commissioner Jeff Polenske was not available for an interview for this story, but Mayor Barrett said taxpayers ought to be in on the conversation.

"I think it is important to have these conversations publicly," said Barrett, who points out that 80% of the funding would come from federal sources.

"We know that this is something that is going to cost money," Barrett said. "We know that we’re going to get money from the federal government. And it’s going to be done in the open. We want it to be a transparent process."

"I don’t know," Douglas said. "They act like a million bucks ain't nothin'."

Borkowski said the streetcar is impractical.

"Do I think the mayor could cobble the votes? Absolutely." 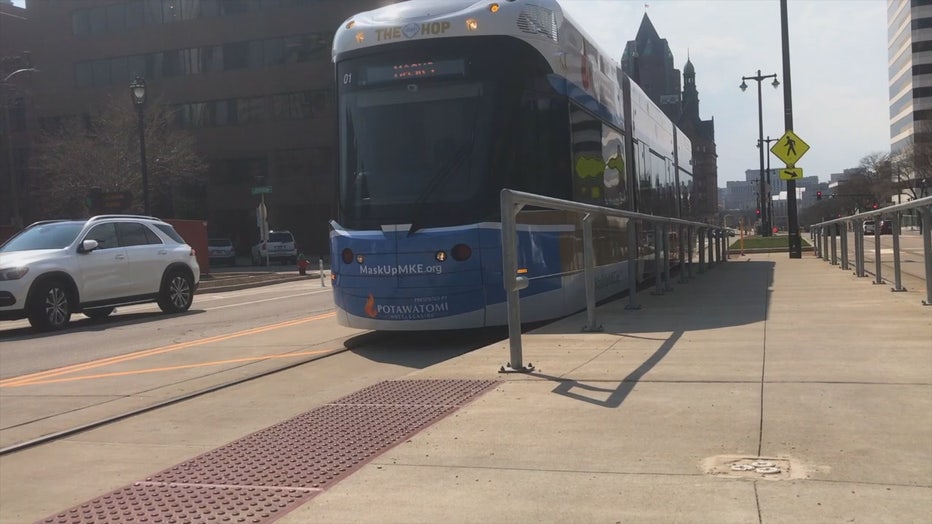 The $330 million question is, how much streetcar do Milwaukee taxpayers desire?

The total cost of the proposed extensions is nearly triple that of the existing line. And FOX6 only knows that because of an open records request filed in April 2021. It took the Department of Public Works four months to produce more than 3,500 emails from that request, including the proposed plan to spend more than $330 million in extensions. That is a figure that has yet to be discussed, as far as FOX6 can tell, in a single public meeting.

Alderman Bauman said the Fiserv Forum extension is nearly shovel ready. If funding is approved, he said it could break ground next year.