A 22-year-old Milwaukee man was arrested following a police pursuit on Milwaukee's south side Sunday evening.

MILWAUKEE - A 22-year-old Milwaukee man is in custody following a police pursuit on the city's south side Sunday evening, June 26.

Officials say the pursuit happened near 6th and Manitoba just after 5:30 p.m. Sunday. Officers attempted to stop a reckless vehicle. The driver refused to stop and a pursuit ensued. The pursuit ended when the suspect vehicle struck a pedestrian and then collided with an unoccupied parked vehicle near 13th and Lincoln. The driver of the vehicle then fled on foot and was arrested after a foot pursuit.

The pedestrian, a 52-year-old Milwaukee man, was taken to the hospital for treatment of non-fatal injuries. 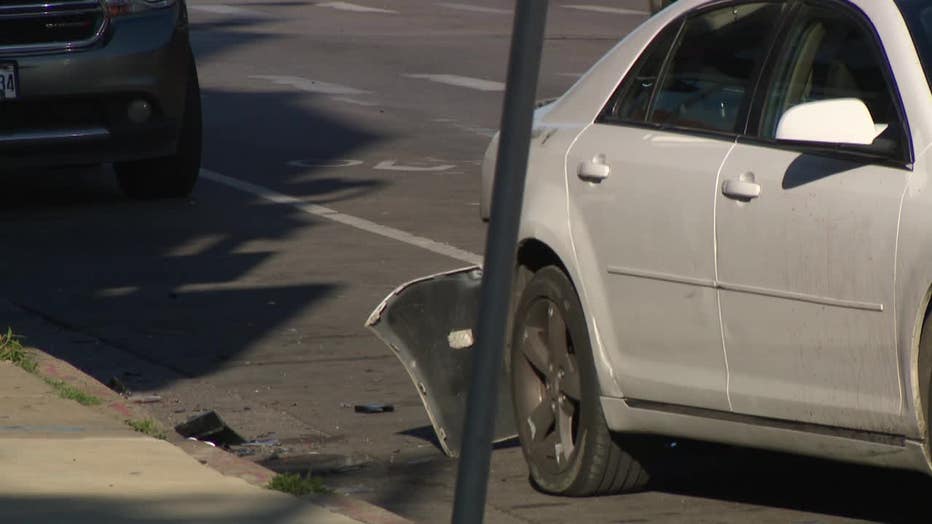 Crash near 13th and Lincoln after police pursuit by Milwaukee police