The Milwaukee native was just 17 years old when he died on the USS Oklahoma. Thanks to DNA and a family's faith, he is home.

The Milwaukee native was just 17 years old when he died on the USS Oklahoma. Thanks to DNA and a family's faith, he is home.

"Very emotional. It’s been a long journey," Beth Rangsy, Thinnes' great-niece, said. "He was so young. He signed up when he was 17 with his father’s permission and went in on his birthday. That same year he was killed in action."

Thinnes died after his ship was sunk on Dec. 7, 1941. His remains could not be immediately identified, but his family kept his memory alive.

"He stood up for our country and was honorable," said Rangsy. 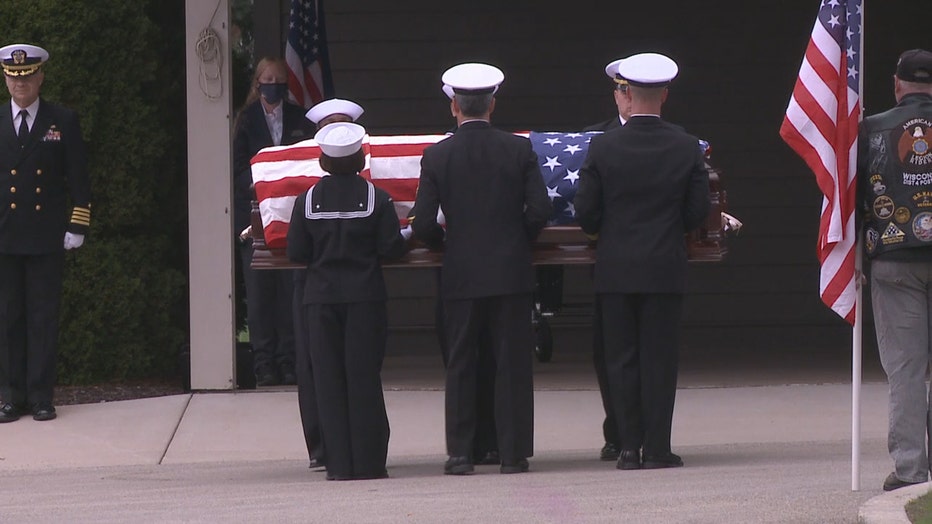 It took nearly 80 years, but the U.S. Navy was able to identify Thinnes through DNA analysis. His great-niece said family believed this day would come.

"When they started identifying more and more people, we knew it was coming eventually," Rangsy said.

At Wood National Cemetery, Thinnes was laid to rest Friday with full military honors. It was a heavy ceremony for a young man taken too soon.

"Hang in there. They’re working on it," said Rangsy. "They’re almost done with the (USS) Oklahoma, so I’m sure they’ll figure out who everyone is and they’ll have a proper burial."

Milwaukee's American Rescue Plan money: How will it be spent?

How should Milwaukee spend $174 million in federal American Rescue Plan Act money? The Common Council's Finance Committee worked to hash it out.