For $25, runners were able to race from Frame Park in Waukesha to City Lights Brewery in the Menomonee Valley during the Milwaukee MS Relay.

The woman who came up with the idea said her mom was diagnosed with multiple sclerosis four years before she was born.

"I was a runner when this idea came to me, but I wasn't a marathon runner. I didn't even really know how long it would take to run across the country or anything like that. I could just tell that when the idea came to me, I knew it was what I was supposed to be doing with my life," said Schneider.

MS Run the U.S. is a 3,260-mile ultra relay run dedicated to raising awareness and funds to support multiple sclerosis research and aid those living with disabilities due to MS.

The MS Run the U.S. relay race was made up of several runners -- stretching from Santa Monica, California to New York City, New York -- totaling 3,100 miles.

The event raised awareness of multiple sclerosis and money to fund wheelchairs, ramps, and research. 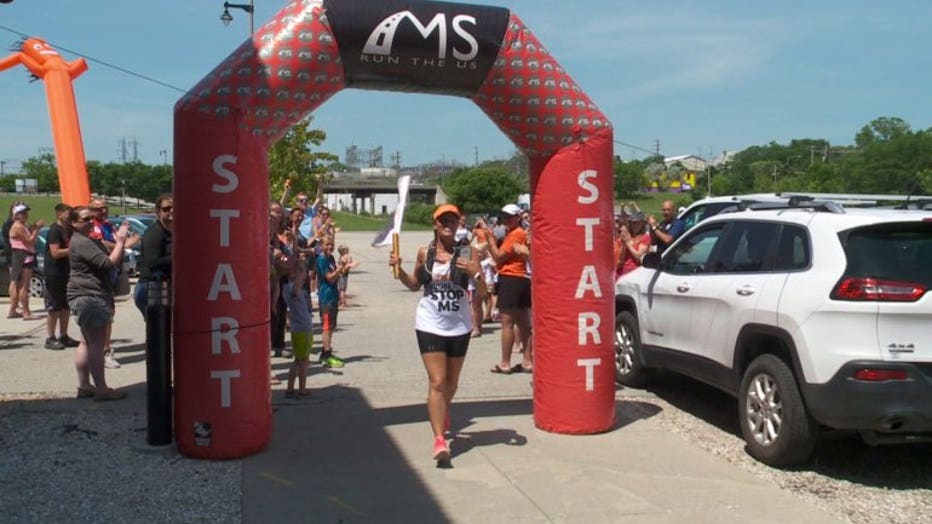