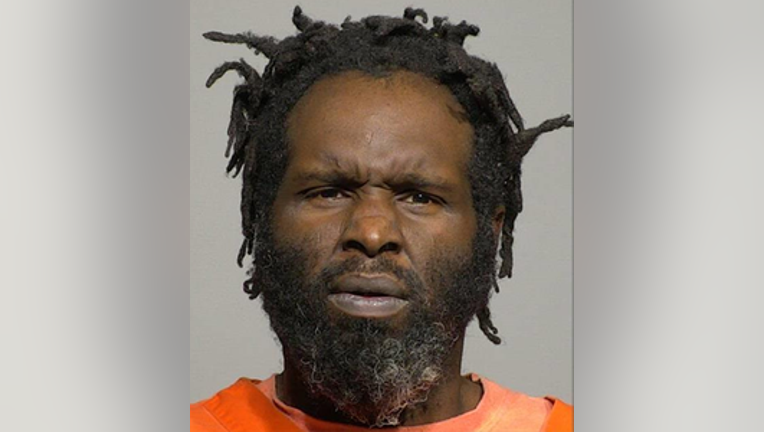 According to a criminal complaint, police were called to a bank robbery on Fox Point on October 2, 2018. There, surveillance video showed a masked robber -- later identified as Scott -- entering the bank. An employee told police that she started filling his backpack with money after receiving a note.

The next day -- October 3, 2018 -- police were called to a bank robbery in Glendale. Surveillance video of the robbery showed the suspect wearing the same clothing and mask as the Fox Point incident. An employee at the bank told police that she was handed a note that read "I have a police scanner and a gun." She also told the police that the robber told her: "Hurry up! This ain't your money. It's the white people's money."

Later that same month, Cudahy police were called to a robbery on October 23, 2018. There, an employee told police that the suspect said "I have a gun. Give me all your 50s and 100s. No dye packs." Surveillance showed the suspect wearing the same mask as the suspect in the Fox Point and Glendale robberies.

Following the Cudahy robbery, the complaint states that police located and arrested Scott at his home. There, police found the mask in his car and a black backpack, black gloves and a stopwatch that the suspect was wearing in all three incidents.

When questioned by police, Scott said:

"I did what I did it is what it is, I know I am going to jail. I didn't have no gun, they thought I had a gun. I didn't do nothing violent and I didn't hurt nobody...They gave me the money, I left. I just needed some (expletive) money. What the (expletive) I robbed a couple banks, I knew what I was signing up for."

He was charged with three counts of robbery of a financial institution.