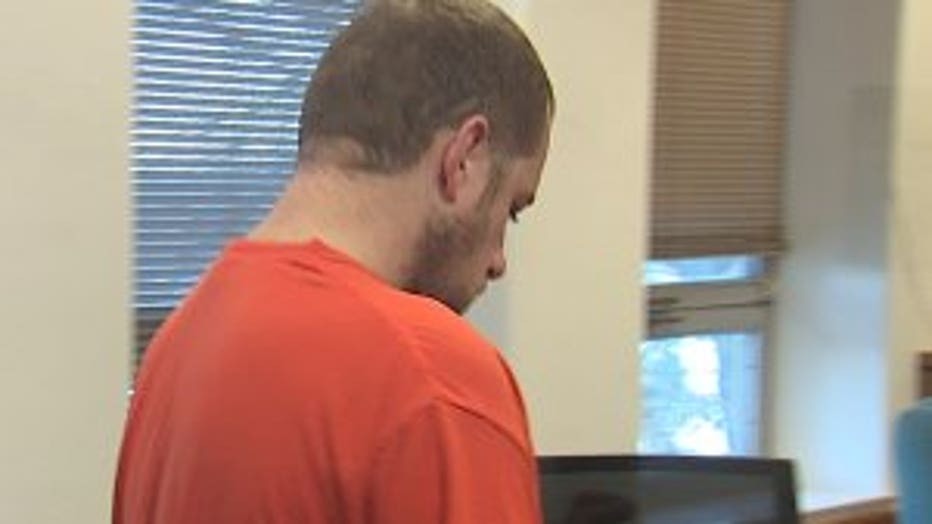 WAUKESHA -- Thomas Chadwick, a man accused of backing a vehicle over a Waukesha Police officer before leading authorities on a 65-mile chase, appeared in Waukesha County court on Thursday, Jan. 2 for a preliminary hearing.

In court Thursday, we hear from one of two Waukesha police officers hit by the vehicle in December. 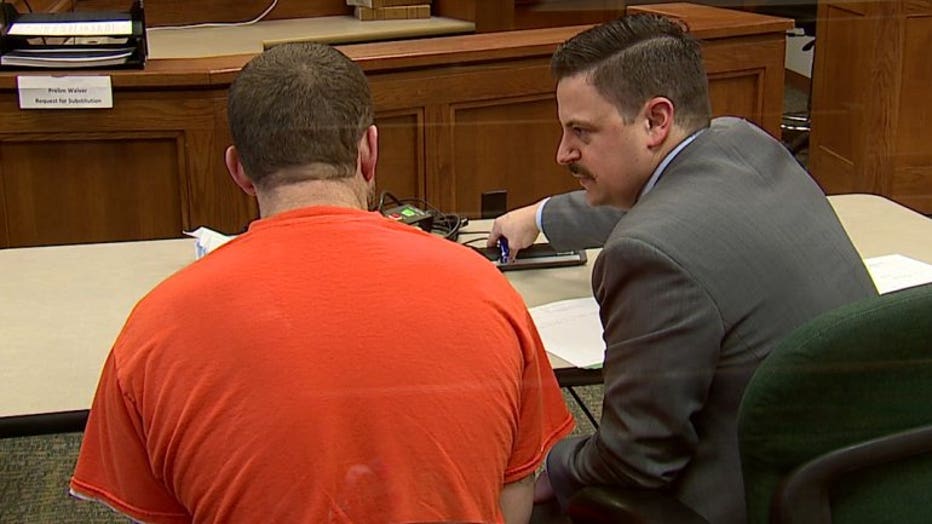 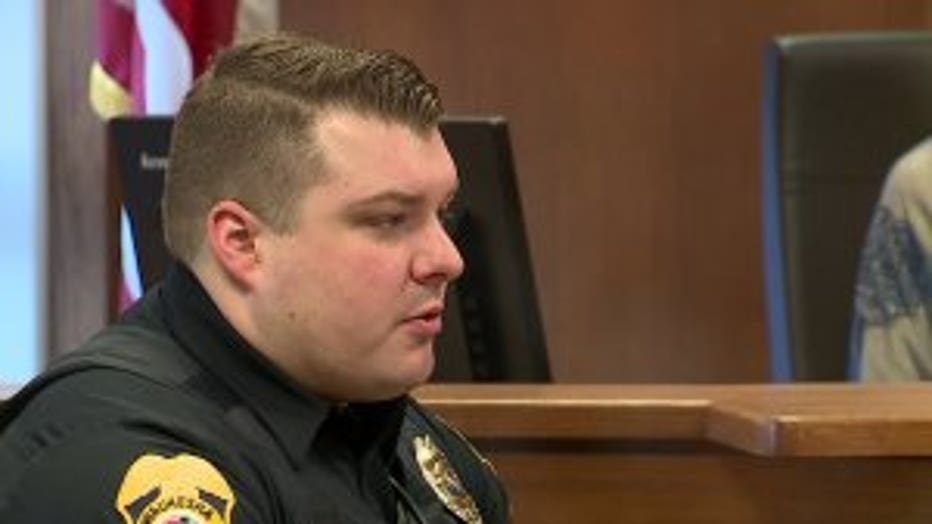 "While I was trying to get the keys out of the ignition, he was actively trying to start the car," said Officer Benjamin Kujawa of the Waukesha Police Department.

Kujawa relived what happened on Dec. 11 when he came in contact with Chadwick.

"I delivered contact appointments with my taser which were ineffective," Kujawa said.

Investigators say the 35-year-old was wanted for violating his probation -- planning to steal. 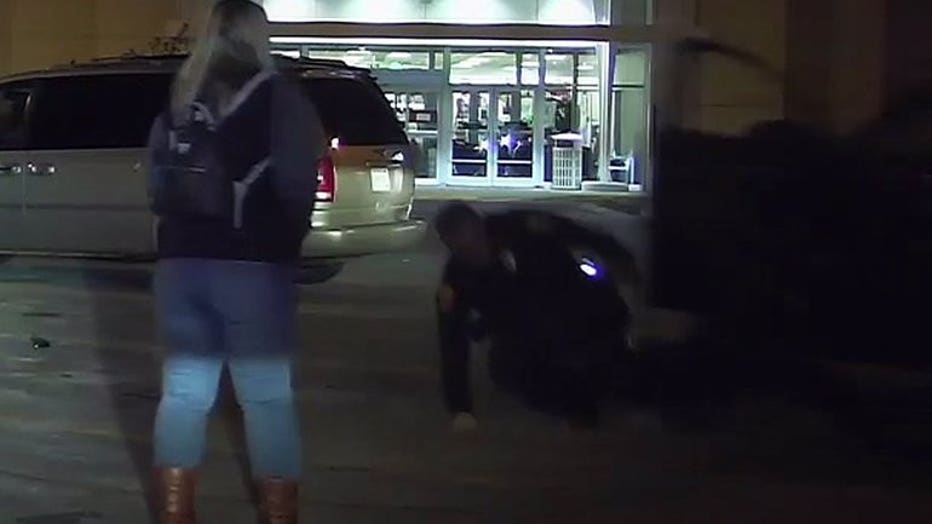 "We were given information that he was at Kohl's to commit possibly a retail theft," Kujawa said.

Kujawa said when he and another officer approached Chadwick inside the car, the driver's side door was open. As they fought to get Chadwick out of the car, he put the vehicle in reverse at a high rate of speed.

"I fell first. Officer Sanford, I believe, was still holding onto Thomas at the time -- and ultimately fell and his right arm was run over by the vehicle," Kujawa said.

The violent struggle was caught on dashcam video. 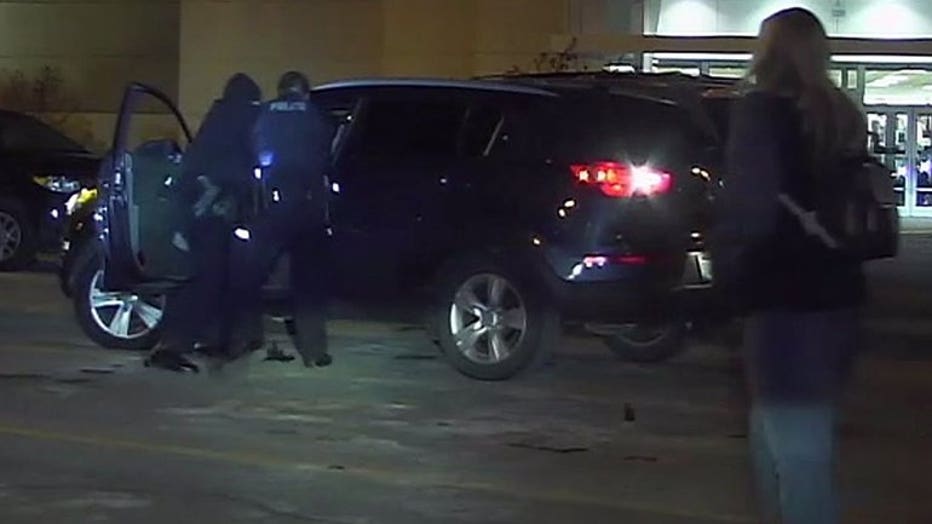 "Once we were both on the ground, the driver didn't make any attempt to see if we were OK," Kujawa said.

Prosecutors say Chadwick then sped off and started a 65-mile pursuit through nine communities. It all ended after stop sticks were deployed.

Chadwick's attorney argued on Thursday probable cause does not exist for the recklessly endangering safety.

"I don't think it's plausible to believe that someone could have died in that circumstance," said Paul Crawford, defense attorney. 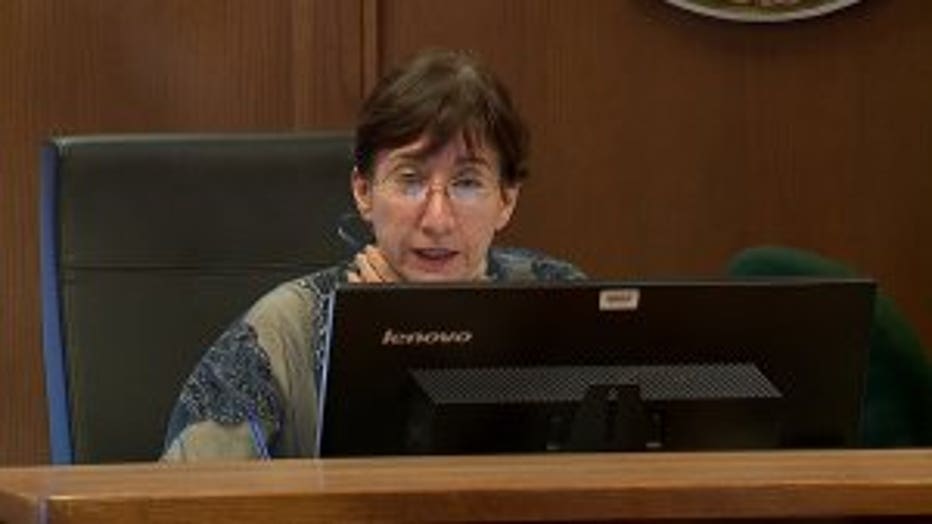 However, the judge found there is enough evidence to bind Chadwick over for trial.

In court Thursday, the judge found probable cause to bind Chadwick over for trial. Chadwick is scheduled to enter pleas to the charges against him on Jan. 30.