A Milwaukee man is charged with first-degree reckless homicide for a shooting near 95th and Allyn that left a 15-year-old boy dead on June 28.

MILWAUKEE - A Milwaukee man is charged with first-degree reckless homicide for a shooting that left a 15-year-old boy dead on June 28.

Prosecutors accuse Taeshaun Chapman, 19, in the shooting that killed Dechale Hampton near 95th and Allyn.

Police were called to the area around 3:50 a.m. the morning of the shooting. There, officers found the 15-year-old Hampton unconscious and without a pulse. An autopsy later determined Hampton had three gunshot wounds all caused by the same bullet, and the medical examiner's office ruled his death a homicide.

According to a criminal complaint, a witness told police that he was getting into his car when he saw Hampton and another person fighting and heard three gunshots. The witness said he saw someone "punching" Hampton until he fell to the ground. There were several other people there, the witness said, who then got into two vehicles and drove off.

The complaint states there was also a report around the same time that morning of an alleged car break-in less than a quarter-mile from where Hampton was shot. The person who called police said three people were breaking into a car, but they ran off when someone yelled at them. 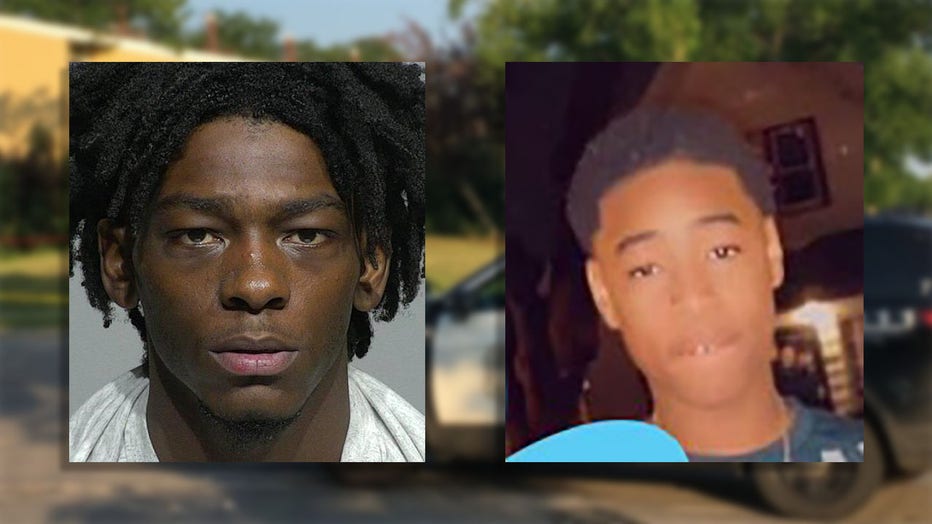 Police got in touch with that car's owner. The owner said she, Chapman and others drove off looking for the people who they believed were trying to break into the car, per the complaint. She said they found the three who they suspected. The three then scattered, and Chapman and the other people she was with got out and chased after them. The owner said she heard gunshots and saw Chapman punching the victim "repeatedly in the face" before they all drove off and Chapman said: "I think I shot him."

In an interview with police the next day, Chapman admitted that he was woken up by yelling when someone was allegedly breaking into the car. He said he and the others went looking for three people they believed to have been involved and found them, but they scattered. Chapman said he chased Hampton and caught up to him but was "juked," slipped and shot at Hampton three times. He said he realized Hampton was shot, left and hid the gun.

In addition to homicide, Chapman is charged with misdemeanor bail jumping.