It was a beautiful – and somber – morning at Milwaukee's lakefront as dozens gathered to remember what happened on that day 20 years earlier.

"Twenty years ago today it was a beautiful morning in Washington D.C. I was a member of Congress at the time," said Milwaukee Mayor Tom Barrett. "I got up from my desk and went to the window and looked out the window of my congressional office and saw the smoke billowing out of the Pentagon."

"We will never forget the horrific images and sounds of that day which would change our nation forever," said Milwaukee County Executive David Crowley.

Wreaths were laid out in honor of the fallen, and the War Memorial Center opened its 9/11 exhibit to the public – allowing all to reflect on the history. 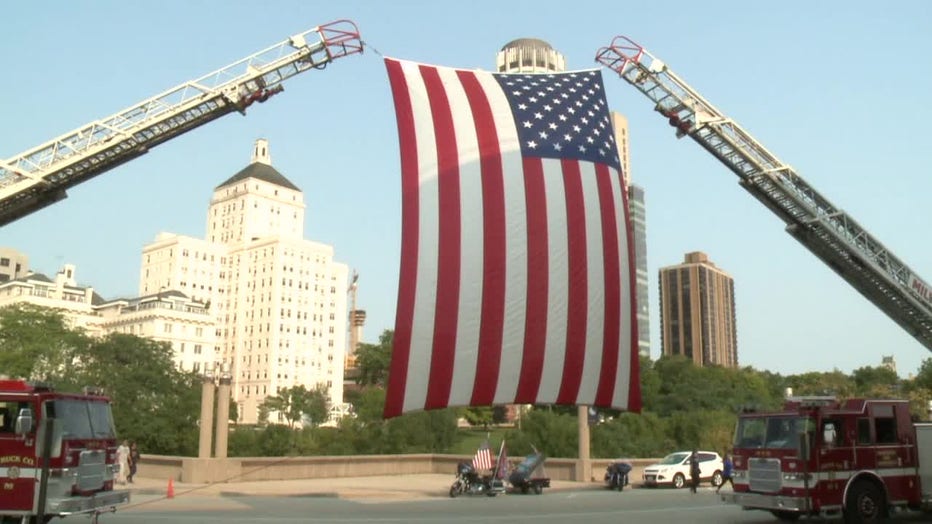 Those who spoke recalled the unity in the days that followed.

"We saw unity and resilience. We saw this nation come together," Barrett said.

"We realized that unity is our biggest strength," said Crowley. "When we work together, anything is possible."

That unity shines through 20 years later.

The Wisconsin 9/11 Memorial & Education Center in Kewaskum was filled with people commemorating the attacks' 20th anniversary on Saturday.