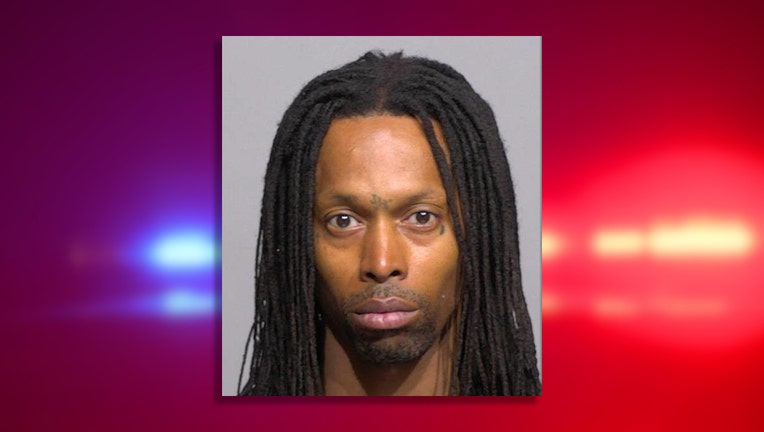 MILWAUKEE - A 37-year-old Milwaukee man has been charged in connection to a north side shooting that left two men seriously wounded on April 19.

Prosecutors say Quindriquez Evans shot the victims near 24th and Clarke after a car sale took a violent turn.

Police were called to the scene around 5:40 p.m. There, officers found one victim unconscious in a minivan and another victim on the grass outside the van. Both victims had gunshot wounds to their chests and were taken to the hospital in critical condition.

A witness told police they saw a man -- since identified as Evans -- walk up to the van's passenger side and state "gimme the money." The witness said a passenger gave Evans money. The witness said Evans then shot the passenger, walked around the van and shot the driver. Another witness said, before shots were fired, they saw the gunman's vehicle pull in front of the victims' minivan in such a way that they'd be unable to drive away.

In an interview with police, one of the victims identified Evans as the shooter and stated they had a business dealing earlier that day. The victim had listed a vehicle for sale on an app, and the two met at a Milwaukee police station to complete the sale. Evans continued to contact the victim after the swap, a criminal complaint states, demanding his money back while threatening to kill him.

Just prior to the shooting, the victim said he handed Evans $3,000 before he was shot and Evans went to shoot the second victim.

In all, Evans is charged with armed robbery, possession of a firearm by a felon and two counts of first-degree reckless injury.

A preliminary hearing in the case is scheduled for May 6.

16-year-old Rashaun Seaberry pleaded not guilty on Wednesday, April 28 to charges in connection with a fatal shooting at 5th and Melvina in Milwaukee.

Former police chief files lawsuit to get job back in Milwaukee

Former Milwaukee Police Chief Alfonso Morales filed a lawsuit on Wednesday, April 27 in the hopes of getting his job back.