MILWAUKEE - The 2021 NBA Champion Milwaukee Bucks have released their full schedule for the upcoming season. The tipoff of the regular season will be Tuesday, Oct. 19 against the Brooklyn Nets at 6:30 p.m. on TNT.

Milwaukee will play seven games in October, 14 games in November, 16 games in December, 15 games in January, 10 games in February, 14 games in March and six games in April this regular season. 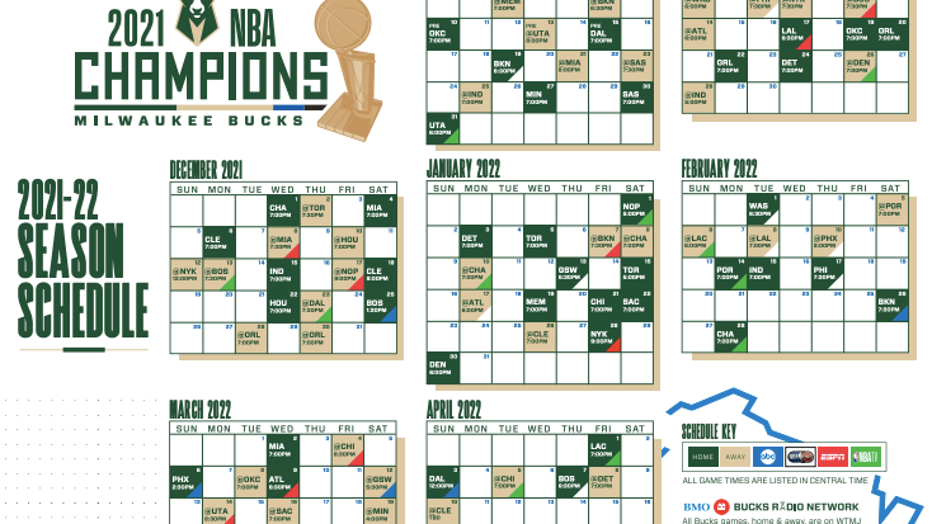 Twenty-five of Milwaukee’s regular-season games will air on national television this season, with 10 coming on TNT, 10 on ESPN and five on ABC, which includes a Christmas Day matchup at Fiserv Forum against the Boston Celtics on Saturday, Dec. 25 at 1:30 p.m. CT. This will be the fourth consecutive season the Bucks will play on Christmas Day and the second straight season they will host a game in Milwaukee.

Aaron Rodgers hopes to play 2021 season 'with the right perspective'

Aaron Rodgers may be ready to lace up his cleats for the Green Bay Packers for the 2021 season, but anything after that is cloudy.