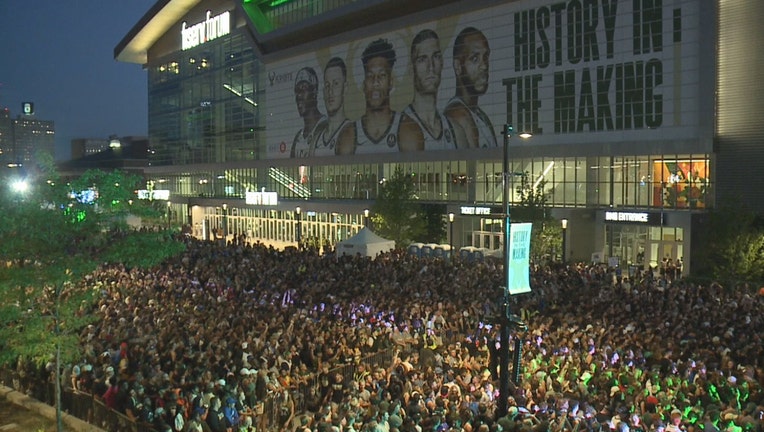 Deer District during the 2021 NBA Finals

MILWAUKEE - Milwaukee Bucks playoff watch parties will return to the plaza in the Deer District outside Fiserv Forum for the 2022 playoffs for every home and road game, a release said Friday, April 15. The first one is scheduled for Game 1 of the Bucks’ First Round series against the Chicago Bulls on Sunday, April 17.

Fans planning to attend the Bucks Watch Parties should enter on the south side of the plaza near the intersection of Highland Ave. and Vel R. Phillips Ave. 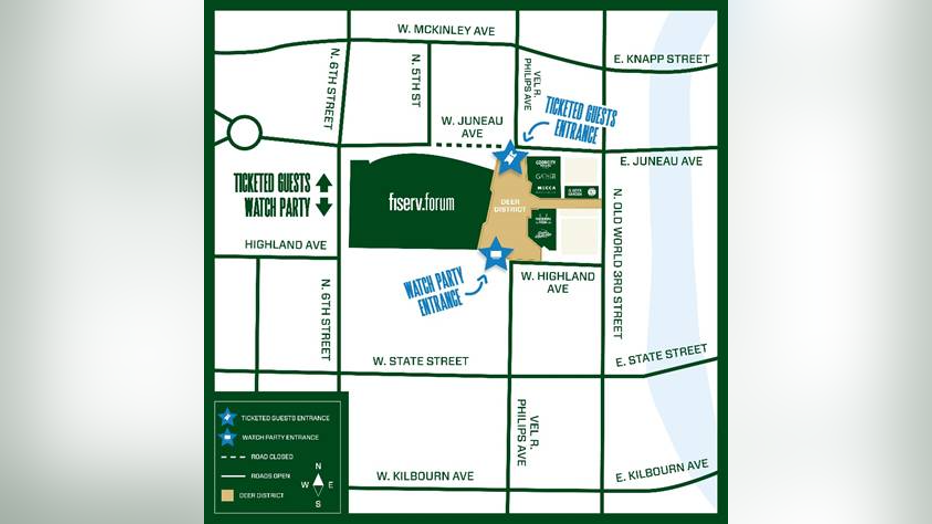 Fans with tickets to that day’s Bucks game should enter on the north side of the plaza near the intersection of Juneau Ave. and Vel R. Phillips Ave.

Fans planning to be in Deer District for any playoff game should note that Juneau Ave. will be closed for traffic between Fifth St. and Vel R. Phillips Ave.

Bucks Playoff Watch Parties, presented by Motorola edge, will have all the entertainment and excitement that Bucks fans have grown accustomed to. The Bucks Entertainment Network will be on site to bring the energy while surprise guests are scheduled to make appearances throughout the playoffs. The first 2,500 fans to attend each Bucks Watch Party during the First Round will receive "Bang a Banners" courtesy of Gruber Law Offices LLC.