Baseball is back but some ticket holders worry they’ve been thrown a curve ball. Game dates are shifting, but many fans are just happy to play ball!

MILWAUKEE - Baseball is back but some ticket holders worry they’ve been thrown a curve ball.

Game dates are shifting, but many fans are just happy to play ball! 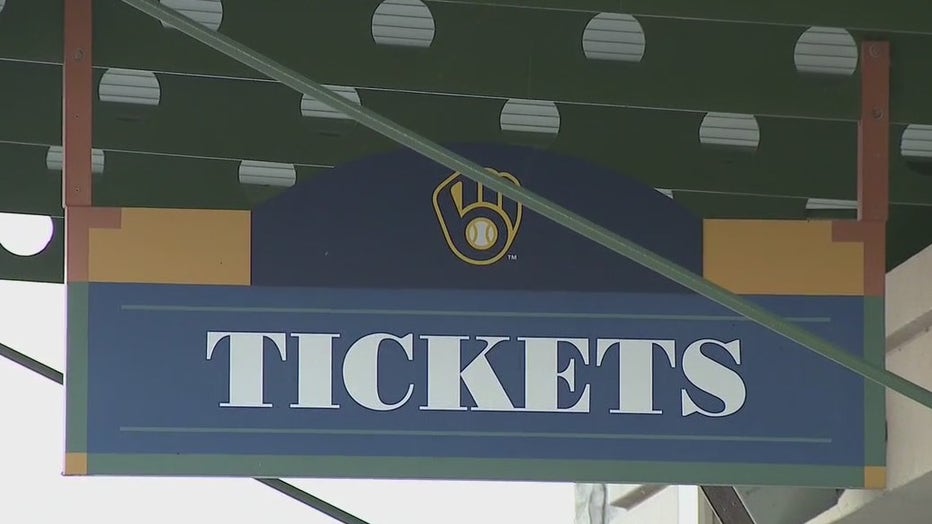 Joseph Eisenhauer is first in line for tickets…

The truth is, he’s been waiting a lot longer.  It wasn’t until Thursday that Major League Baseball and the players’ union reached an agreement to end the sport’s second-longest lockout.

"To be honest with you, I don’t like the whole greedy aspect of dragging things out.  I think things could be settled sooner.  The little guy gets hurt," said Eisenhauer.

The Brewers' home opener shifts from March 31 to April 14, which is why so many are camped outside the ballpark Friday.

To celebrate, the Brewers sold 5,000 home opener tickets for a Milwaukee Day price of $4.14. They sold out in less than 90 minutes.

So, what happens to fans who bought tickets for the March 31 game?

"They said, just come down and have your tickets and exchange them."

Brewers president rick Schlesinger says fans with tickets to the original home opener will get first dibs on seats for the 4-1-4 game.  for those who previously purchased tickets for April 14 thinking it was a regular game. Schlesinger says the brewers will try and find you a new seat or offer a refund.

If you are still concerned about your ticket – the Brewers will be reaching out to everyone impacted by email.

The Milwaukee Brewers announced a $4.14 terrace level home opener tickets offer to fans. It sold out in less than 90 minutes.