MILWAUKEE - Opening day 2021 will be unlike any other, with fewer fans at the ballpark and changes surrounding game day.

Those going to the Brewers game aren't the only ones dealing with change. Local bars and restaurants are preparing ahead of the first pitch.

Because there is no tailgating at the ballpark for opening day, local bars say they don't know what to expect when it comes to crowds coming to their establishments. However, they say they're ready; preparations have been underway all week.

Jack's American Pub on Brady Street is excited to welcome back baseball fans. The restaurant is preparing shuttles and sanitizing stations before the big day.

"We will have lots of fun specials, maybe some giveaways," said Heather Shea with Jack's American Pub. "We have been asking people to remain seated. We have sanitizer at all the doors and we’re just really excited to be welcoming more people to opening day." 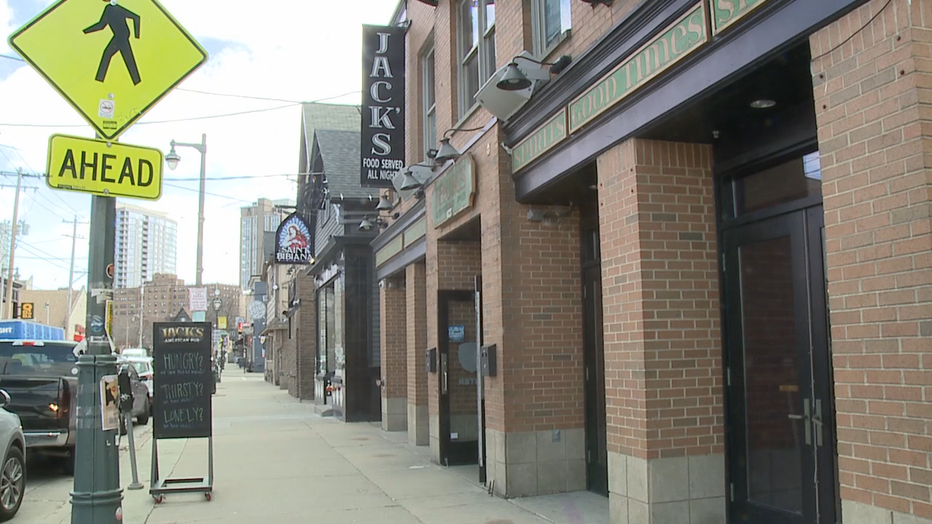 The shuttles will operate at 50% capacity with a mask requirement and social distancing. Because there isn't tailgating to start the season, they are planning for more baseball lovers to watch the game at the restaurant.

"We’re really excited to be welcoming a lot more fans watching the games, a lot more games in the bar," Shea said.

Closer to American Family Field, 4th Base restaurant has some tricks in the bullpen to prepare for the extra fans.

"One of the big differences for us is a lot of portioned-out sides and sauces things like that, where you’re eliminating people touching bottles of ketchup bottles of sauces," said C.J. Papara, manager at 4th Base. Papara said the biggest challenge will be making sure customers feel safe.

"It’s definitely different from being on Bluemound, being east of us in the city of Milwaukee where their rules are a little bit more strict," Papara said.

Even though some things aren't the same this year, the tradition of baseball is always a home run.

As far as the shuttles to American Family Field go, and which places are running them, visit mlb.com/brewers/ballpark.

The Milwaukee Brewers take the field for opening day April 1 and FOX6 News stopped by American Family Field Tuesday, March 30 to take a look at one of the main attractions.

Brewers first baseman Keston Hiura talks about the rise in attacks on Asian Americans and tells FOX6's Lily Zhao if change is possible.

Brewers fans are eagerly anticipating the start of the regular season -- just to get back into the ballpark. But the Brewers organization is just more than about baseball.