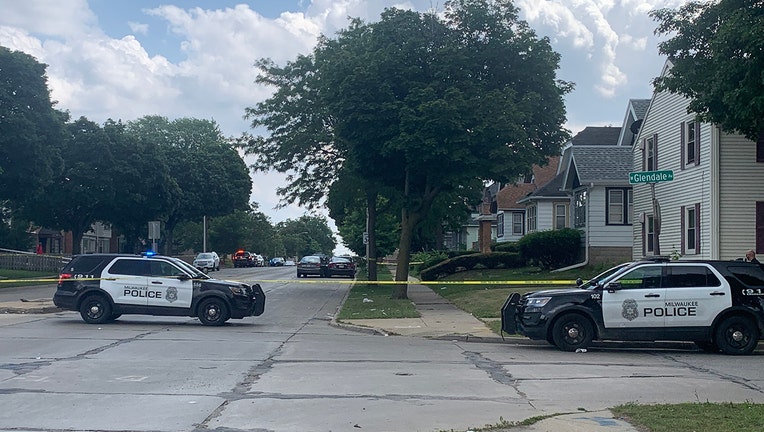 Milwaukee police at shooting scene near 27th and Glendale on July 24, 2021.

MILWAUKEE - The Milwaukee Police Department responded to two shootings within two miles of one another on Saturday, July 24.

The victims in both shootings sustained non-life-threatening injuries.

The first shooting happened near 28th and Villard around 9 a.m. The victim, a 31-year-old woman, did not require medical treatment for her injuries.

What led to the shooting remains under investigation. Police continue to seek a known suspect.

Just before 2 p.m., a 16-year-old boy was shot near 27th and Glendale. He was taken to the hospital for treatment.

Anyone with information about either shooting is asked to contact the Milwaukee Police Department at 414-935-7360; to remain anonymous, call Crime Stoppers at 414-224-TIPS or use the P3 tips app.

The Milwaukee Police Department said some of what happened after the Milwaukee Bucks NBA Finals win was ''not surprising,'' but there are investigations open.

Police are investigating two shootings that happened Friday night in the city of Milwaukee.