MEQUON, Wis. - Early voting is underway in an attempt to recall four members of the Mequon-Thiensville Board of Education.

The recall effort is one of several in the state to unseat school board members.

Four of the seven Mequon-Thiensville board members are being challenged. The successful recall petition effort, with its beginnings more than a year ago, was in response to the district's handling of the coronavirus pandemic, arguing those decisions have had an academic impact on students. 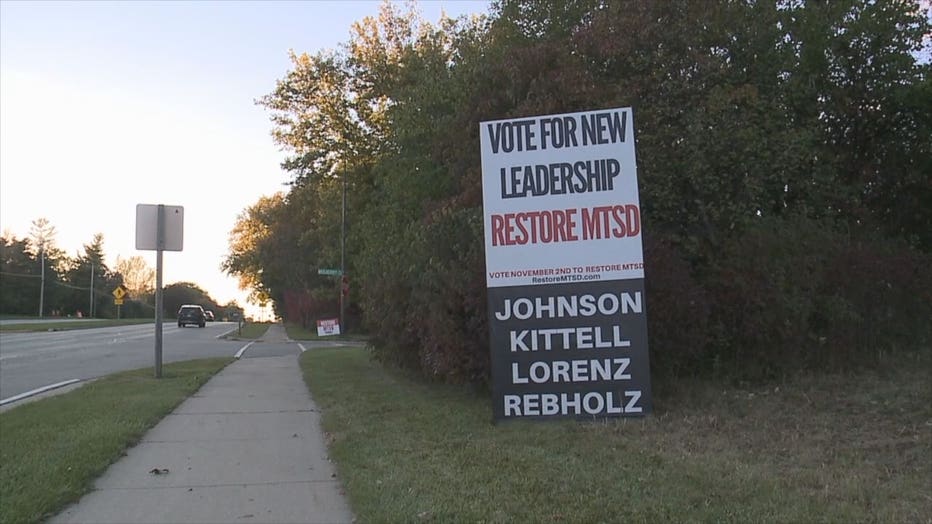 Signs of supporters of the effort and those supporting the incumbents dot yards throughout the district in what has become a hot-button topic. 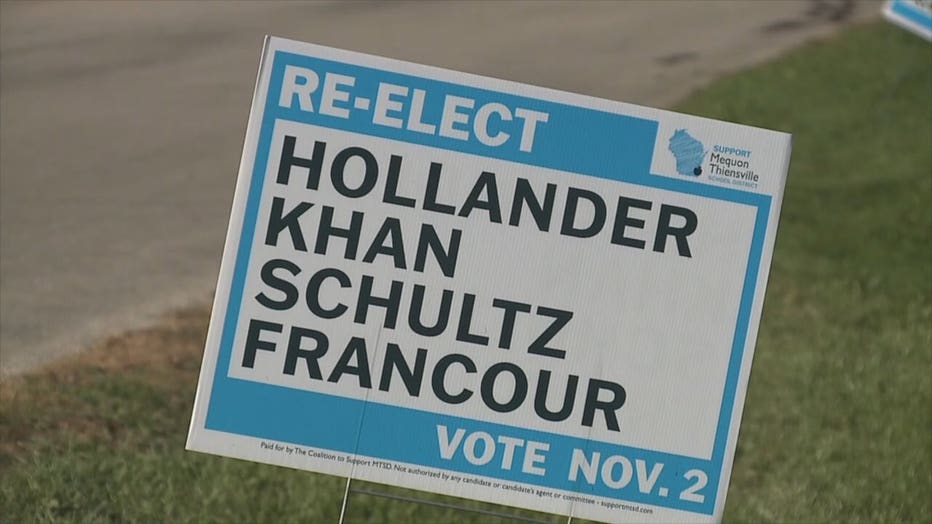 Four former Mequon mayors, as well as current Mayor John Wirth, sent out a letter earlier in October in support of the current board, saying while they may not agree on the issues being presented by the challengers, they are in agreement that this is an inappropriate use of the recall process, that it sets a bad precedent and if recalls are based on policy disagreements, then there is a risk of having a never-ending election process. 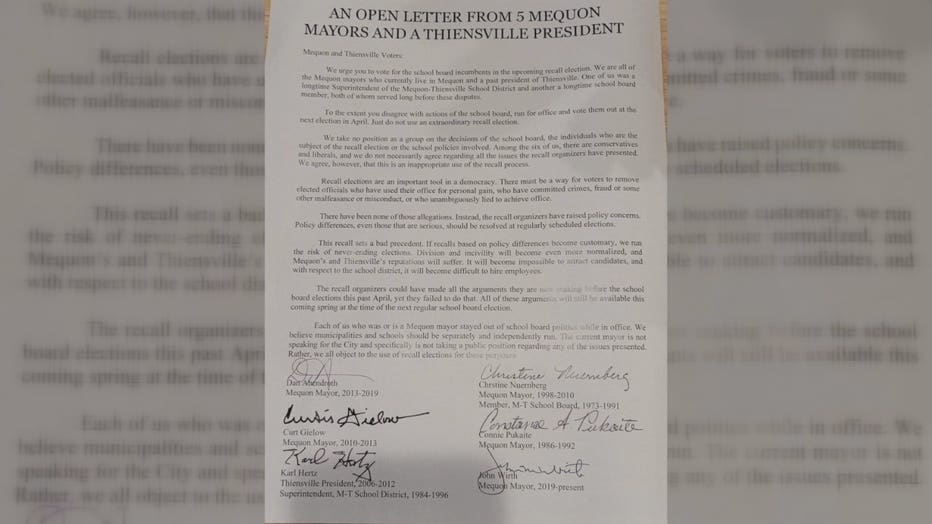 The school district has to pay for the entirety of the recall and has had to adjust its budgeting, allocating $15,000 for the recall.