Members of Amazing Grace Chorus inspire audiences and each other: “If it wasn`t for music, I wouldn`t be here”

Members of Amazing Grace Chorus inspire audiences and each other: "If it wasn`t for music, I wouldn`t be here"

MILWAUKEE -- Music can be a powerful thing -- and one group is proving that music can heal. An unforgettable chorus is inspiring its audiences -- and each other.

"Whether it`s perfect or not, you`re trying," Pearl Cannon said.

The 'Amazing Grace Chorus' recently performed at the Milwaukee School of the Arts. 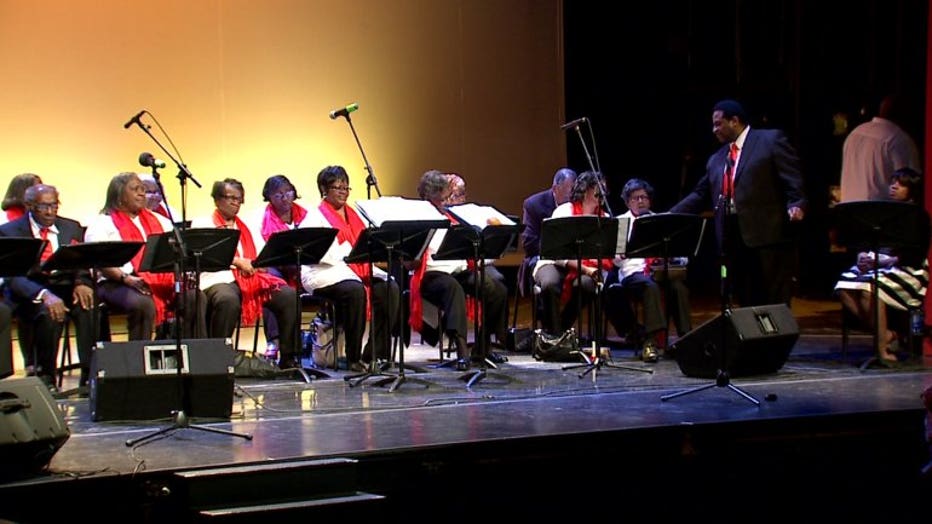 "The people in the audience can hear what I can do," Wallace Phillips said.

None of the chorus' members ever envisioned they'd be on stage, and they didn't think of themselves as performers.

These chorus members share a gift they discovered much later in life, and they're using their voices to raise awareness.

"It`s a challenge for you to think that, 'wow, I get up in the morning and I don`t know what time I got up.' Or say something to your significant other and you don't know whether you said it or not," Wallace Phillips said.

Each member of the Amazing Grace Chorus has been affected by memory loss. They're either living with dementia or Alzheimer's Disease, or they're caring for someone who is. 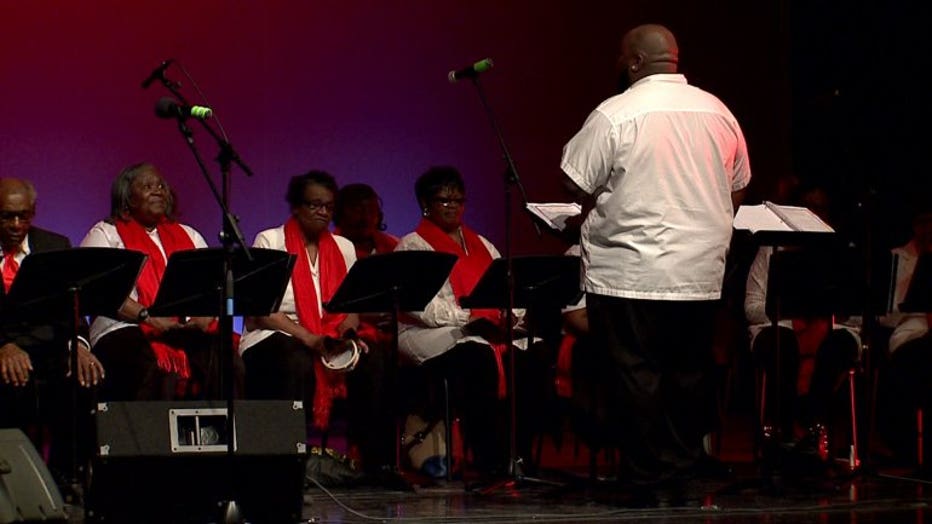 "It`s nothing to be embarrassed about. I`m doing all I can to keep him active. I don`t want him isolated," Pearl Cannon said. 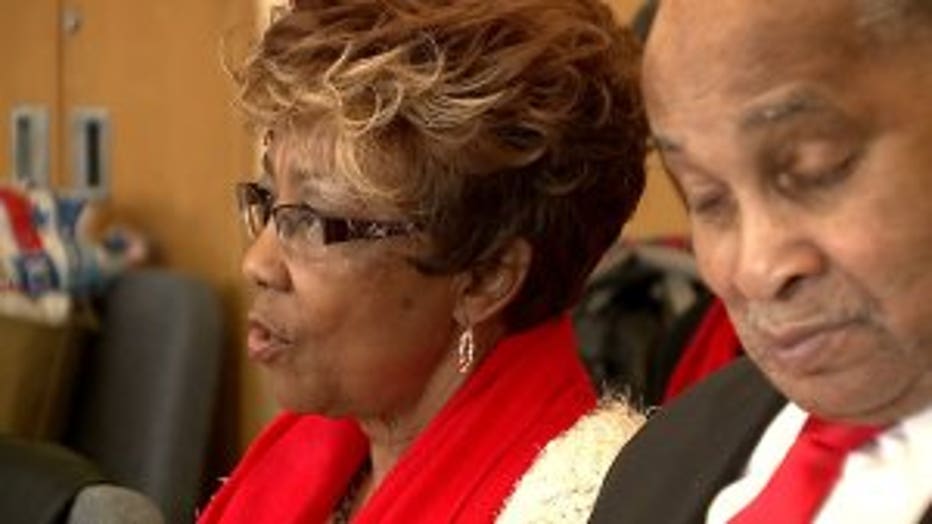 The chorus has been a blessing for Pearl and Charles Cannon. They've been a part of the chorus for more than a year.

"He said, 'I feel like something`s happening to my memory. I think I`m getting dementia,'" Pearl Cannon said.

Charles Cannon is a man of few words.

"There`s a person inside, even though he has dementia," Pearl Cannon said.

Pearl, Charles' wife, has been his caregiver since his diagnosis in 2008.

"He told me 'I believe I will be alright as long as I have the love of God in my heart,'" Pearl Cannon said.

Pearl and Charles Cannon married in 1986. They've shared countless memories over the years, but it's the ones Charles doesn't remember that make things tough at times. 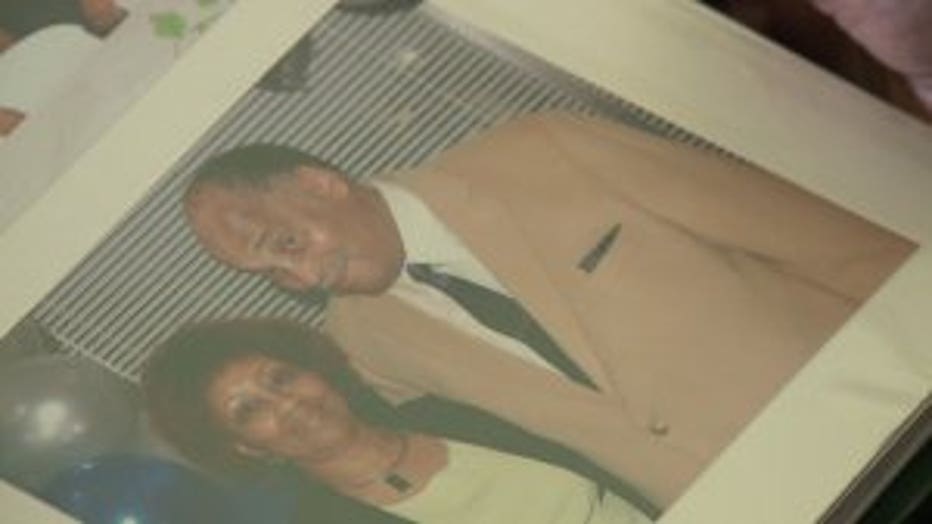 "It's not about the storm that comes in your life, but it's about learning to walk in the rain," Pearl Cannon said.

Each week, Pearl and Charles Cannon practice with the Amazing Grace Chorus.

Each member of the chorus lets them know they're not alone.

"You feel comfortable because you`re with people in the same situation as you are," Pearl Cannon said.

Music can be like medicine -- giving chorus members confidence and needed support.

"If it wasn`t for music, I wouldn`t be here. I think that`s what`s keeping me alive," Wallace Phillips said.

"(Memory loss) is not something that should be hidden. It should be embraced," Delois Johnson said.

Like the song that is their namesake, "Amazing Grace," these Amazing Grace Chorus members are finding strength and persevering.

"It`s kind of soul-searching and comforting. I just find assurance in that song," Pearl Cannon said. 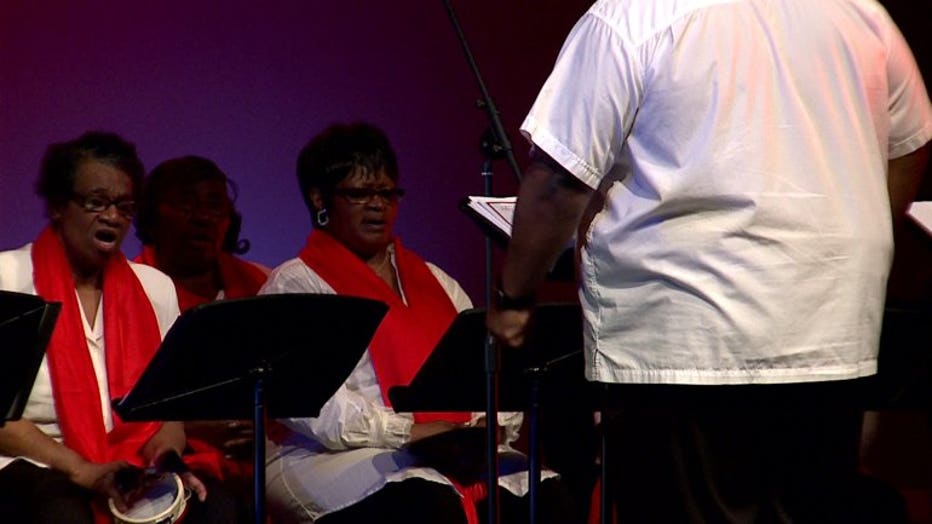 It's not only what they've gained from one another, but the inspiration they show their audience that allows this group that may consist of folks who are forgetful to offer a performance that leaves a lasting impression.

The Amazing Grace Chorus was created by the University of Wisconsin's Alzheimer's Institute. One of that organization's main goals is outreach and education -- especially when it comes to minority communities who are at a greater risk for Alzheimer's Disease.