HARFORD COUNTY, Md. -- A woman and her husband in northeast Maryland found a live World War I bomb while digging in a flower bed.

After the startling discovery Wednesday, Kelly and Shannon Thomas, of Belair, left the round where they found it and called the Harford County Sheriff’s Office. 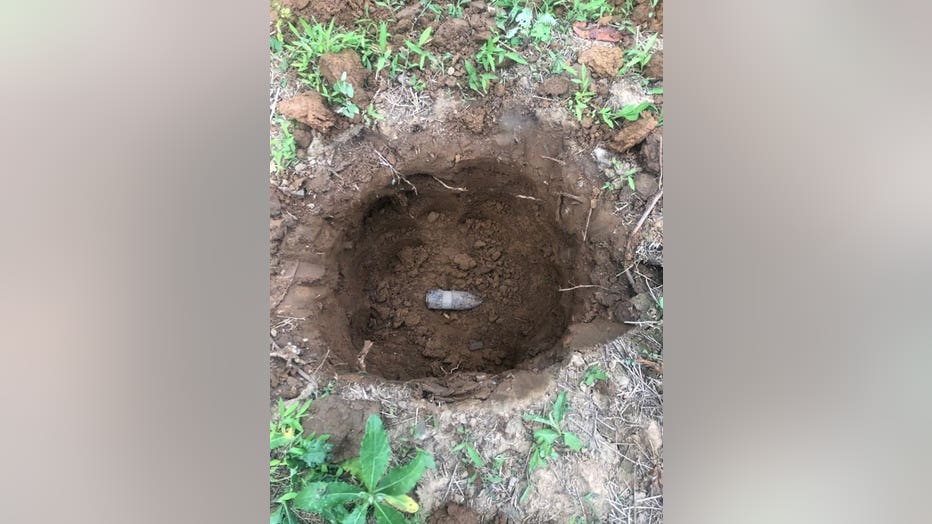 “After examining the device, it was determined that the best course of action was to conduct an emergency disposal to render the ordnance safe,” the Maryland Office of the State Fire Marshal said Thursday in a news release. “Bomb Technicians disposed of the potentially dangerous round on the scene.”

The unexploded military ordnance, determined to be a 37 MKI projectile, made its way to the Thomas’ flower bed from the Aberdeen Proving Ground on the Chesapeake Bay 10 miles away.

“The discovery of military ordnance from WWI & WWII is not uncommon in Maryland, and these devices pose the same threat as the day they were originally manufactured,” according to the news release.