A video showing a Marine master sergeant getting choked up while saluting his son after becoming a second lieutenant has gone viral.

The father, identified as Master Sgt. Michael Fisher, posted the video to TikTok where it has racked up over 3 million views in just a few days.

"Rendering my son his 1st salute!" Fisher captioned the video.

"I’ve watched you grow and mature and become the man that you are today," Fisher, who was in his dress blues, said. "You have always been respectful by saying, ‘Yes, sir, no sir; yes ma’am, no ma’am.’ A salute is a sign of respect. It is a privilege to render you your first salute." 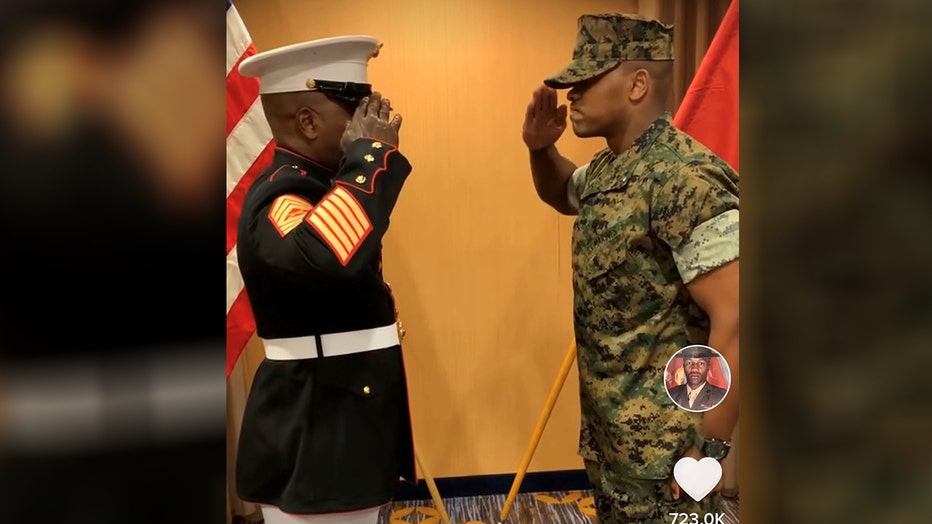 The two men are about a foot away from each other, and Fisher slowly raises his right hand to his right brow. He chokes up and continues, "It’s even a greater honor to say congratulations, sir, for your commission."

The son, who is dressed in his utility uniform, salutes his father.