LONDON — In a medical first, a French surgeon says he has performed a second face transplant on the same patient — who is now doing well and even spent a recent weekend in Brittany.

Dr. Laurent Lantieri of the Georges Pompidou hospital in Paris first transplanted a new face onto Jerome Hamon in 2010, when Hamon was in his mid-30s. But after getting ill in 2015, Hamon was given drugs that interfered with the anti-rejection medicines he was taking for his face transplant. 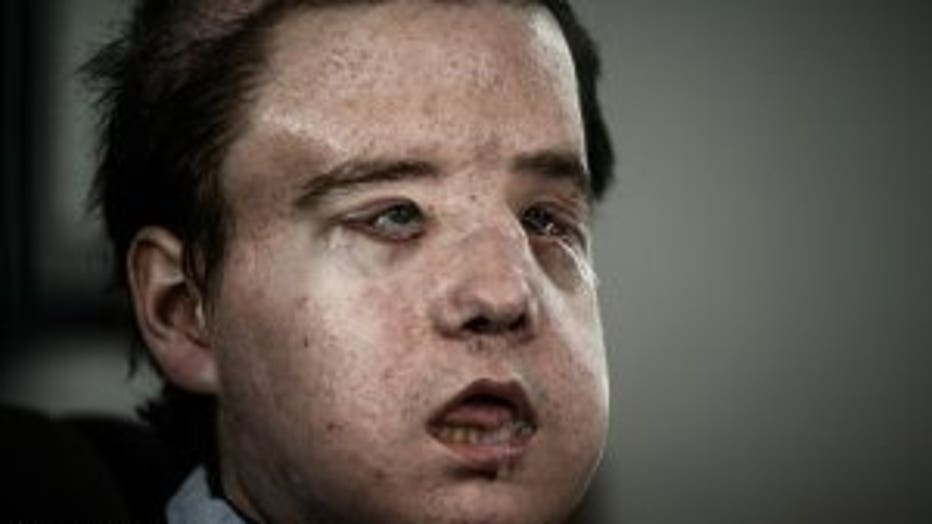 Jerome Hamon, the first man in the world to twice undergo a face transplant after flu tablets incompatible with his anti-rejection treatment led to the first attempt to fail, poses on April 13, 2018 at the Hopital Europeen Georges-Pompidou in Paris.

Last November, the tissue in his transplanted face began to die, leading Lantieri to remove it.

That left Hamon without a face, a condition that Lantieri described as "the walking dead." Hamon had no eyelids, no ears, no skin and could not speak or eat. He had limited hearing and could express himself only by turning his head slightly, in addition to writing a little.

"If you have no skin, you have infections," Lantieri told The Associated Press on Tuesday. "We were very concerned about the possibility of a new rejection."

In January, when a second face donor for Hamon became available, Lantieri and his team performed a second face transplant. But before undergoing the second transplant, doctors had to replace all of the blood in his body in a monthlong procedure, to eliminate some potentially worrisome antibodies from previous treatments. 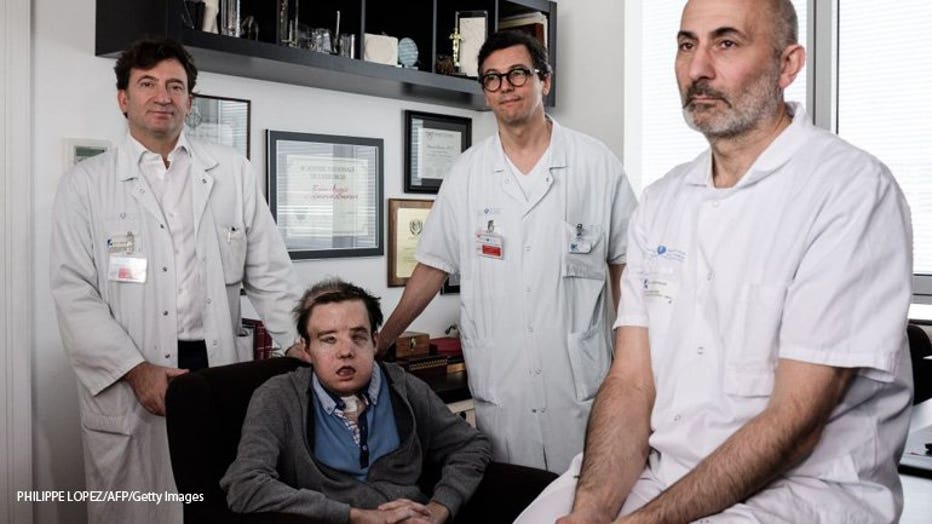 French medicine professor Laurent Lantieri (R), a specialist in hand and face transplant, poses with members of his team and his patient Jerome Hamon on April 13, 2018 at the Hopital Europeen Georges-Pompidou in Paris. Hamon is the first man in the w

"For a man who went through all this, which is like going through a nuclear war, he's doing fine," Lantieri said. He added that Hamon is now being monitored like any other face transplant patient.

Hamon's first face was donated by a 60-year-old. With his second transplanted face, Hamon said he managed to drop a few decades. 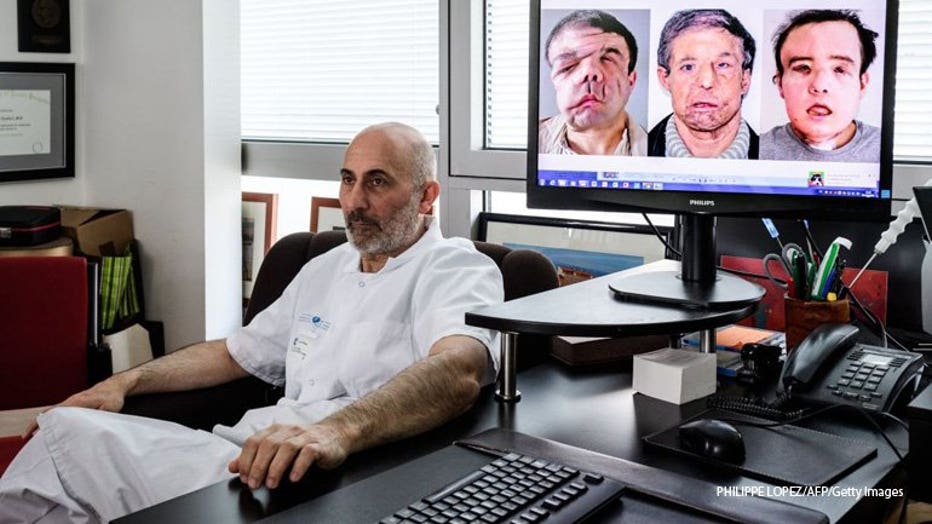 French medicine professor Laurent Lantieri, a specialist in hand and face transplant, poses next to a screen showing different steps of his patient Jerome Hamon's surgery on April 13, 2018 at the Hopital Europeen Georges-Pompidou in Paris. Hamon is t

Other doctors applauded the French team's efforts and said the techniques could be used to help critically ill patients with few options.

"The fact that Professor Lantieri was able to save this patient gives us hope that other patients can have a backup surgery if necessary," said Dr. Frank Papay, of the Cleveland Clinic. He said the techniques being developed by Lantieri and others could help doctors achieve what he called "the holy grail" of transplant medicine: how to allow patients to tolerate tissue transplants from others. 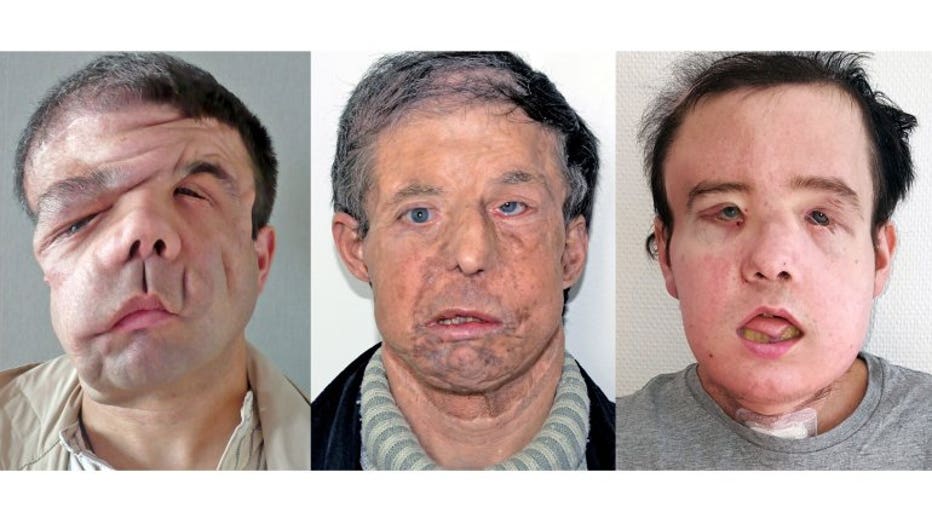 "The more we see what's happening with (face transplant) patients, the more we have to accept that chronic rejection is a reality," Pomahac said. "Face transplants will become essentially non-functional, distorted and that may be a good time to consider re-transplanting." He said it's still unknown how long face transplants might last, but guessed they might be similar to kidneys, which generally last about 10 to 15 years.

"Maybe some patients will get lucky and their faces will last longer. But it will probably be more common that some will have to be replaced," he said, noting there are still many unknowns about when chronic rejection might occur.

Lantieri said he and his team would soon publish their findings in a medical journal and that he hoped cases like Hamon would remain the exception.

"The other patients I'm following, some have had some alteration of their transplant over time, but they are doing fine," he said. "I hope not to do any future transplants like this."