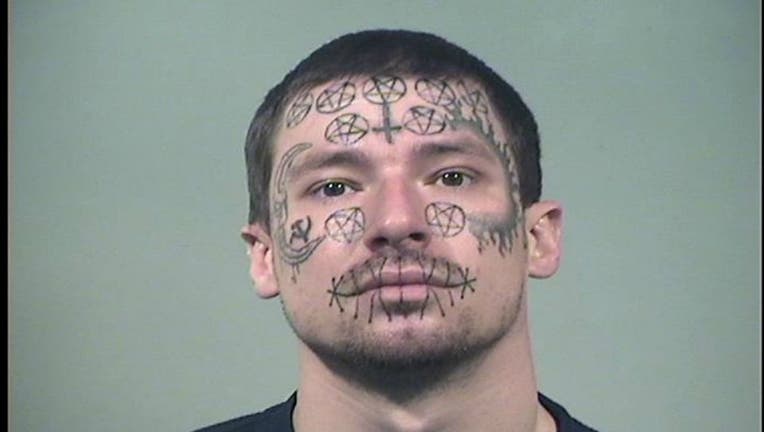 WEATHERSFIELD TWP., Ohio – Ohio police say a man they found in a vehicle parked illegally was wanted on a parole violation after a 2014 conviction for threatening then-President Barack Obama.

According to Weathersfield police, an officer on patrol Wednesday, Dec. 11 was investigating a car parked illegally in a handicapped spot at the Pine Tree Plaza on Route 422.

Police say 33-year-old Christopher Gembicki of Girard was inside the car.

Officer ran a check on Gembicki’s identity and discovered that he was wanted by U.S. Marshals on a parole violation from charges that he made threats against the president.

According to court documents, Gembicki was convicted of threatening President Barack Obama in 2014. The threats were reportedly made on Facebook.

Court records say he made comments about the killing of Obama as well as racial slurs.

Investigators were tipped off by a person who said she saw Gembicki’s posts, including white supremacist and anti-immigration statements. She said he also had “disturbing” pictures, including Gembicki with inverted crosses, “making strange, cult-like poses.”

The woman said Gembicki also posted threats toward her and her family.

When questioning Gembicki, investigators say he admitted to posting threats, saying the threats were directed at people to “make them aware that he knows who they are and that they are on his list.”

He added that he did not have the weapons or means to kill , but if he could kill him, he would, the court records stated. He added that Obama was the “black devil” who is part of the “Black New World Order.”

After his conviction, Gembicki received a 50-month prison sentence, followed by three years of probation.

During his arrest Wednesday, police also discovered that Gembicki had warrants out of Cuyahoga County for charges of possession of narcotic equipment.

Gembicki was being held in the Trumbull County Jail on the outstanding warrants.