MILWAUKEE -- A 22-year-old Milwaukee man, accused of stealing a firearm from a CCW permit holder trying to sell that firearm in the Ashley Furniture parking lot in Richfield -- one of four people taken into custody after this crime has reached a plea deal in the case against him. 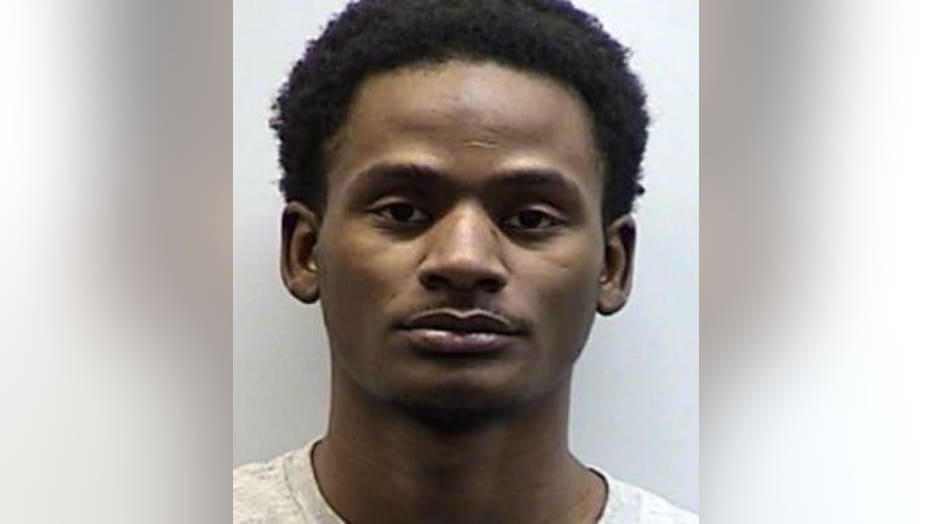 Reed will be sentenced on December 14th.

The incident happened on Tuesday, April 26th in the Village of Richfield.

On that date, officials were dispatched to the Ashley Furniture store on Cabela Way in Richfield for a report of an armed robbery. While en route, dispatch indicated that the suspects had fled southbound in a "beat up black Pontiac" vehicle -- with the victim also headed southbound in a brown Toyota.

Deputies met the victim on I-41, south of Main Street in Menomonee Falls.

According to the criminal complaint, the victim indicated he had posted a firearm for sale on the website "Arms List" and on the morning of April 26th, he was contacted by an individual interested in purchasing the firearm. Arrangements were made for buyer and seller to meet at the Ashley Furniture store.

The victim told investigators about 15 minutes after he arrived at the store, he saw two black men walking on the roadway -- which he thought was suspicious as the suspects apparently didn't arrive in a vehicle. The men approached the victim's vehicle and he motioned for one of them to get into the front passenger seat.

The complaint indicates Reed got into the victim's vehicle.

The victim told officials Reed was "younger than he expected," and that he asked Reed whether Reed had a concealed carry permit. Reed stated that he did not, but that he was going to get it. The victim said Reed had opened his gun case and was looking at his Glock 26 firearm that he was trying to sell.

The victim indicated almost immediately, the second individual opened the driver's side door and held a firearm about eight to 10 inches away from the victim's chest.

The suspects then fled the scene, according to the complaint.

The victim was able to provide authorities with a detailed description of the suspects.

He indicated that when they fled, he had exited his vehicle and drew another firearm that he had on him and yelled at the suspects to stop. He told officials he shot one round straight up into the air, and believed a woman walking to her vehicle in the Ashley Furniture parking lot had seen this.

The victim told authorities he then got into his vehicle and followed the suspects, who apparently entered a driveway. The victim said he then spotted an older, beat up vehicle with one door closing and the other door halfway open. The victim saw three people in that vehicle, which headed southbound on I-41 from Highway 145.

A Monte Carlo was later found near the Woodman's store on 124th Street in Menomonee Falls.

A Germantown police officer indicated that when the vehicle was stopped, four people were inside, including Reed, who was in the back seat on the passenger side of the vehicle.

When an officer looked into the vehicle, the officer saw a jacket with what appeared to be the grip of a Glock handgun protruding from it. The vehicle was searched, and the straps for a "Generation 4 Glock" were located. Officials also found the magazine loader for a Glock. No firearm was located in the vehicle.

The complaint indicates when officials spoke with Reed, he admitted to being in the vehicle when it was stopped. He indicated there were three others in the vehicle as well.

As for the incident at the Ashley Furniture store, the complaint indicates Reed initially denied being involved, but later acknowledged he had been in the area with the three other individuals in the vehicle that was stopped near the Woodman's store.

The complaint indicates Reed initially denied knowing why they were at the Ashley Furniture store, but later indicated that he and one of the other individuals he was with had approached the victim's car, and that he knew they were there to either trade a gun for a gun or to buy a gun.

Reed told officials he was seated in the victim's vehicle, looking at the gun that was for sale, when he noticed that the victim had a gun on him, and he said he "got scared" and "grabbed the gun case and the gun and ran." Reed said he did not see the other individual he was with with a gun, and was unaware if the man had a gun. Reed said as he was running, he realized that at least one shot had been fired by the victim.

Reed said he and the other man with him ran towards the vehicle they arrived in.

Reed said he put the gun and case on the rear passenger seat of the vehicle.

According to the complaint, one of the other three people who was in the vehicle with Reed indicated that items had been thrown from the vehicle in the area near the Woodman's store on 124th Street. This, after the driver of the vehicle spotted a squad car somewhere near Pilgrim Road in Menomonee Falls and "started to get worried."

The complaint indicates Reed said it was most likely the man who was with him at the victim's vehicle who set up the gun buy in Richfield.

The complaint makes reference to 2013 convictions out of Brown County for Reed for felony bail jumping.

Justin Reed made his initial appearance in court in this case on April 28th. Probable cause was found for further proceedings in this case.