MILWAUKEE (WITI) -- Charges have been filed against a man accused of pointing a gun at two Riverside High School employees inside the school on February 3rd. 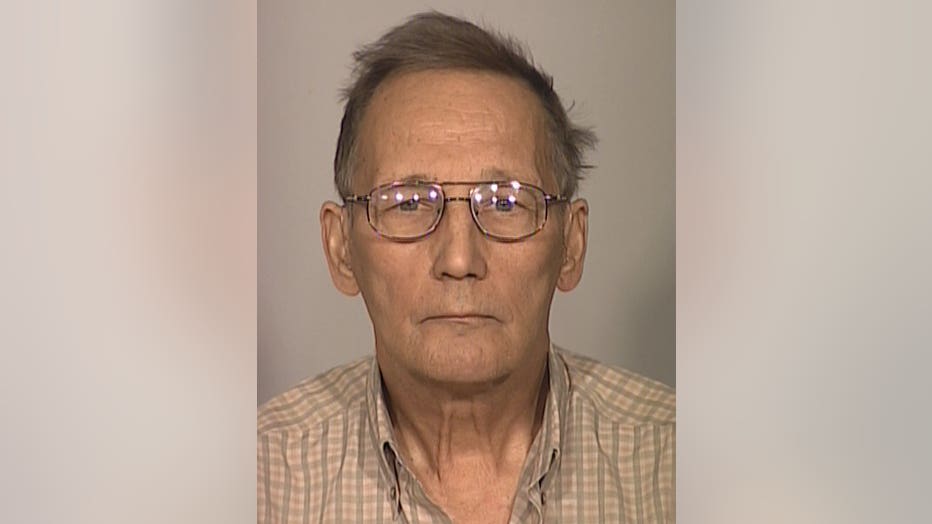 72-year-old David Wilson of Milwaukee has been charged with one count of possession of a firearm on the grounds of a school -- a felony.

A criminal complaint in the case says an officer was dispatched to Riverside High School on East Locust in Milwaukee around 8:00 a.m. on February 3rd for a report of a subject with a gun on school premises.

There, officers spoke with a public safety officer, who said about eight minutes prior, an adult man, later identified as Wilson, entered the school to make a complaint about a student.

Officers spoke with the assistant principal, who told them that while Wilson had the weapon pointed at her face, he said: "I'm letting you know, if they keep coming into the laundromat, there will be an incident on the news." This, according to the criminal complaint.

The complaint says the public safety officer and assistant principal told the man he was not allowed to have a weapon on school property, and the Wilson then left the school building.

The complaint indicates that while an officer was entering the school - before he interviewed any witnesses, he came into contact with Wilson, who was returning to the school to apologize.

Wilson was placed under arrest, and according to the complaint, said: "I forgot I had the gun on me, and I know I can't take it into the school."

The complaint says Wilson told police the gun was inside his truck, parked across the street from the school.

Wilson gave police permission to search the truck, and the search resulted in the recovery of a .38 caliber six-shooter revolver loaded with six rounds in the center console of the truck, according to the complaint.

FOX6 News has learned on Monday, February 3rd, a man had a gun at an MPS school. Because that man hasn’t been charged with a crime, FOX6 News is not naming him. Fortunately, no one was injured, but a school district’s safety policy was certainly tested.

At the Washing Well Laundromat on Milwaukee’s East Side, clothing is normally tossed around inside dryers, but FOX6 News has learned a student was tossed outside — leading to an arrest and a police investigation at a nearby school.

A law enforcement source says on Monday morning, February 3rd, an 18-year-old Riverside University High School student went in to use the bathroom at the laundromat.

Something happened, and a 72-year-old worker at the laundromat threw the teen out. A struggle followed, and the worker was accused of pointing a handgun at the student.

The 72-year-old is then accused by law enforcement of following the teen to Riverside High, where he pointed the gun at at least one employee inside the school.

FOX6 News spoke with a woman who lives near the man accused of pointing the gun, and is also an educator.

“What would cause him to pull a gun? I don’t know. I worry about the safety of people, because if this gentleman goes and does this and walks into a school, what would keep him from going further with this? What would set him off?” that woman said.

FOX6 News visited the worker’s listed home to ask him what happened, but he wasn’t there.

FOX6 News has learned the 72-year-old laundromat worker does not have a criminal history.

Milwaukee Public Schools said in a statement: “We are working with police as they investigate an incident that began in the community and briefly spilled over onto school property. At no time were students in the school endangered. We applaud staff who acted quickly.”

Wilson was read his Miranda rights, and then provided a statement to police.

The complaint says Wilson told police that around 7:45 a.m. on February 3rd, he encountered a young man inside the laundromat, and associated this young man with the strong odor of burnt marijuana.

The complaint says that's when Wilson lifted up his shirt to show his weapon in his waistband. He says the young man said he was not afraid of the gun, and says additional words were exchanged before the young man fled the scene.

That's when Wilson says he went to Riverside High School in an attempt to speak with the principal, with whom he says he has a good working relationship.

The complaint says Wilson told police when speaking with the female staff members at the school, he demonstrated to them how it was he displayed the firearm to the young man -- but said he does not remember drawing his weapon at the school. However, the complaint says Wilson does remember both female staff members becoming visibly upset at the sight of his firearm.

Wilson says he left the school, driving back to the laundromat to drop off some cash he was carrying - before heading back to the school in an attempt to apologize to the female staff members there, according to the complaint.

That's when he was taken into custody.

The complaint says Wilson told police over the last 18 months, there have been "many instances" in which students from Riverside would smoke marijuana in the laundromat's bathroom before the start of the school day.

If convicted of the charge against him, Wilson faces a maximum of three years and six months in prison and a maximum fine of $10,000.