CHRISTCHURCH, New Zealand — The man accused of killing 51 people at two Christchurch mosques on Friday pleaded not guilty to all the charges filed against him.

Brenton Tarrant smirked as his lawyer, Shane Tait, entered the not guilty pleas, but otherwise showed little emotion during the hearing at the Christchurch High Court.

The 28-year-old Australian appeared via video link from a small room at the maximum security prison in Auckland where he's being held.

The courtroom was filled with 80 survivors and family members, while about another 60 watched the proceedings on video in an overflow room. 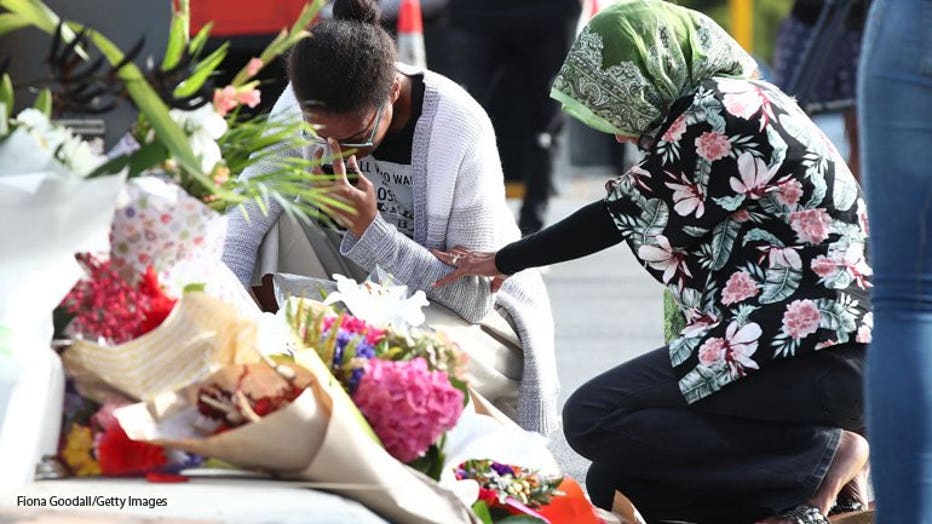 CHRISTCHURCH, NEW ZEALAND - MARCH 16: Locals lay flowers in tribute to those killed and injured at Deans Avenue near the Al Noor Mosque on March 16, 2019 in Christchurch, New Zealand. At least 49 people are confirmed dead, with more than 40 people in

Four cultural advisers and other staff were assigned to help the victims and family members understand what was going on in court and the next steps in the case.

A man who addressed the survivors said they had been praying during the holy month of Ramadan and that the Muslim community would help and support each other during the coming weeks and months. 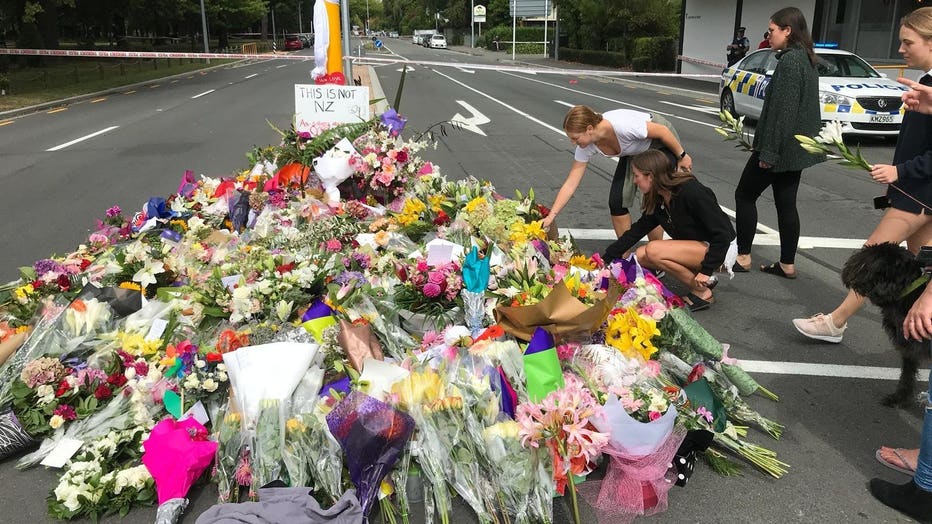 Mourners lay flowers Saturday at Hagley Park South, down the road from Masjid Al Noor, where a gunman killed 41 people in the first of two attacks on mosques in Christchurch, New Zealand

Tarrant has been charged with 51 counts of murder, 40 counts of attempted murder and one terrorism charge in relation to the March 15 massacre.

Wearing a gray sweat shirt, Tarrant was shown being brought into the room by three prison officers. His link had been muted, and he didn't attempt to speak. When Judge Cameron Mander asked if he could hear and see what was going on in the courtroom, Tarrant nodded.

The judge scheduled a six-week trial to begin May 4. Tarrant will remain in custody ahead of his next hearing on Aug. 15.

The shooter livestreamed much of the attack on Facebook.