MADISON — A Wisconsin high school teacher pleaded not guilty Thursday, Jan. 30 to seven federal counts of attempting to create child pornography by secretly recording students twice last year, but his attorney said in court that police have recovered no images.

The charges follow an investigation triggered by the discovery of hidden cameras that were planted in the Minneapolis hotel room of students he was chaperoning on a business club trip. 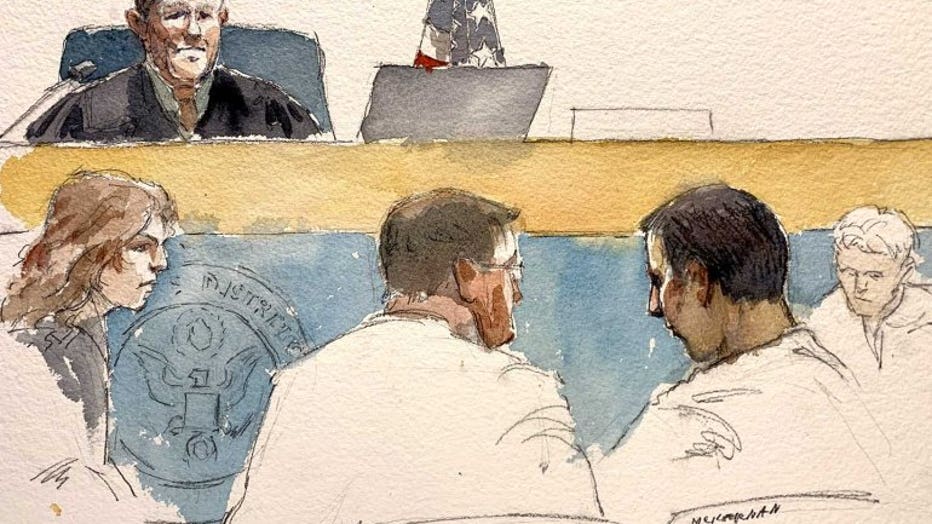 David Kruchten, a teacher at Madison East High School, didn't say anything during his initial court appearance attended by more than two dozen high school students and their parents. Many of the students cried audibly during the proceeding. Kruchten, dressed in a T-shirt and sweat pants with his feet shackled, sat with his back to them and did not look at them.

The students left the courtroom without talking to reporters.

Kruchten was indicted by a federal grand jury on Wednesday and arrested at his home in the Madison suburb of Cottage Grove on Thursday morning, according to U.S. Attorney Scott Blader.

Kruchten, 37, was placed on leave in December after the students found the hidden cameras and the investigation was launched. Kruchten's license to teach in Wisconsin was listed as being under investigation by the state education department, but no other details were provided on a public database.

Kruchten has taught in the Madison district since 2008, most recently as a business education and marketing instructor, according to his LinkedIn biography. He was listed as the assistant girls tennis coach on the high school's website.

If convicted, Kruchten faces 15 to 30 years in federal prison on each count.

“This indictment alleges criminal conduct that is an unconscionable betrayal of trust,” state Attorney General Josh Kaul said in a statement. “We will continue working to ensure that there is full accountability for the crimes alleged in this case.”

The indictment charges Kruchten with six counts of attempting to produce child pornography involving six different minors on Oct. 27, 2019, and one count of attempting to produce it with a seventh minor on Jan. 20, 2019, using hidden recording devices that had been moved across state lines. It was not immediately clear where the alleged recordings that led to the charges were made. The state Department of Justice previously asked parents for information about other trips involving the business club, other than the one in December to Minneapolis.

The Hennepin County Attorney's Office in Minnesota says it is reviewing the case involving the hidden cameras in the hotel, but charges have not yet been filed related to that trip.

There were at least five occasions where there were hidden devices in rooms that Kruchten was in control of, said Assistant U.S. Attorney Elizabeth Altman. She said Kruchten refused to turn over recording devices to law enforcement in Minneapolis after being seen outside the hotel with a box of them.

“This is not an isolated event,” she said.

Kruchten's attorney, federal public defender Joseph Bugni, said in court that police did not recover any images from any of the devices they seized.

“We don’t have a single picture that was recovered. ... That is an anomaly I will exploit to the fullest," Bugni said.

The judge denied Bugni’s request to allow Kruchten to return home to his wife and two children, ages 3 and 5, while the case is pending. Bugni argued that Kruchten was not a risk to leave given that he went nowhere for the past two months even while he knew he was under investigation. Kruchten is also not a risk to the community, his attorney said.

“This is a very specific crime of opportunity," he said.

Peter Oppeneer, the federal magistrate judge who presided over the hearing, said he didn't want to release Kruchten before he could be interviewed and a pretrial report was completed.Kruchten will remain in jail pending his next court appearance on Wednesday.

“This news is incredibly disturbing to the (school district) family and our community,” said interim Madison school superintendent Jane Belmore in a statement. She said the district will do everything it can to offer support to both students and the community “through this unimaginably challenging time.”