Victims of auto thefts tell Contact 6 it took them weeks, even months, to recover from the crime that’s become all-too-common in Milwaukee.

MILWAUKEE - First came the fear, then the fall-out. Victims of auto thefts tell Contact 6 it took them weeks, even months, to recover from the crime that’s become all-too-common in Milwaukee.

It’s become an epidemic: Kia and Hyundai vehicles broken into, stolen, ransacked and taken for joy rides across the city and beyond. The thefts are captured by home surveillance and gas station cameras. Cellphone videos of joyrides are being posted to social media. 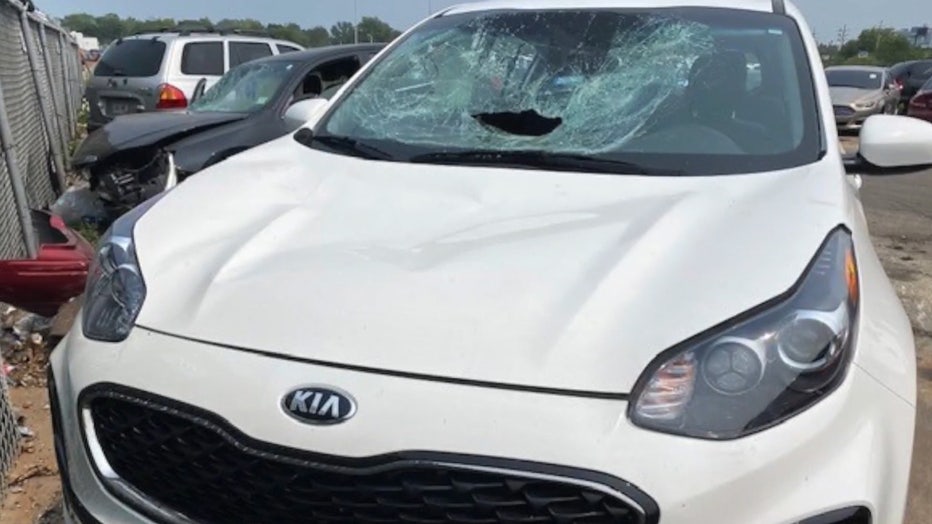 Sometimes, the outcomes are disastrous. Cars are used for criminal activity or totaled. Some of the auto thefts result in injuries, even death. Suspects arrested are as young as 12-years-old.

Collin Sims’ Kia Seltos was stolen in June from right outside his window in the Third Ward. Sims found glass on the ground in the spot where his car was parked. Sims’ vehicle was recovered by police but had $2,500 in damage.

"This whole steering column was dangling down," said Sims. 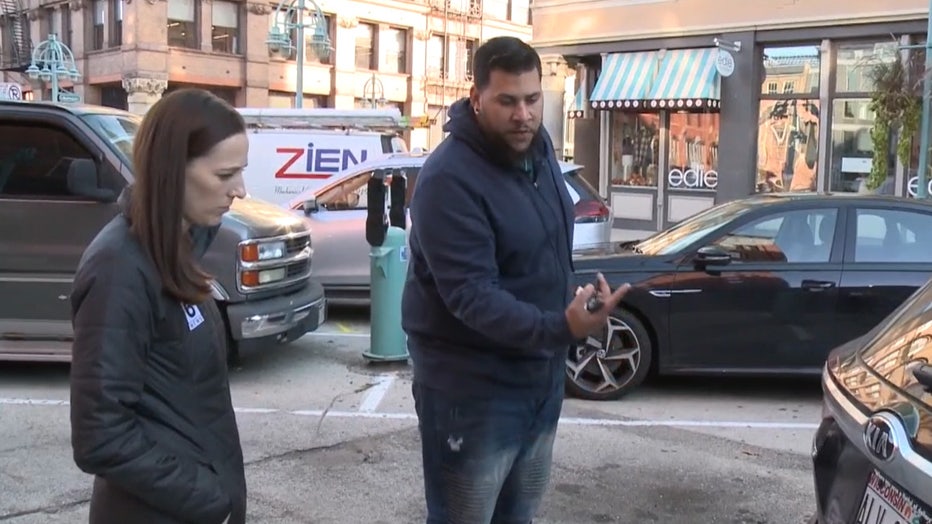 The theft cost Sims $750 for an insurance deductible and about $1,800 for a rental car while he waited for replacement parts. He also bought a security system and a tracking device for his car.

"[The theft] cost me thousands of dollars," said Sims. "Money that honestly, I really didn’t have."

Trish Bergin of Sheboygan left a Bucks playoff game in July around 11 p.m. to find her Kia Sportage was missing from where she’d parked near MSOE.

"Shock, confusion, just a whole lot of emotion," said Bergin. "Who do we call? What do we do?" 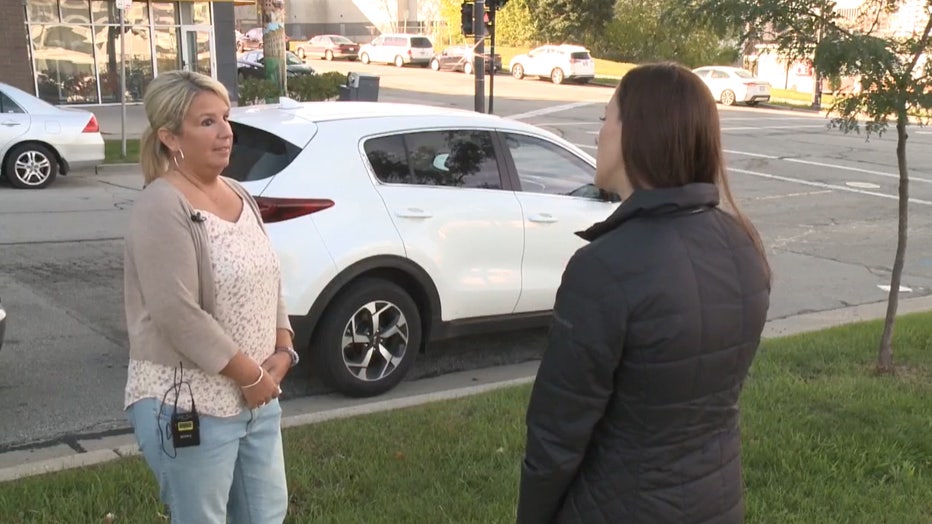 Bergin called up a friend in the Milwaukee area who drove her to a police district station in the middle of the night. Her car was located a few hours later but had to be totaled.

"Everything was wrong with it," said Bergin. "They drove into things. The alignment was out-of-whack. The front bumper was smashed. It was $15,000 in total damage."

Bergin bought a newer Kia vehicle but says she doesn’t drive it into Milwaukee, "because of the fear."

Auto thefts in Milwaukee are up 172% according to Milwaukee Police Department (MPD) numbers.

"It’s happening all over the city and I know some suburban areas have also been targeted," said Sgt. Efrain Cornejo of the Milwaukee Police Department. 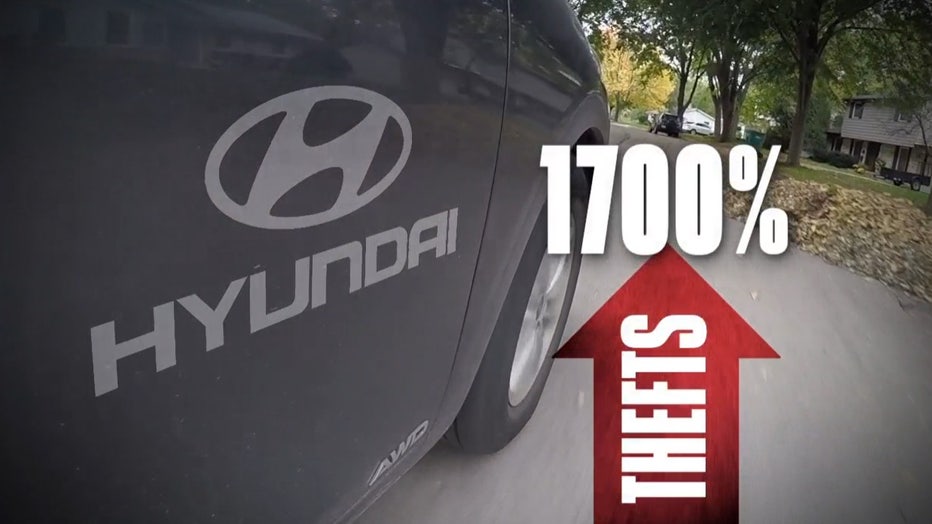 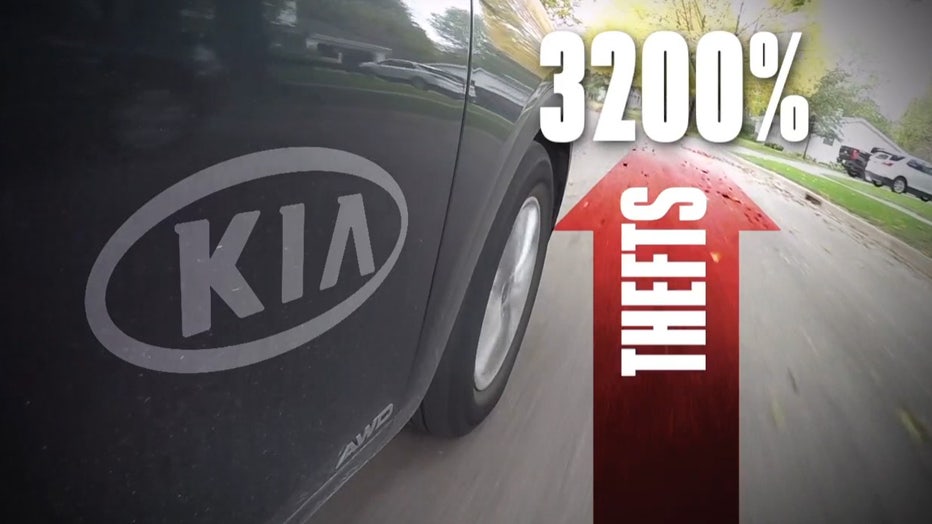 "Through our investigation, it revealed that they were just able to take [those vehicles] easily," said Cornejo.

A class-action lawsuit filed by Barton Legal, a Milwaukee firm, against Kia and Hyundai claims these vehicles have "subpar security measures, thereby making them incredibly easy to steal."

"Hyundai Motor America is concerned with the rise in local auto thefts of our vehicles. We are working closely with the Milwaukee Police Department (MPD) and local officials to ensure the safety of our customers and deter the theft of their vehicles. The safety and well-being of our customers and the community is and will remain our top priority. These vehicles meet or exceed Federal Motor Vehicle Safety Standards. We have been directly supporting the MPD’s distribution of anti-theft steering wheel locks to owners of certain Hyundai vehicles for the last several months. For more information on the lock distribution program, please contact MPD. Hyundai customers that have questions can always contact the Hyundai Assistance Center at 800-633-5151."

Kia told Contact 6 in an email, "we don’t comment on legal matters, but it is important to note that all Kia vehicles sold in the United States meet federal regulations and requirements." 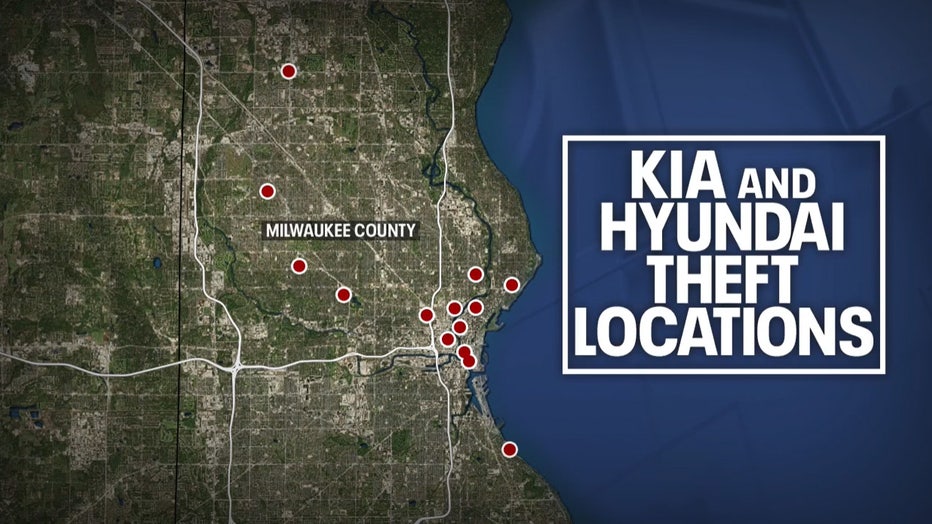 Justin Russo was awoken by a phone call from Waukesha Police in August telling him his Hyundai Sonata had been located in Milwaukee. Russo hadn’t even realized yet that his car was stolen. He’d parked it on the street the day prior near 70th and Hadley.

Contact 6 asked our viewers with Kia and Hyundai vehicles to share their auto theft stories. More than 20 people responded. Their vehicles had been taken from the beach, driveways, parking structures, and outside offices. Their cars were even stolen in broad daylight.

Some people told us their vehicles had been taken multiple times. Some said their car was stolen despite a club on the wheel.

One theft victim wrote that her car was stolen from "a hospital parking garage while I worked a ten-hour shift." 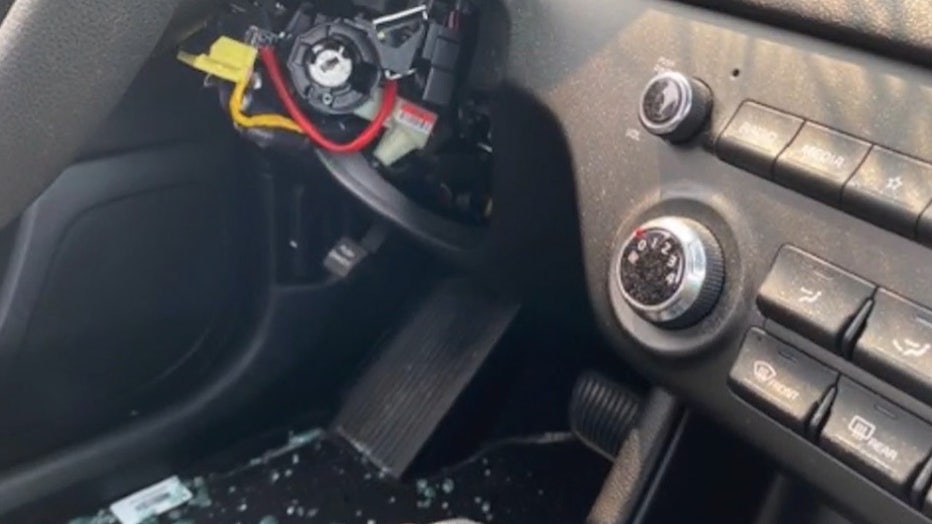 Theft victims tell Contact 6 their vehicles were taken from downtown, the east side, and beyond. Some told us the aftermath was worse than the initial shock.

Victims not only pay insurance deductibles for damage but pay for rental cars, new parking spots, security enhancements, and tracking devices. Some have to buy replacement vehicles, as one person wrote, in a market where "the price of used cars is through the roof."

Another victim wrote, "the worst part was having to wait almost 3 months to get my car back from the dealership because they were back ordered on parts."

Peter Bilgo, owner of Riverside Automotive in Milwaukee, says the delay in parts is a major reason his shop has stopped repairing stolen Kia and Hyundai vehicles.

"We can’t get the steering columns anymore. We’ve used our supply up," said Bilgo.

Bilgo says they won’t risk these vehicles sitting in their lot for weeks waiting for parts to arrive.

"Because they would be easy enough to take again," said Bilgo.

For the thieves, it may seem like a game. Russo speculates the Hyundai insignia taken off his car may be someone’s trophy now.

For the victims, the experience can be stressful, inconvenient, and expensive.

"The thought in my mind has been, ‘maybe I should get rid of this vehicle," said Russo.

Kia and Hyundai thefts make up two-thirds of Milwaukee’s total auto thefts. Milwaukee Police say if you own one of these cars: get a steering wheel lock, and if you can, invest in a security system and park in an enclosed garage.