Group gifts 69 beds to ‘kids who don’t have them’

A nonprofit has enough beds to give everyone on their waitlist, roughly 69 kids, a new place to sleep this holiday season.

KENOSHA, Wis. - Christmas came early for a pair of Kenosha girls on Saturday, Dec. 19. One of the things topping their wish list was a bed of their own, and thanks to some holiday magic, as well as the team of people from "Sleep in Heavenly Peace Racine/Kenosha," they got what they wanted.

Late Saturday morning, volunteers with S.H.P., who also work for the company "Odd Job Larry," delivered the pre-fabricated bed and began to assemble it for them free of charge. 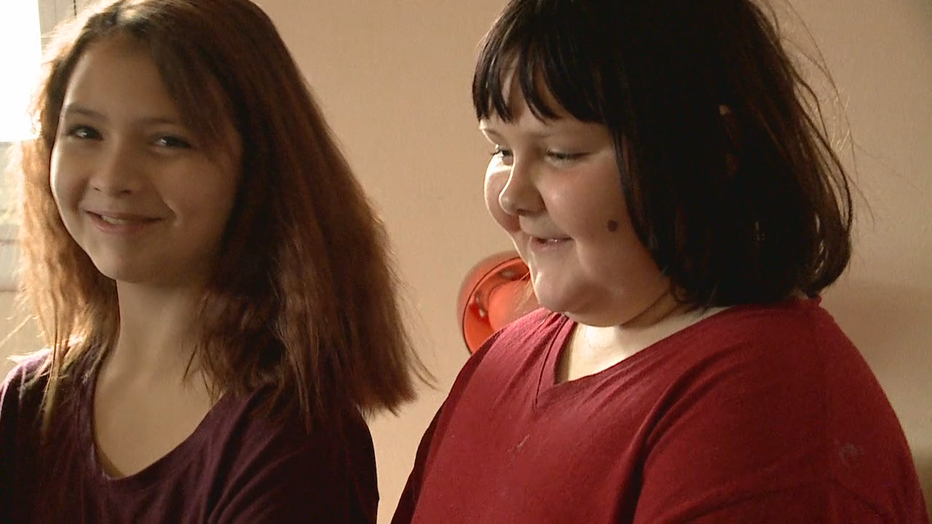 "Yeah, we have always wanted a bunk bed," said bed recipient Khloe Cichocki, seated alongside her sister, Makayla. "We wanted our own bed because she keeps pulling my hair!"

Some might think it's a surprising Christmas request, but when you do not have a bed of your own, it becomes a much bigger deal.

"We slept on our bed," said Khloe, before her sister clarified, "Well, on our couch. We slept on the couch." 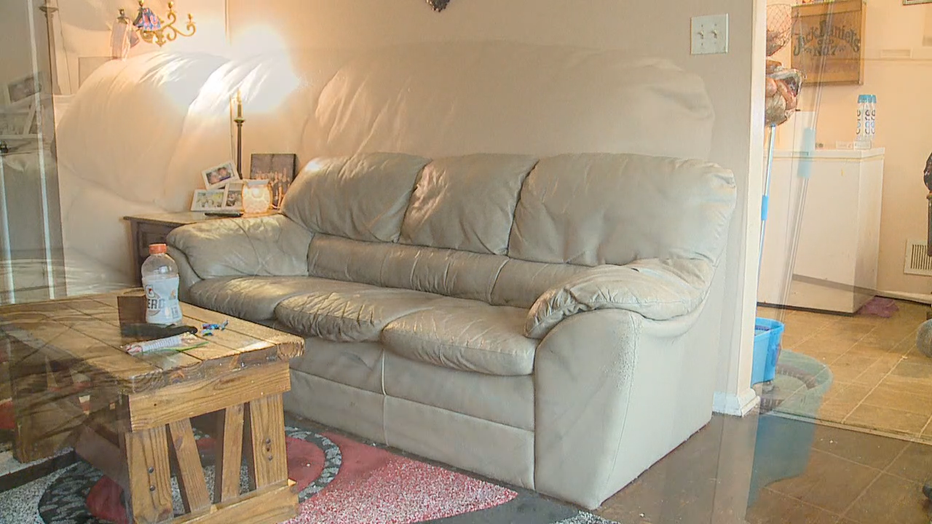 The family’s living room couch was where the two sisters would tuck in at the end of each day, and they said getting restful sleep wasn't easy.

Makayla, nodding in agreement, added, "We always do this!" as the girls proceed to giggle and slap each other’s hands playfully. 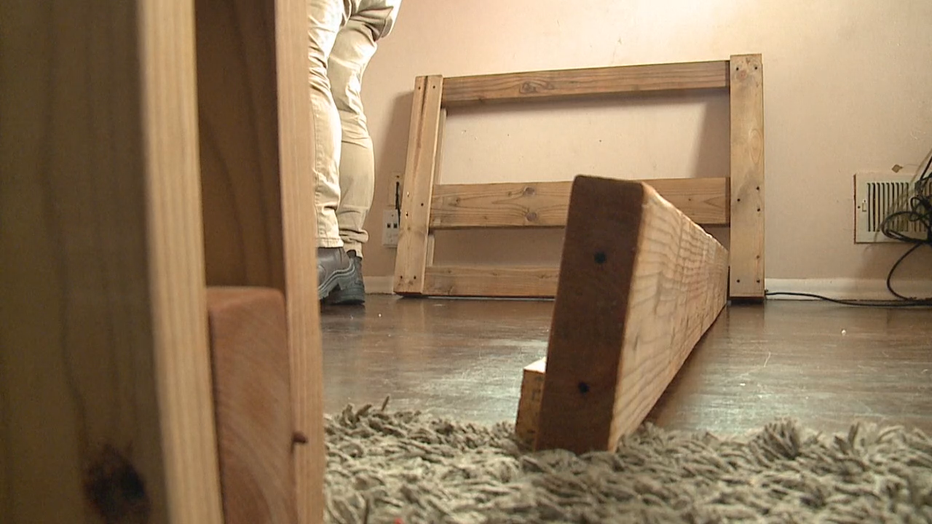 Jokes aside, both girls admitted that a bed of their own is a necessity, so the surprise delivery of their bunk bed could not have come at a better time.

"’Sleep in Heavenly Peace’ is a non-profit, nationwide organization, that builds beds for kids who do not have them," said S.H.P. Racine and Kenosha Chapter President Michael Prudhom.

As the group of volunteers quickly assembled the bed for the girls, it became clear that the two of them were eager to see it completed.

"We were screaming and happy," they both added. 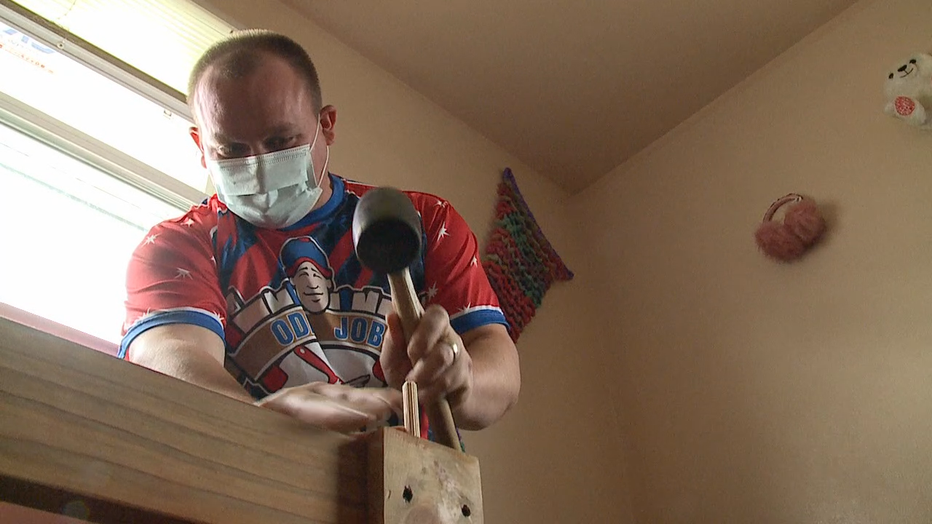 As the final board was hammered into place and the bed pushed up against the wall, the family clapped in celebration.

"What do you think?" one of the volunteers asked the young girls.

"It is one of the best feelings I have ever had," said Prudhom, reflecting on how it feels to deliver such a gift. "I have had kids at 10 o’clock on a Saturday morning jump into their brand new beds, pull their covers up and lay down." 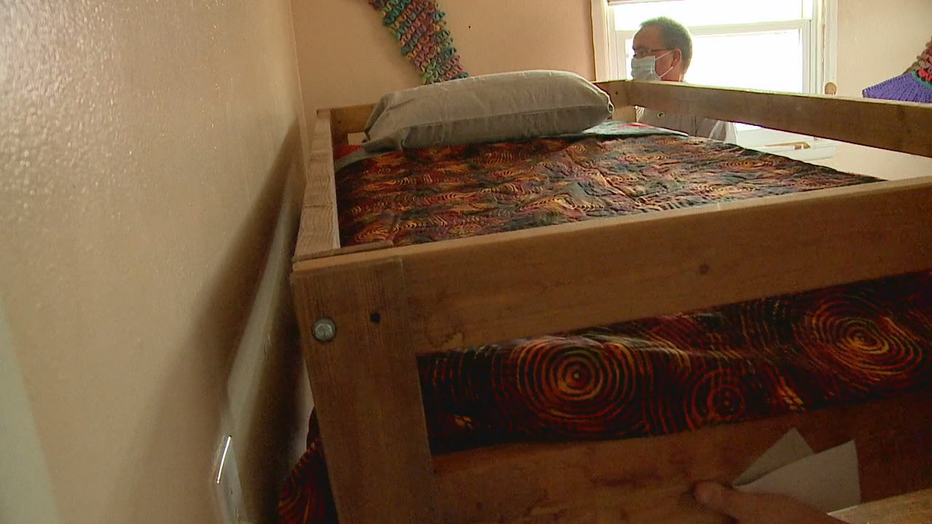 For these volunteers, this was just another delivery to some satisfied customers, but for the two young girls – it clearly meant so much more.

Prudhom said for the first time, they have enough beds in stock to give everyone on their waitlist, roughly 69 kids, a bed immediately. However, they lack assembly and delivery volunteers.