BELLE PLAINE, Kan. - He was born as America was recovering from the Great Depression and about to enter World War II — periods of national sacrifice his son would recall decades later in an obituary lamenting his death from COVID-19 even as many people refused to wear “a piece of cloth on their face to protect one another.”

After Dr. Marvin James Farr of Scott City, Kansas, died Tuesday in isolation at a nursing home, his son penned an obituary in which he noted that his father was preceded in death by more than 260,000 Americans infected with the coronavirus.

The obituary written by Courtney Farr has been widely shared on social media and cited in newspapers. He wrote about how his father died “being cared by people dressed in confusing and frightening ways” and said “his final days were harder, scarier and lonelier than necessary.” He also recounted how his father, a farmer and a veterinarian, filled his life with an understanding of the science of life.

“The science that guided his professional life has been disparaged and abandoned by so many of the same people who depended on his knowledge to care for their animals and to raise their food,” the obituary said. 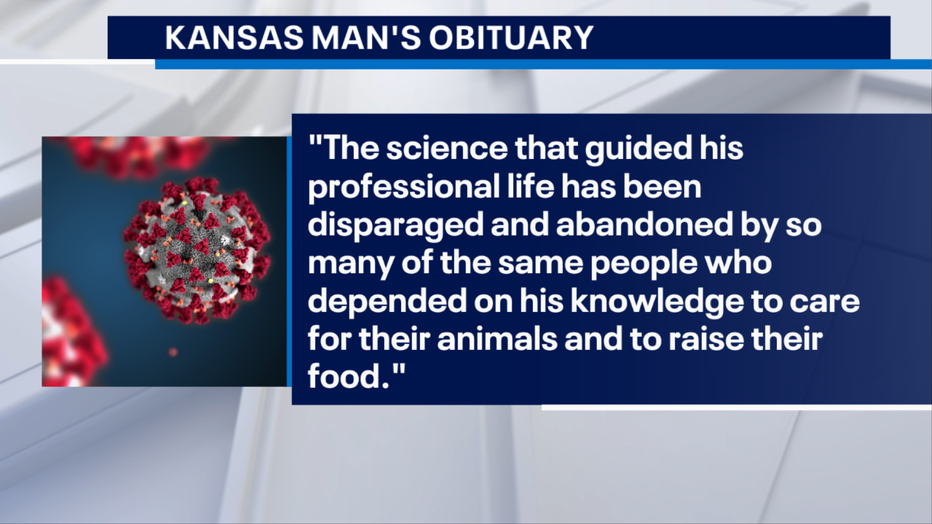 Courtney Farr posted on Facebook that he was in shock at the number of people who have seen the obituary.

“It’s resonated with a lot of people, and that warms my heart,” he wrote. “Often when we experience loss, pain or trauma, we feel so alone. And there’s such incredible power to learning that you are not, that someone else also knows.”

He also hit back against claims that he had made his father's obituary political.

“Well, his death was political,” he posted. “He died in isolation with an infectious disease that is causing a national crisis. To pretend otherwise or to obfuscate is also a political decision.”

Milwaukee County Courthouse officials are looking to find a balance between making sure that justice is served -- but COVID-19 isn't.