Just 17 and charged in a case involving alleged sexual assault, Sheboygan teen is in trouble again

Just 17 and charged in a case involving alleged sexual assault, Sheboygan teen is in trouble again

SHEBOYGAN COUNTY (WITI) -- Out on bond in a case in which he faces seven charges, including sexual assault of a child under 16, a Sheboygan teenager is in trouble again -- facing new charges that accuse him of stealing from players on Sheboygan South High School's football team during a game last Friday, September 12th. 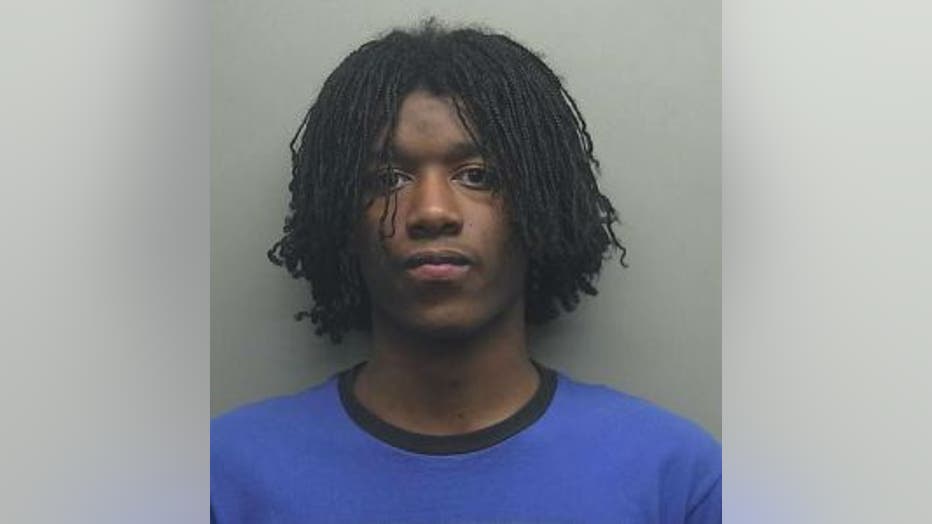 The most recent case filed against 17-year-old Tre-Vaughn Poe charges him with three counts, including theft of movable property greater than $2,500 to $5,000 as party to a crime, and two counts of felony bail jumping.

A criminal complaint filed against Poe says a security officer working at Sheboygan South High School during their football game on Friday night, September 12th was notified of a large number of items stolen from players on the team during the game.

The complaint says the security officer spoke with four boys from Sheboygan South High School, who reported their cell phones had been stolen from their locker in the team's locker room while they were on the field playing in the game. One of the boys reported $151 in cash had been taken from his locker, in addition to his cell phone. Another of the boys had a bag stolen from his locker -- and inside was his school-issued Chrome Book, a carrying case for the laptop, clothes, car keys, house keys and the boy's wallet, with his debit card, school ID and driver's license inside.

The school security officer checked surveillance video and that video showed Poe and several other individuals entering the team locker room and exiting less than five minutes later, according to the criminal complaint.

The complaint says Poe was taken into custody at Sheboygan Central High School, where he is a student, on Monday, September 15th.

The complaint says Poe initially said he had never been at South High School, but when confronted with the video evidence, Poe admitted that the individual seen in the video was, in fact, him. The complaint says Poe told officials he and a friend had been hanging around in the South High School common area when they were approached by another individual, whom Poe says is a member of the South High School football team. Poe told officials this individual told him and his friend that he knew no one was in the team's locker room -- and that they could "get some phones from it."

Poe later admitted to entering a locker and taking a phone -- which he had turned over to his friend -- saying his friend had contacted him, saying the cops were looking for them and that they needed to turn over all of the property, according to the complaint.

At the time of this alleged incident on Friday, September 12th, Poe was out on bond in a separate case in which he is charged with seven felonies.

A court commissioner had initially set a $25,000 cash bond with the condition that he not commit any further criminal activity. He was also not allowed to possess any cell phones or electronic recording devices or cameras.

Poe was released on this signature bond -- which was still in effect on Friday, September 12th -- when Poe is alleged to have stolen from the South High School football players.

The previous case against Poe was filed in February of 2014 -- and charges him with seven felonies, including:

The complaint says Poe handed the recording device to the girl's boyfriend, and proceeded to have sex with the girl, while his friend recorded it.

From that point on, the complaint says Poe and the 16-year-old boy described themselves as "Bang Brothers."

The complaint says after this happened, the boys sent her still images from the video of her performing the sex acts with them -- saying they thought it was funny, but she did not -- saying she didn't want there to be photos or video of the incident.

Police arrested Poe, and the complaint says he admitted to being part of the "Bang Brothers" group -- saying they videotape sex acts. The complaint says Poe told police that the girl he had sex with in the incident that was videotaped told him she was just 14.

The complaint says Poe told police another incident involving sex acts had occurred involving himself, the girl, the girl's boyfriend, and two other boys (both 15 at the time).

The complaint accuses Poe of showing the video to children under the age of 14.