FRANKLIN -- Talk about creepy crawlers! A new invasive species from Asia is spreading quickly throughout southeast Wisconsin. You'll know you found one if it jumps.

This creepy crawler got a comical reaction from kids who took a look at video of 'jumping worms' on Thursday, June 25th. Even though it's kinda funny to see, officials with the Wisconsin DNR are asking the public to help stop the worms from spreading.

This invasive species is called the 'crazy worm' or the 'jumping worm' and it's easy to see why.

"If you poke them, they will thrash quite wildly and can appear to jump," said DNR Forest Health Specialist Bill McNee.

The invasive worms were first reported in Wisconsin in 2013. 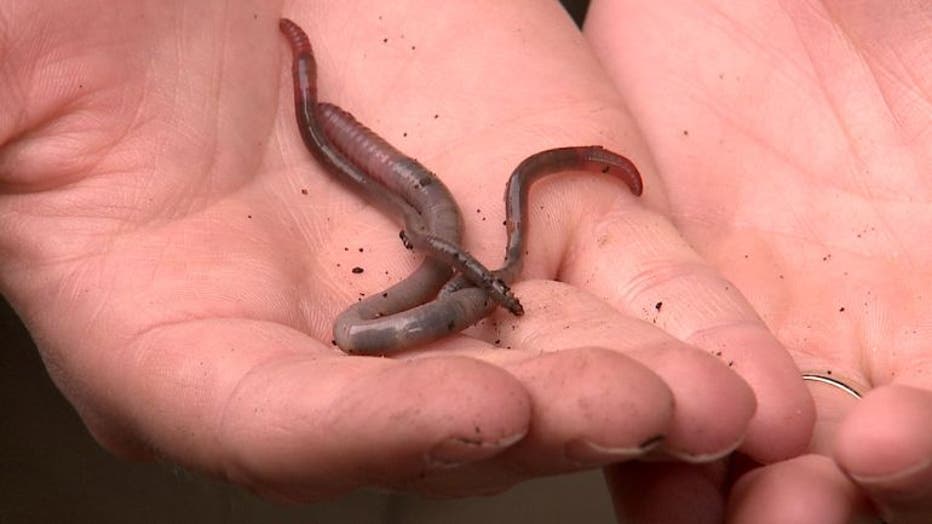 "Like any invasive species we have in Wisconsin, they're going to become more abundant," said McNee.

Now they've been reported in 14 counties -- including Sheboygan, Jefferson, Waukesha, Milwaukee and Racine.

"The jumping worms are sold in many states as fishing bait and they can also hitchhike in nursery plants," said McNee. 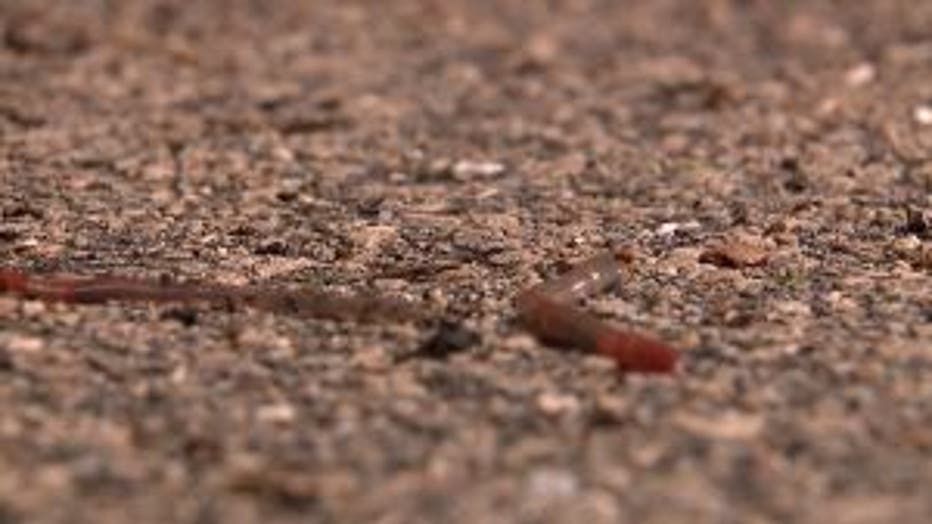 FOX6 News traveled to the Wehr Nature Center in Franklin looking for the jumping worms and we were actually pretty surprised to find them within a few seconds of digging around in the dirt.

"Because it's only the end of June, the worms will be quite small yet," said McNee.

By fall, they'll be up to seven inches long! But unlike the worms we're used to in Wisconsin, these ones are bad for the soil.

"Because they chew up the leaf litter and make it difficult for saplings to grow," McNee said.

You'll know you've got a jumping worm if it jumps -- but also if it's got a smooth white band around its body, instead of a puffy raised band like most worms in the state.

"If you think you do, don't move the soil or compost or mulch from that spot. Keep it on site," said McNee.

CLICK HERE to learn more about jumping worms via the Wisconsin DNR.