John Kasich on Trump`s call for him to drop out of race for the White House: “Why would I get out?”

John Kasich on Trump`s call for him to drop out of race for the White House: "Why would I get out?"

On Monday, the Ohio governor spoke at Hofstra University in Hempstead, New York.

Kasich does not have a straight path to securing the nomination, but said he is hoping to convince delegates to support him at a contested convention. 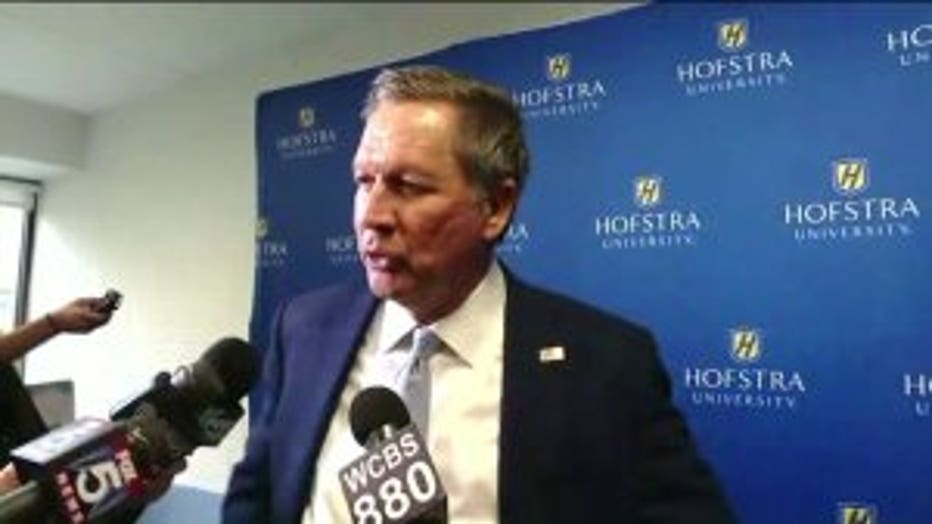 Donald Trump has called on Kasich to drop out of the race -- an idea Kasich has flatly rejected.

"I'm not getting out. Why would I get out? Particularly when Trump's worried I'm going to get his votes, which I always knew that I could do. We're not going anywhere. We're gonna be fine. They've spent, I don't know, a million dollars, including smearing me. Ted, Senator Ted, the smear artist, they're attacking me in Wisconsin. For a guy that's not doing very well, they sure are worried and spending a lot of money trying to knock me out," Kasich said.

On Monday evening, at 6:00 p.m. On the Record with Greta Van Susteren sat down with Kasich after a campaign event in Huntington, NY ahead of the state’s primary.  Kasich took questions from Van Susteren and supporters around New York’s Long Island in front of a live audience.

As of late Monday, Kasich had not announced any plans to return to Wisconsin.