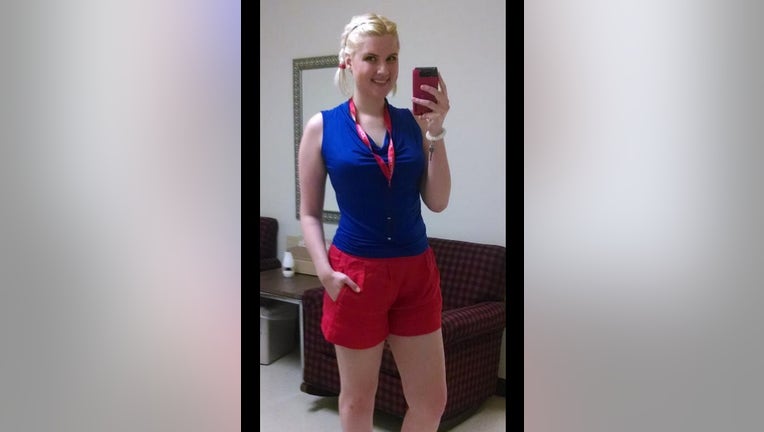 SIOUX FALLS, S.D. -- A former JCPenney employee claims she was sent home from work for wearing shorts that were "too revealing," even though she purchased the shorts in the store's "career style" section.

“Boss sent me home for wearing 'too revealing' shorts that I bought from the store I work at in the career section,” Sylva Stoel, 17, wrote on Friday.

Stoel told TODAY.com she was at work for approximately 10 minutes when she was approached by her boss who asked if anyone had talked to her about dress code at orientation.

When he asked her how long it would take to go home and change, she chose to quit.

"I bought thinking they were pretty professional," she said. "They didn't show anything other than my legs, which I don't think is too provocative."

"JCPenney's dress code policy for store associates prohibits the wearing of shorts of any length. This policy applies to both male and female associates. We have reached out to the associate who blogged about this policy, but she has not returned our telephone calls thus far."

Stoel insists the dress code policy was not discussed during her orientation.

"They never said 'no shorts' at orientation. I never even got a handbook or anything,” she told People.