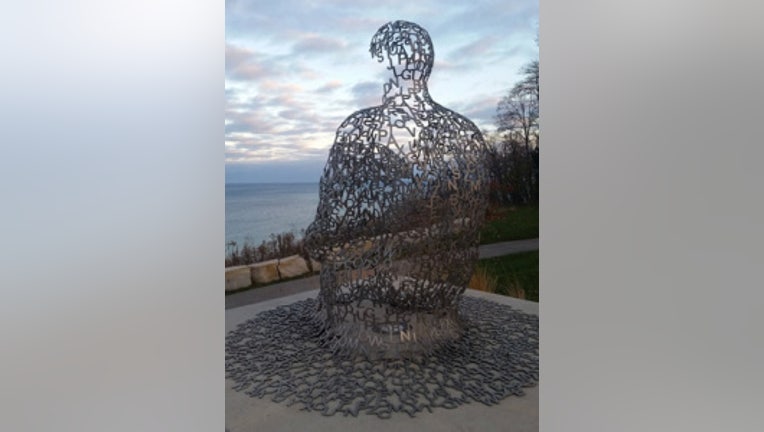 SHOREWOOD -- The Jaume Plensa sculpture in Shorewood's Atwater Park will be temporarily removed from its spot.

The sculpture is made up of letters. According to the artist, those letters are utilized to create a skin of an anonymous figure with each letter's placement being entirely at random. But some say the letters in one spot on the sculpture are anti-Semitic.

Once restoration is complete, Shorewood officials say they will put the sculpture back in its place to share with the community.