MILWAUKEE -- Fidget spinners are the latest toy trend, but will the hot fad last? 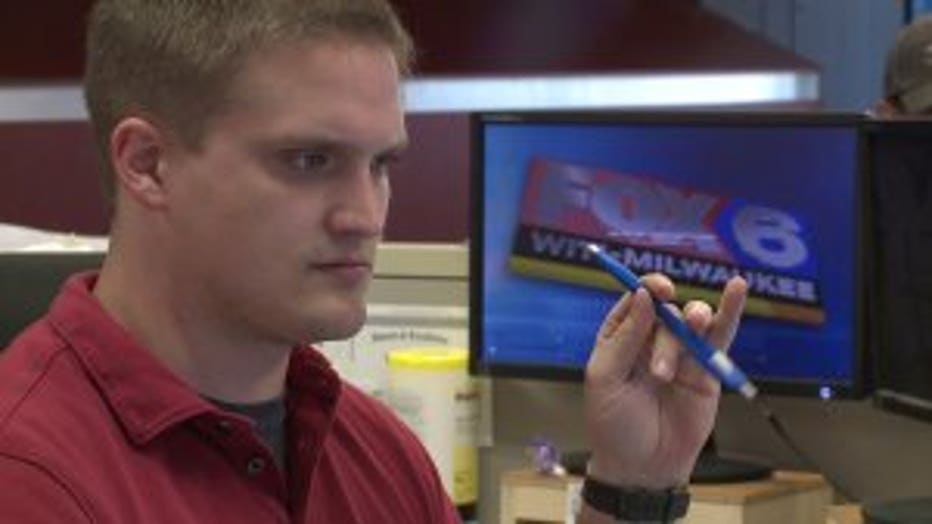 A FOX6 producer fidgets with a pen at his desk.

It used to be the only fidgeting device people needed was a pen -- clicking or twirling it on their finger. It's the original fidget spinner. Now, people have options for fidgeting devices.

At Ruckus and Glee in Wauwatosa, owner Matt Paulson sold more than 250 fidget spinners in 40 days.

"We saw it really taking off, I'd say in February, March this year, it's still going strong," Paulson said. "This is the hot item I don`t know how long that`s going to last."

At Ruckus and Glee, a fidget spinner can be purchased for $19.99. However, keeping the device in stock hasn't been 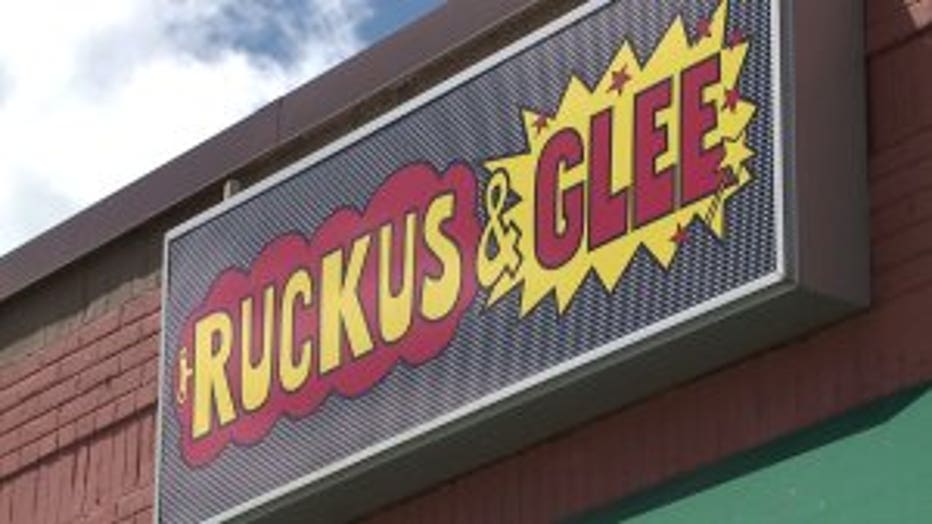 "I ordered a bunch. I just decided to go whole hog," Paulson said.

An item most people had never heard of before Christmas, now seems to be at the fingertips of every kid. 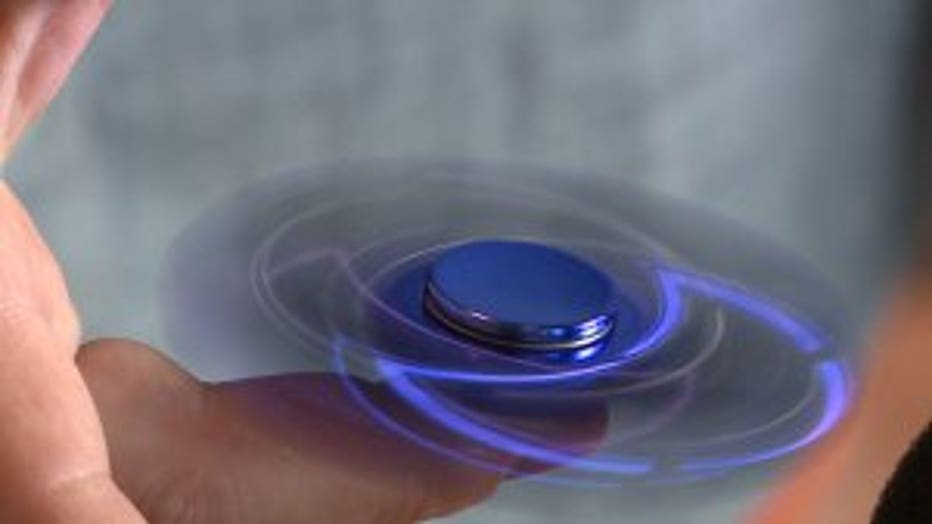 "Most of the teachers got annoyed," Boser said.

It's easy to under why the spinners were a distraction in class. Each individual spinner makes noise. So, imagine the sound being multiplied by several students using them at the same time.

"Students were spending more time focusing on the fidget spinners than instruction and passing them back and forth," explained Chris Guthrie, a teacher at Glen Hills Middle School.

"I'm pretty sure it's a fad. It's middle school. So, it's gonna be here for a couple months and then something new will come."

Guthrie says he doesn't see the spinners sticking around.

"I'm pretty sure it's a fad. It's middle school. So, it's gonna be here for a couple months and then something new will come," Guthrie said.

Glen Hills Principal Jeff Fleig says the spinners appeared a few months ago -- practically overnight.  He tells students to leave them in their lockers for recess.

"If you're approved as part of your educational plan you can use them in the classroom and we have one student who has that," Fleig explained.

Boser is the one student approved to used a fidget spinner during instruction time. 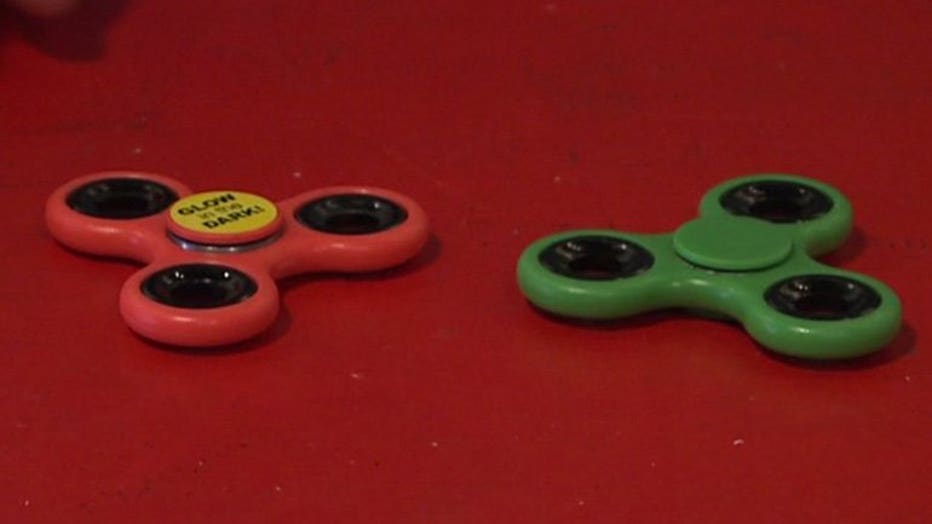 "It helps me focus a lot more in class, I'm not talking to everybody else in the room," Boser said. 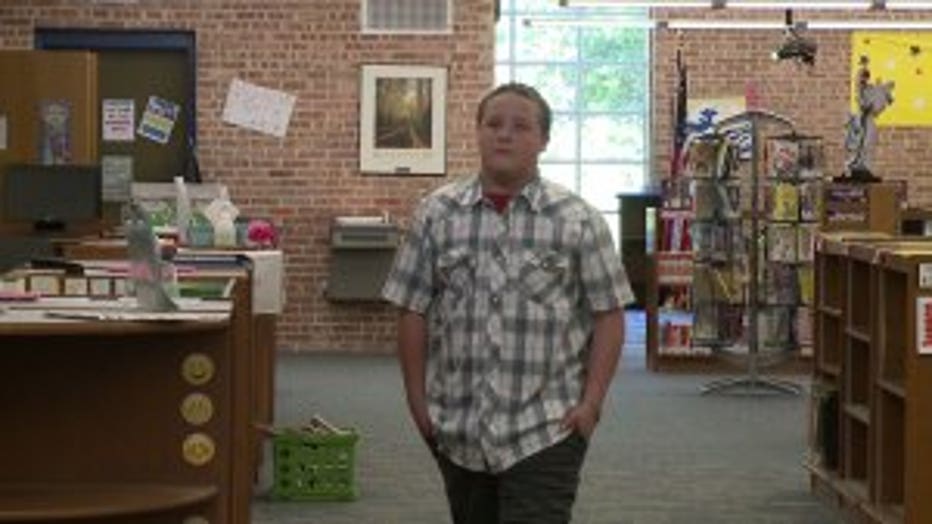 Boser said he focuses better when his hands are busy.

"Certain classes I need it more, but usually it's on me," Boser said.

FOX6's Contact reached out to a dozen or so districts to see if they have banned fidget spinners. Among those that responded, most have not banned them saying they're letting teachers manage it on a classroom level.

Parents should know that fidget spinner can be a choking hazard. 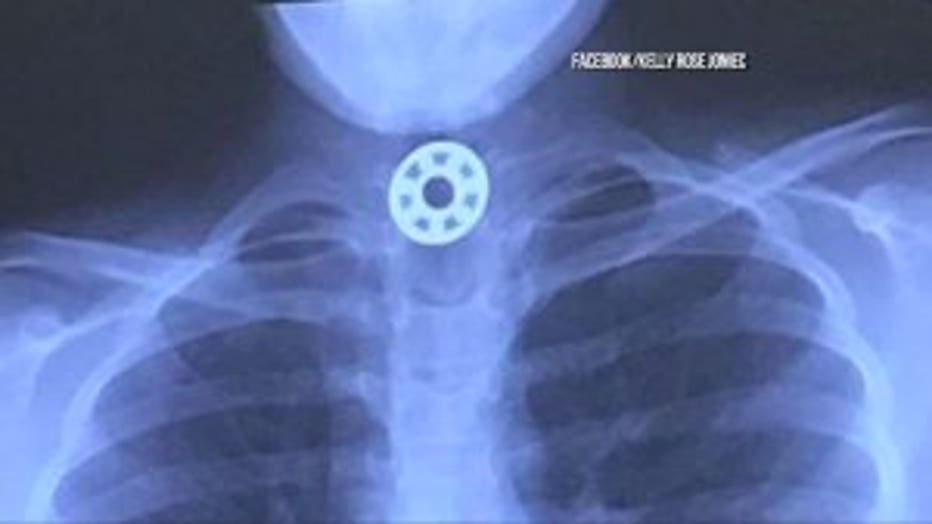 X-ray after a 10-year-old in Texas swallowed part of a fidget spinner.

Recently, a 10-year-old girl in Texas swallowed one of the toy's weight bearings. An x-ray showed the quarter-sized part stuck in her esophagus. The girl is doing fine after surgery, but it's a reminder the toys should never go in your mouth. In addition, they spinners should stay out of the hands of young kids.

Fidget devices as a whole are nothing new. Parents may already be familiar with thinking putty or the fidgeting cube. 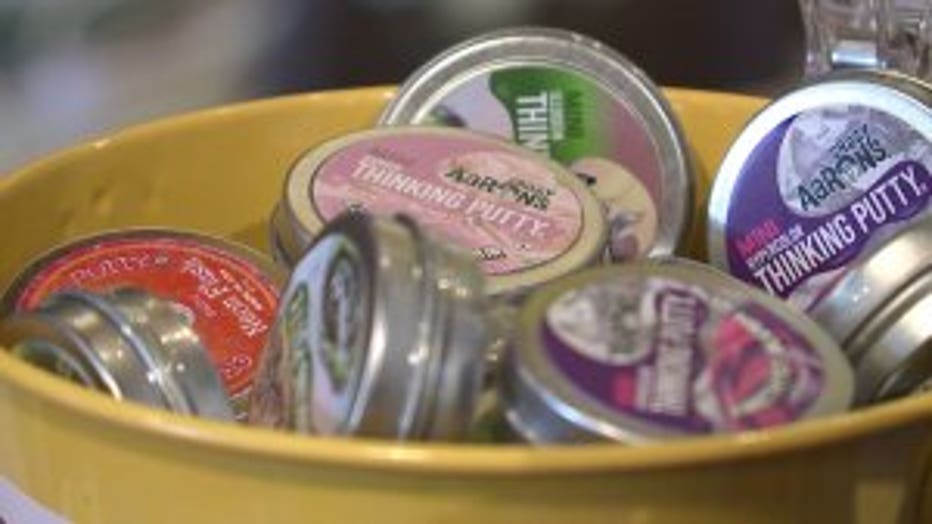 One reason these devices are so popular is they give people a way to release built up energy and tension. Plus, they're fun.

At Ruckus and Glee, Paulson predicts fidget spinners are a fad, but fidget devices are here to stay.

"I think we're gonna see a lot of fidget toys this is not the peak of all fidget toys," Paulson said.