MILWAUKEE -- A dog was badly injured when he was struck by a vehicle in a hit-and-run. It happened while the dog was out for a walk, and his family said reckless driving was to blame. Ghostface, a 1-year-old pit bull, suffered injuries to his leg and back when he was struck and dragged by the vehicle.

The dog, once full of life, has been forced to sit and stay. 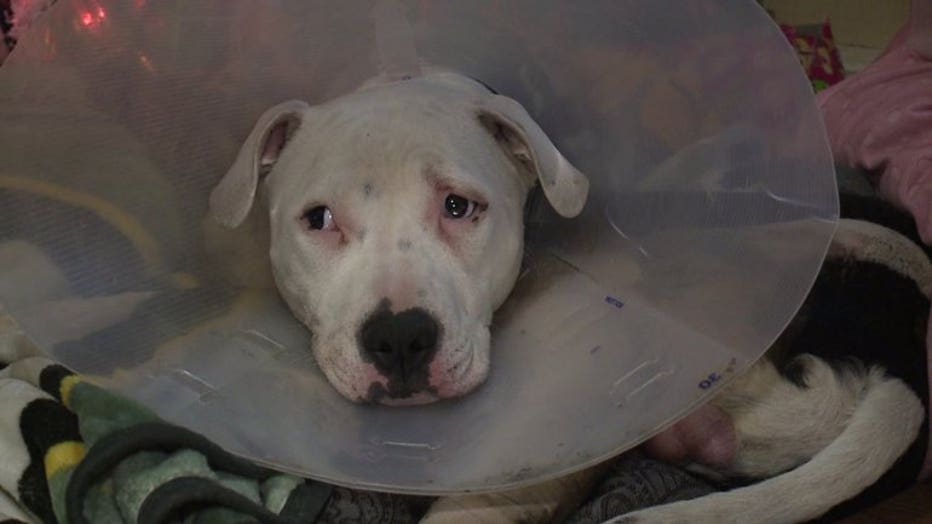 The routine walk turned terrifying near 37th and Villard when Ghostface broke away from his leash. Scott said some vehicles waited as she tried to get Ghostface, but one vehicle came barreling down the road. 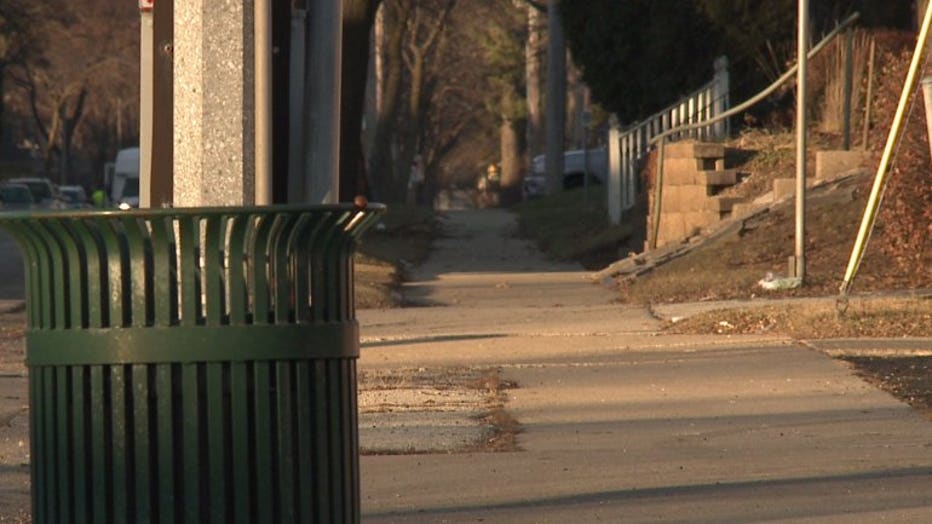 "He came out of nowhere! Out of nowhere. It just smacked him head first. He got run over by one of the tires. He was dragging him," said Scott.

Scott yelled for the driver to stop, but he took off. The pit bull was under the vehicle for nearly a block. He was badly injured -- his back leg broken. It might need to be amputated. 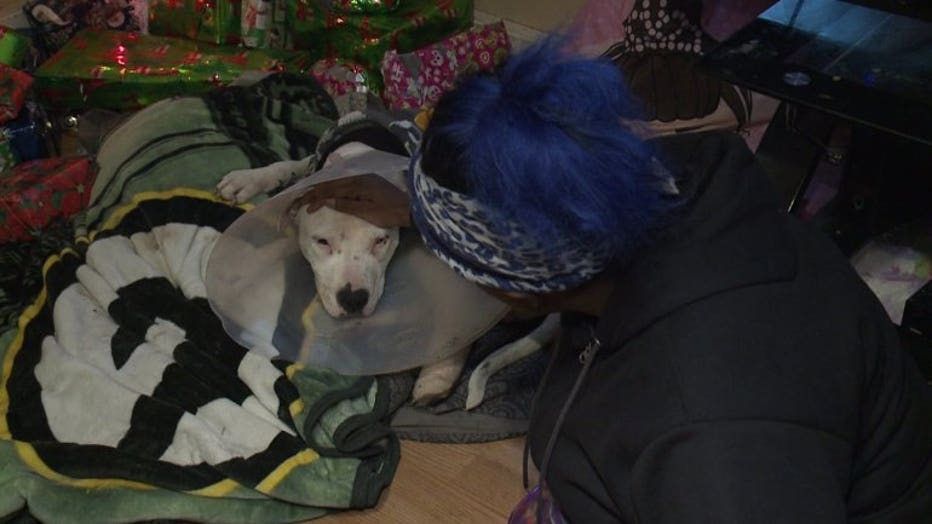 "Because somebody is reckless driving, now we have to put him down, because we can't afford all of the surgeries he needs. That hurts," said Qiana House, owner.

Ghostface's family has asked that everyone be safer on the road. 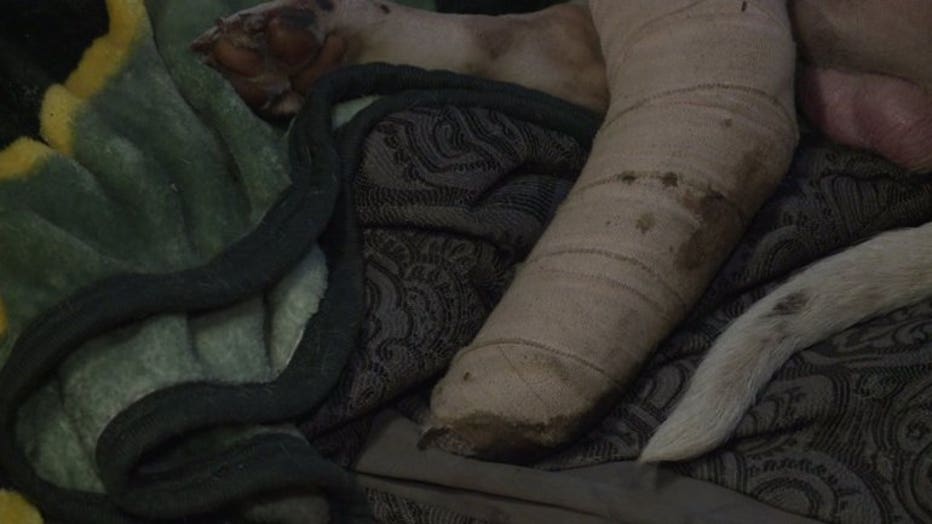 While things aren't looking good for Ghostface, his family is watching over him -- trying to bring him the same comfort he's brought them.

"It might just be a dog to anybody else, but to us, he's family and it hurts," said House.

The family has set up a GoFundMe.com account to help pay medical expenses. As of Tuesday, Dec. 18, Ghostface still needed X-rays to determine whether there was any internal damage.