FRIENDSHIP -- It's a good bet your grandma's not on Snapchat. At least, not on purpose. Across the country -- and in Wisconsin -- young nurse aides are sharing photos and videos of elderly residents on social media, without their knowledge.  It's invasive, embarrassing, and - in some cases - it's a crime.

John L. Miklavicic was born in 1927, the same year the first transatlantic telephone call was placed from New York to London. 87 years later, it's a safe bet he didn't know much about Snapchat. Neither did his son, John M. Miklavicic.

"No, I didn't even know what it was 'til they explained it to me," he responded.

Snapchat is a social media app used to share photos and videos called "Snaps" with friends. Unlike Facebook or Twitter, each "Snap" disappears within seconds, unless it's posted to a user's story, where friends can see it for 24 hours.

But what happened in the tiny Adams County village of Friendship, Wisconsin, was hardly an expression of friendship.

"They're in the last years of their life. They deserve respect," Miklavicic said.

The elder Miklavicic had lost his leg to diabetes and his wife to a heart attack when his son placed him at Villa Pines — the nursing home just down the road.

His dementia was so advanced, he would often forget his wife was gone.

"He was going around the halls in his wheelchair, calling for Thelma. You know, 'Thelma, where are you?'" Miklavicic explained about his dad's condition. 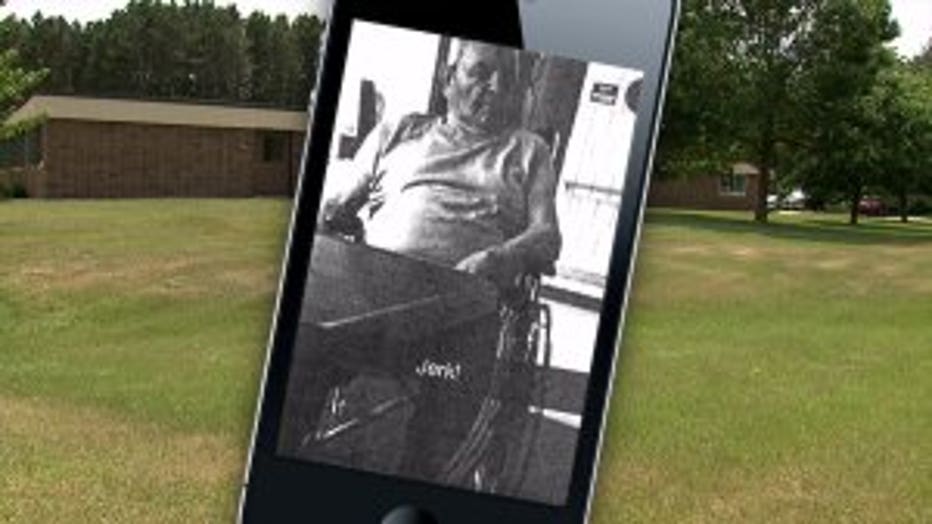 Screen shot taken by a co-worker of a video shared to Snapchat. The video showed an employee kicking John Miklavicic's wheelchair and Miklavicic kicking back, as laughter is heard in the background. The caption reads, "Jerk!"

The staff said he was agitated and, one day, a nurse aide decided to tell her friends about it. She shared a Snapchat video of Miklavicic with the caption "JERK!" across the middle.

"One of the employees was kicking his wheelchair and the Snapchat showed him trying to kick back and other employees laughing in the background," Miklavicic recalled.

No one said a word until three weeks later when a co-worker reported the video to state inspectors.

"I never got any kind of an apology, sympathy, we're so sorry what happened," Miklavicic said.

For victim's families, it's an act that comes with embarrassment.

FOX6 Investigator Bryan Polcyn sat down with one victim's daughter. She did not want to be identified beyond her first name, Mary. For decades, Mary's mother lived across the street from Lambeau Field until her daughter moved her to assisted living at Brookview Meadows in Green Bay.

It was there that a pair of CNAs were taking photos and videos of residents vomiting, passing stool and showering and sharing them on Snapchat.

One night, 22-year-old Michelle Bulger and 19-year-old Ashley Schumberg engaged in an unorthodox procedure to help Mary's mom with an obstructed bowel. The 84-year-old woman was nude from the waist down. Bulger was gagging and covering her mouth with her T-shirt, while Schaumberg recorded with her phone.  Both of the women were laughing.

"My mom took good care of me all my life," Mary said. "To think that somebody would not treat her in a respectable manner was beyond words. I lost it."

Bulger and Schaumberg were charged with felonies, but pleaded guilty to misdemeanors. They can no longer work as caregivers in state-regulated facilities. 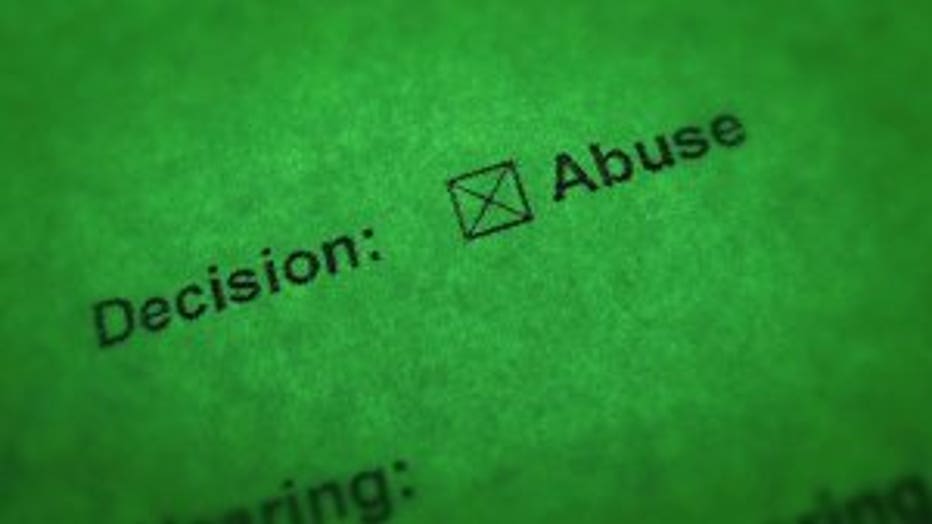 However, Mary and her family are going one step further by suing the nursing home for invasion of privacy.

"Cases like these, we need to shine light on them so they don't happen again," Jacobs said.

They say it's time to draw attention to a growing problem across the country of caregivers abusing, degrading and humiliating the elderly on social media.

"It is intensely personal," Jacobs said.

It's an issue Greg Crist, a spokesman for the America Health Care Association (AHCA), takes seriously.

"If that were my mother or my grandmother, I wouldn't want that to be shared or posted online," Crist said. 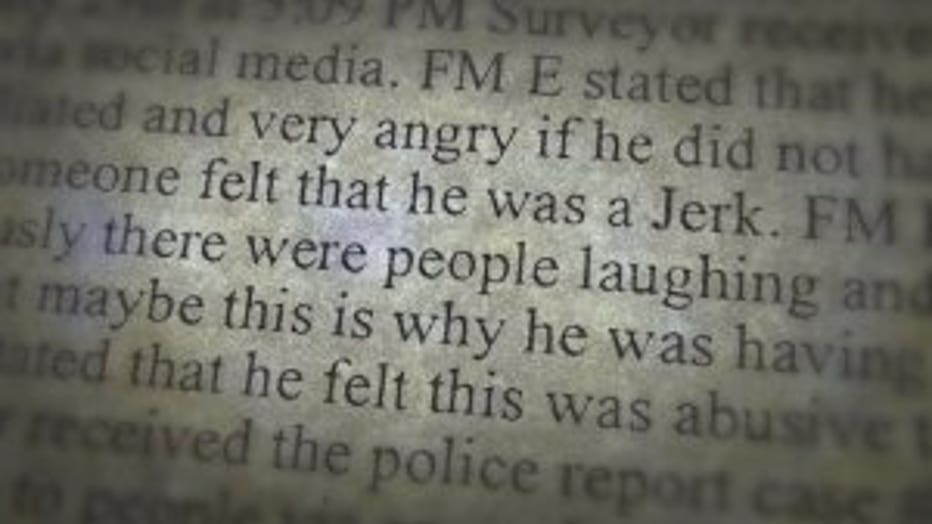 In records for three of the four Wisconsin cases, there are statements that indicate employees were 'laughing' about the inappropriate posts or thought they were 'funny.'

The AHCA is an industry group that represents assisted living centers and nursing homes. Crist says while he doesn't want to see any cases like this, they aren't seen often.

"The good news is it's uncommon. It's rare — one case is one too many," Crist said.

Last winter, the non-profit news team at ProPublica detailed 37 cases of inappropriate social media posts at elder care facilities across the country, including four in Wisconsin. In addition to the cases in Friendship and Green Bay, a CNA in Stoughton shared pictures of  a resident lying naked in bed covered in feces. Earlier this year, a 21-year-old staffer in Kenosha snapped a video of a partially nude, 93-year-old Alzheimer's patient playing tug-of-war with her clothes. At the time, Grace Riedlinger "thought it was funny." Now, she's facing criminal charges.

Nuckels says she sees a pattern with the people involved in these cases.

"It tends to be, sort of, the younger workers who are very active on social media," Nuckels said.

Every Wisconsin case has something in common. Nurse aides had personal cell phones with them while they cared for residents.

"There should not be any cell phones on the floor. Period," Jacobs said.

"If you are in their room, you should not have a device. It should not be out," Crist said.

After a recent inquiry by Iowa Senator Charles Grassley, the AHCA sent all of its members a memo urging them to ban personal electronic devices during work time or in work areas.

"These are invasions of privacy. These are threats to a person`s value, their worth, how they view themselves," Crist said.

The fallout is more crushing for family members.

"There's embarrassment, personally, because we wanted the best for our mom and it didn't turn out that way," Mary said. 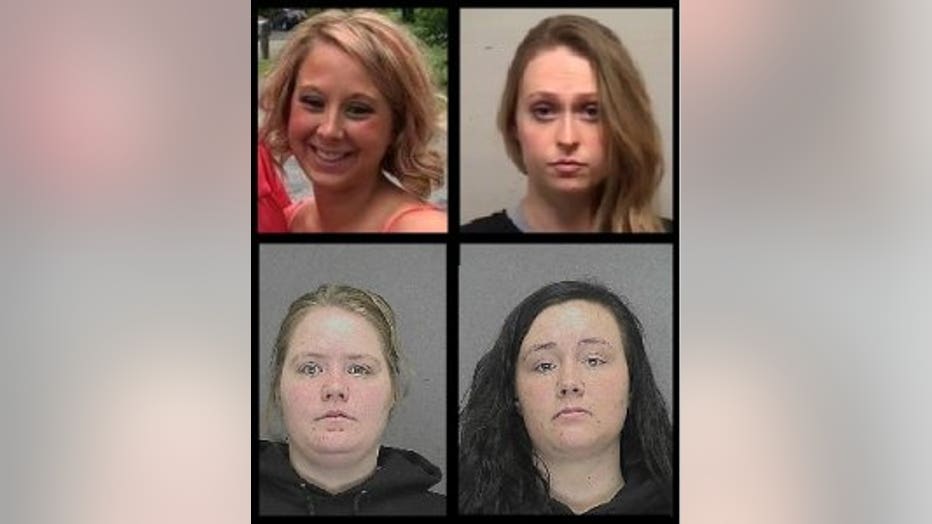 Most offenders appear to be young nurse aides who are active on social media.

"It was my job to put him somewhere safe," Miklavicic said.

Miklavicic says he is just thankful that someone finally came forward.

"She did the right thing," Miklavicic said.

It's that exact reason that Miklavicic believes there are many more cases of abuse that need to be exposed. He says if you see it — report it.

"It's your ethical duty," Miklavicic said.

Meyers, Bulger and Schaumberg are all banned from working as caregivers in nursing homes or other state-regulated health care facilities.

Riedlinger is scheduled for a plea hearing in Kenosha County on July 28th.

The case against Brookview Meadows has been moved into arbitration.

Villa Pines sent a statement to FOX 6 News saying, in part, that it has a long-standing policy that "cell phones must be shut off and kept out of designated work areas."

Experts say the key to protecting your loved one when look for a long-term care facility is asking the right questions. With regard to privacy issues, ask the facility if they have policies on cell phone and social media use. Ask to see those policies. And, ask how those policies are enforced.