Lead in some fidget spinners

Lead in some fidget spinners

MILWAUKEE — An investigation by FOX6's Contact 6 discovered some fidget spinners appear to have high levels of lead beyond the allowable limit for children. 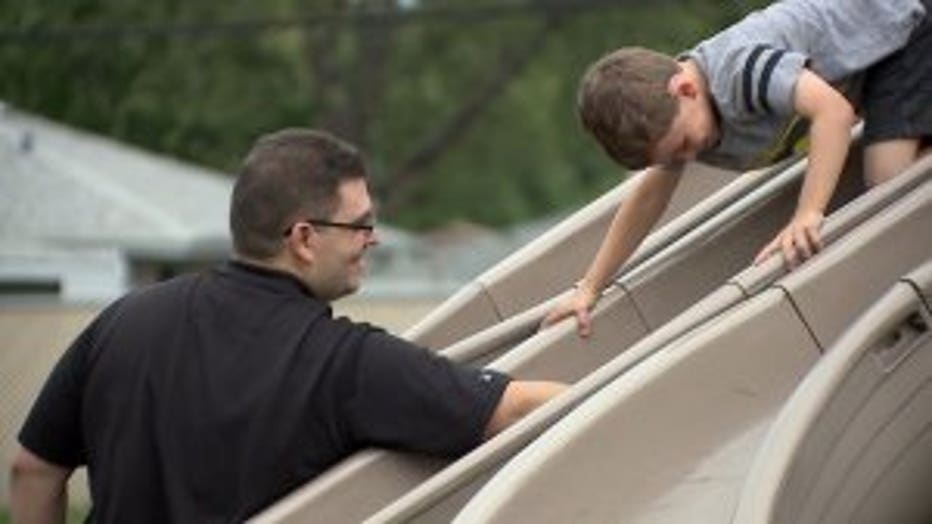 Andrew Brown plays with his son at a park.

"My first instinct was to try Amazon," Brown said.

One of the fidget spinners Brown ordered from Amazon arrived in a package from China. To be safe, Brown decided to do an at-home lead test.

"We did a simple wipe test with a 3M kit," said Brown. 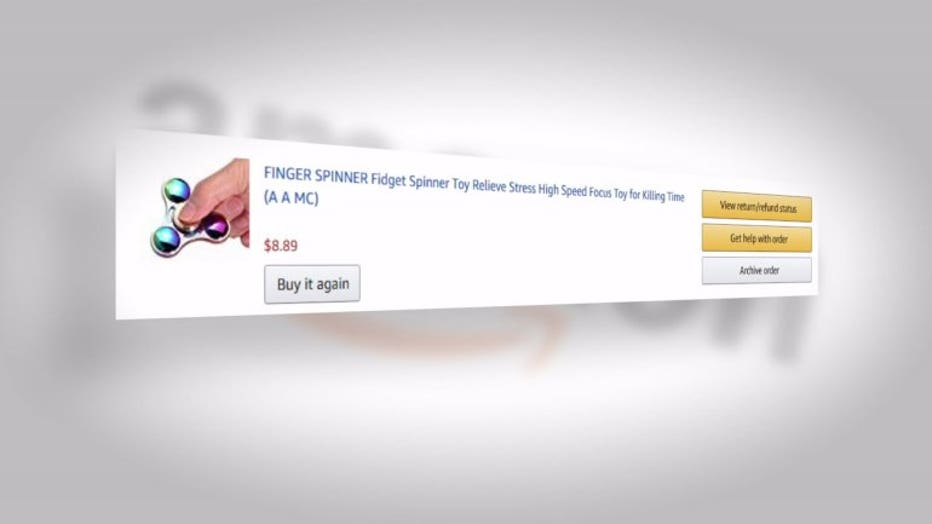 Fidget spinner Andrew Brown purchased for his son on Amazon.

"My concern is that people just aren't aware of what they could be getting when they buy these," Brown explained.

Contact 6 can't confirm whether Brown's spinner actually contained lead because he threw it away. However, the experience had Contact 6 wondering if other fidget spinners sold on Amazon have lead levels above the allowable standards. According to the Consumer Product Safety Commission's website:

"With a few limited exceptions explained below, all children's products manufactured must not contain more than 100 parts per million (ppm) of total lead content in accessible parts."

Contact 6 purchased seven fidget spinners from Amazon including a rainbow one that closely resembled Brown's. 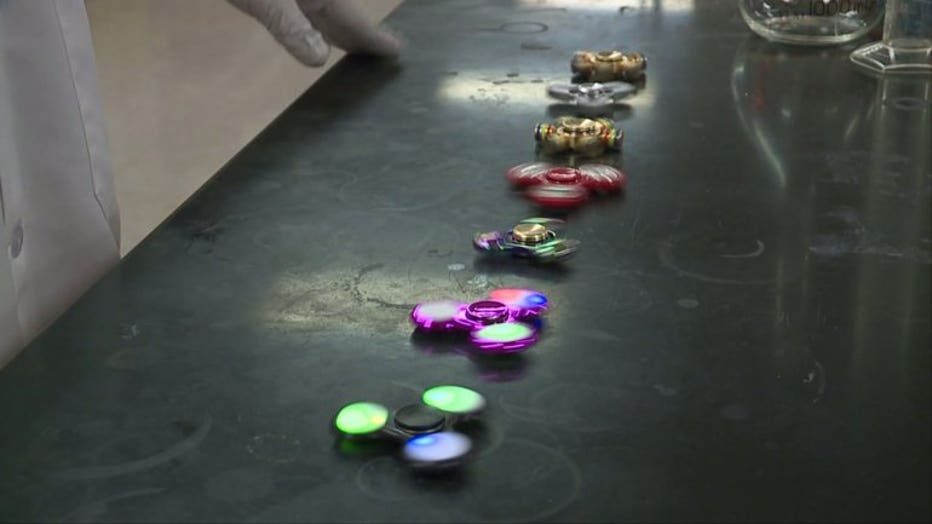 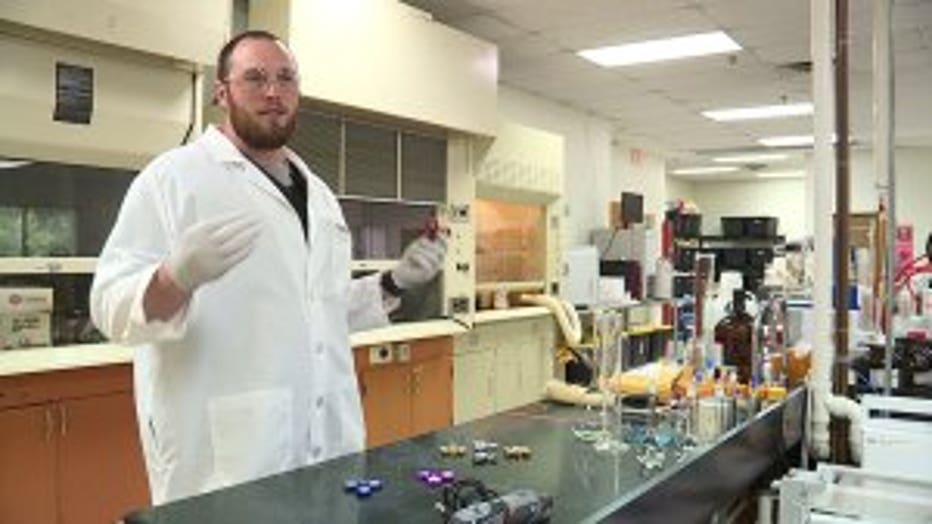 Hirsch disassembled each spinner in order to analyze each individual component. Some of the pieces were ground into shavings and some dissolved in acid so the lab could analyze their composition.

Of the seven spinners Contact 6 tested, Hirsch said three were well above the 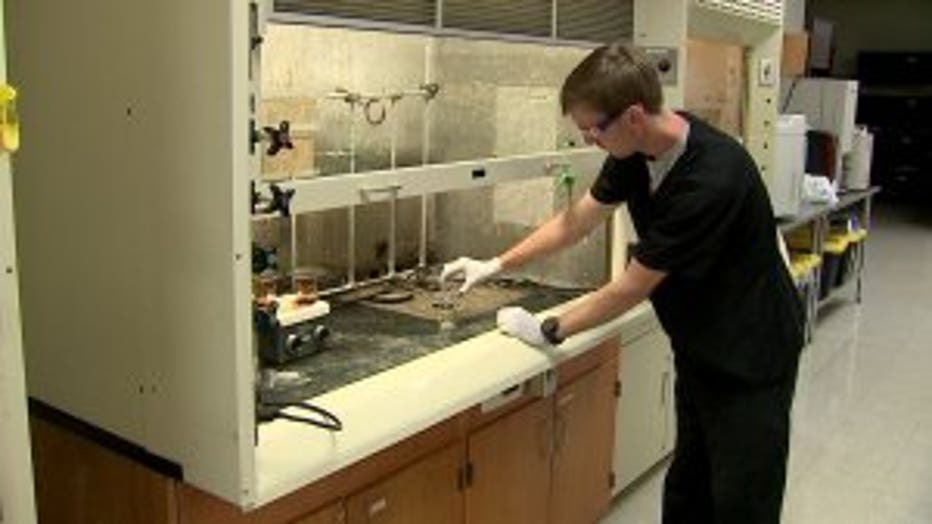 CPSC's allowable lead limit for children 12 and under.

The three spinners that tested high all appeared to have a brass component or body, including the rainbow spinner that resembled Brown's.

"They used an alloy, a metal alloy to make the fidget spinner that has lead in it itself," Hirsch explained.

According to laboratory results, the center pin on the rainbow spinner registered 380 times higher than the allowable limit of lead for a child's toy. 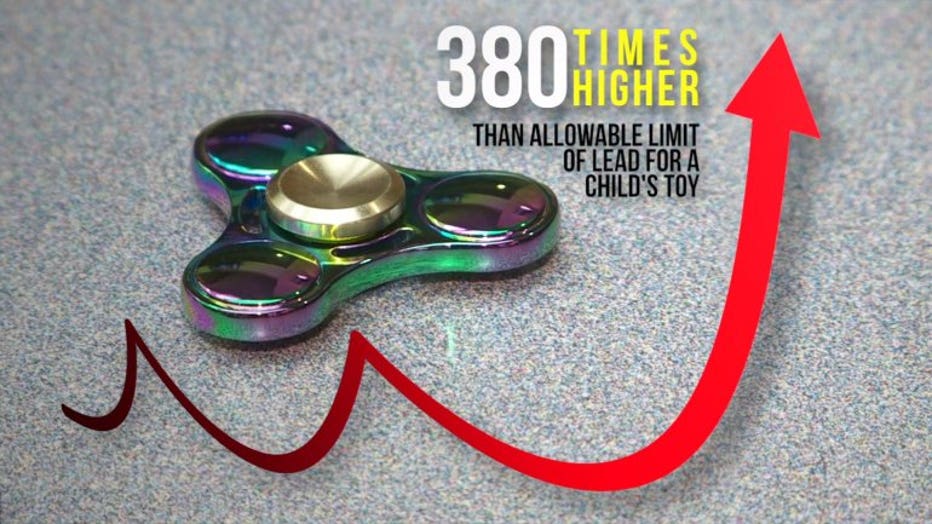 Two other brass spinners had arms that registered at 380 and 450 times the allowable limit. 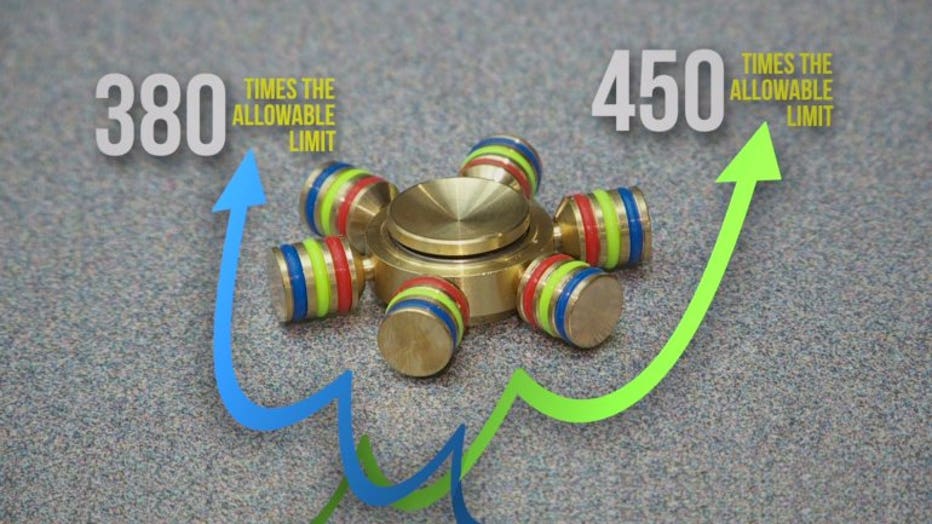 The results concerned Peter Skopec who is the Director of the Wisconsin Public Interest Research Group (WISPIRG).

WISPIRG has been testing toys for 30 years. 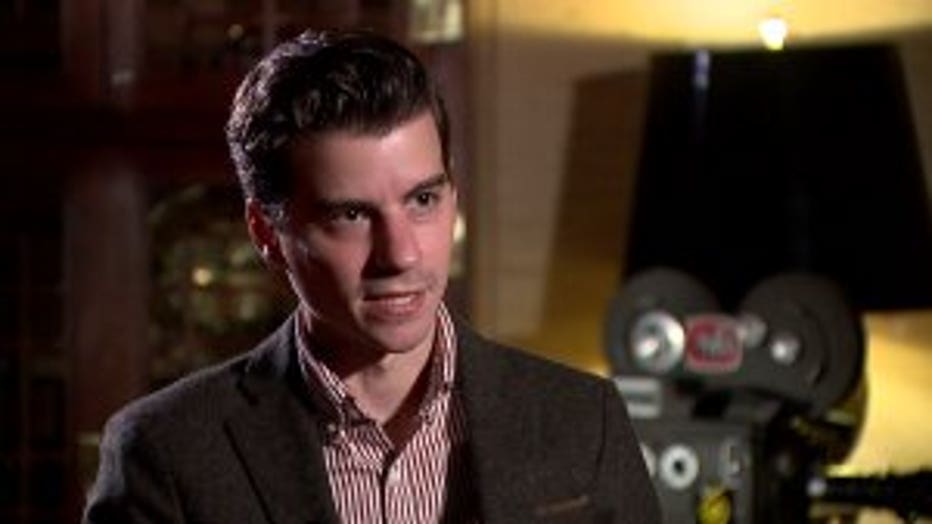 Skopec says the risk with lead is when it gets into the bloodstream.

"Lead can have serious health impacts especially for young kids, impair how children learn and behave, can lower their IQ and this damage is irreversible," Skopec said. "The bottom line is that any product that is bought and sold in the U.S. should be safe for kids to use."

Of the spinners Contact 6 tested, none are available through their links on Amazon today.

Still, many other spinners are.

"Safety is among our highest priorities.  We want our customers to buy with confidence anytime they make a purchase on Amazon.com. All fidget spinners currently sold on Amazon must comply with testing standards for toys for children ages 3 and up."

Contact 6 shared the results of the test with the CPSC as well.

The CPSC told Contact 6 it will be taking a closer look at the results of the test.

Brown says even if a spinner isn't intended for a child, it could end up in one's hands anyway.

"They're going to be curious about them and play with them," Brown said.

Brown isn't taking any chances. His wife made some spinners at home to ensure they know exactly what's in their son's hands.

Many kids have plastic fidget spinners and those did fine in the Contact 6 test. So did another spinner that appeared to be made of aluminum.

Two of the spinners that tested high were shipped directly from China. However, other spinners tested were made in China as well and they did not register high levels of lead. 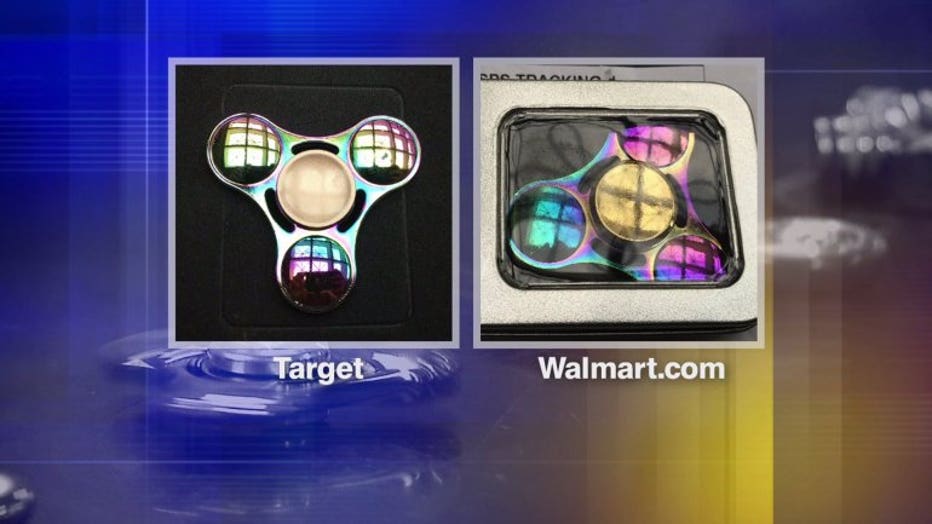 Two fidget spinners that did exceed the allowable limit for lead in children's products.

One of the spinners, purchased at Walmart.com, tested about 345 times above the allowable limit for lead. Officials from Walmart told Contact 6 the fidget spinner was only available on the Walmart Marketplace and not in stores. Walmart has pulled it from the website while it investigates. 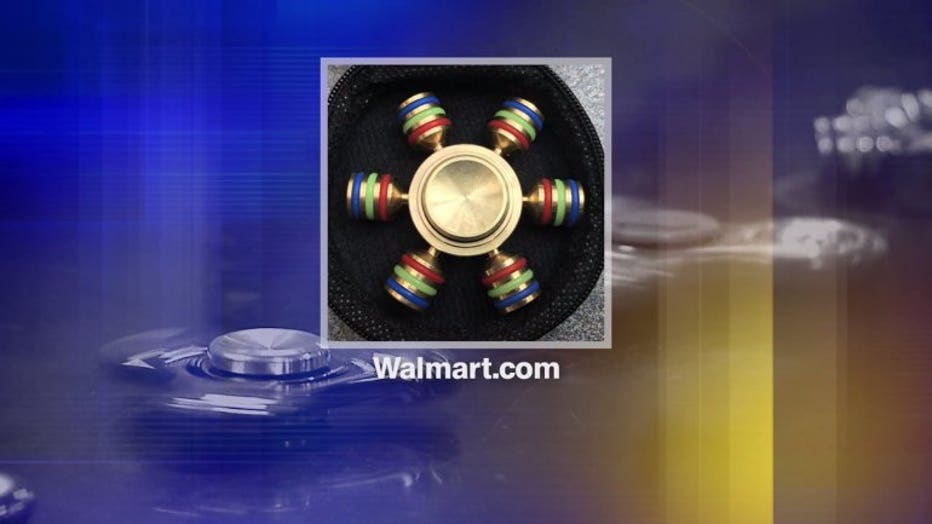