MILWAUKEE -- A 5-year-old boy proved you don't need a stage to bust some moves. The Green Bay youngster had a dance party with his grandpa in a grocery store before his surgery. At Children's Hospital of Wisconsin Friday, June 7, he was still grooving after surgery.

Whether it be surgery or location, nothing stops Kyu San Juan from flossing -- and a special guest stopped by Children's Hospital on Friday to get in on the fun. They called it a "post-surgery dance 2.0." 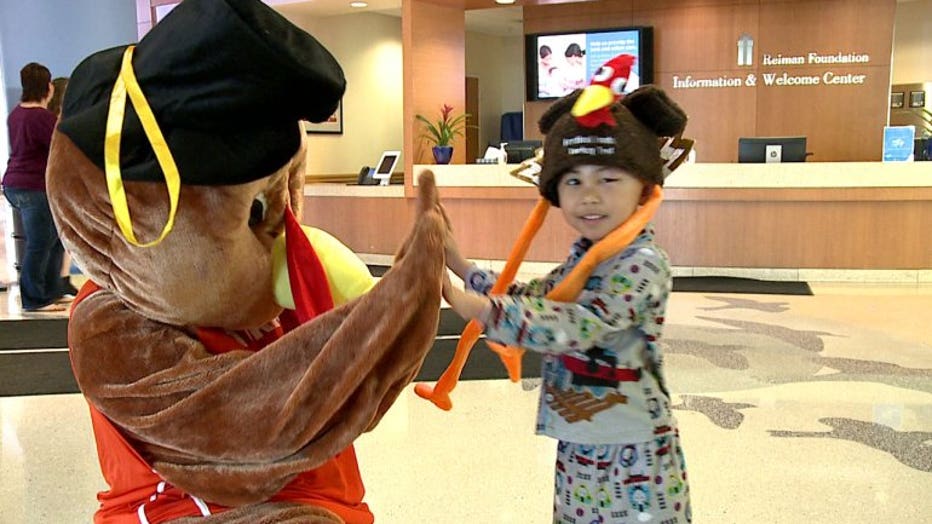 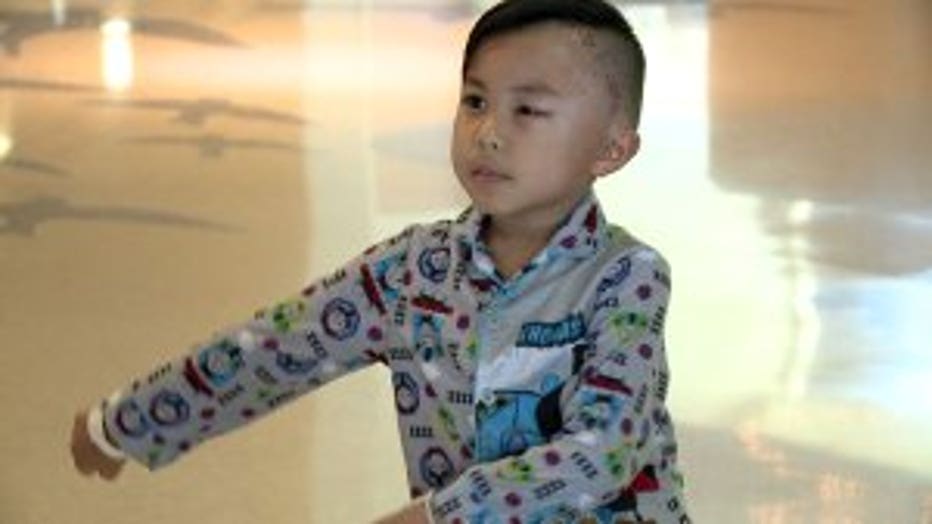 Before surgery, a frozen food aisle at a Festival Foods in Green Bay turned into a dance floor as the grandpa-grandson duo busted out some moves ahead of the Kyu San Juan's brain operation.

"He wanted to go dance with grandpa before his surgery," said Rasami Moua, the boy's mother. "We picked a spot and went to the frozen aisle... don't cry."

Kyu Moua recruited his grandpa for the impromptu dance party ahead of his procedure. This wasn't the first time the 5-year-old has faced a major surgery -- but it's never a bad time to "get down" in order to cheer yourself up.

"Because it's awesome," said Kyu. 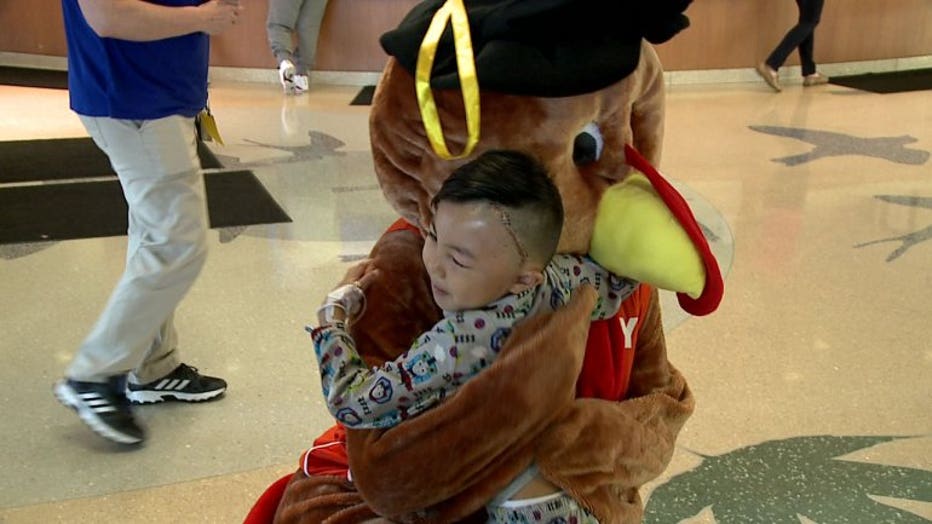 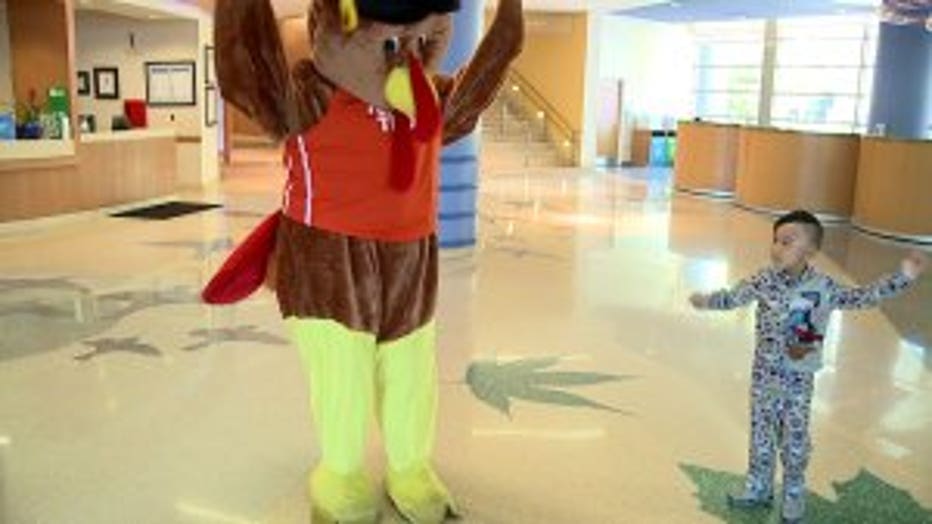 Dance party inside the Children's Hospital

With Kyu San Juan on the road to recovery, a special dancer stopped by on Friday. Boomer the Turkey -- the Festival Foods mascot -- surprised him with a "post-surgery dance 2.0," and brought some of his favorite treats.

"Plenty of goodies to get him along and keep his energy up for dancing," said Lynn Baron, Festival Foods.

"Whenever the opportunity rises, it doesn't matter where you are -- just to dance," said Baron. 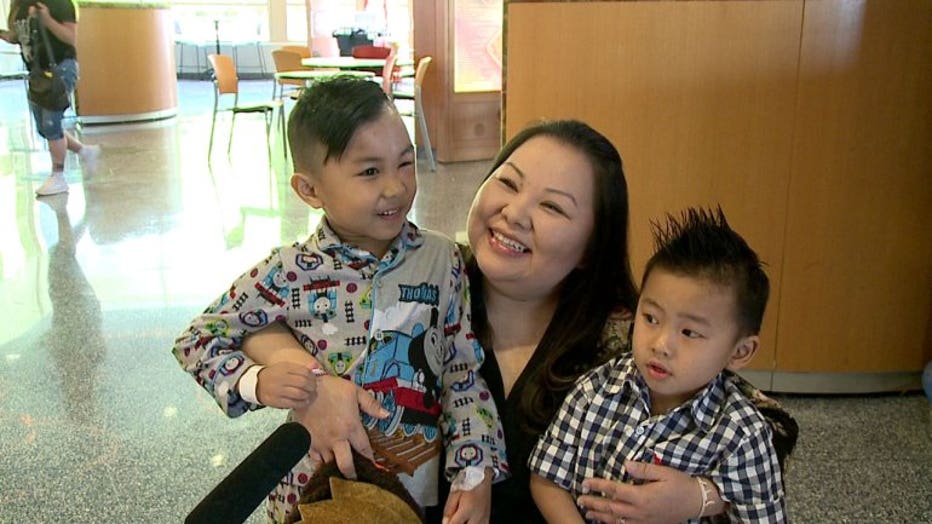 Kyu and his family 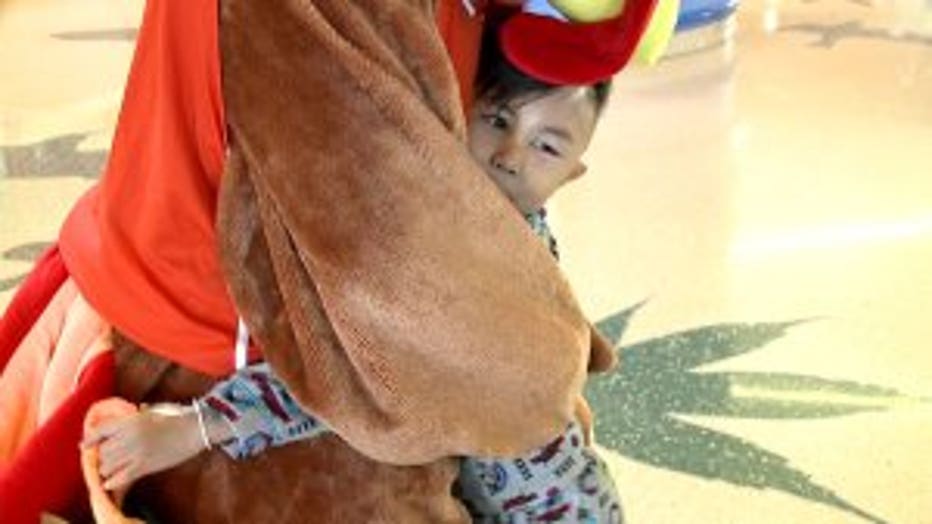 While Kyu San Juan might have a few favorite spots to rock out, he said there are no rules when it comes to the dance floor.

"You can be anything you want. You can dance however you want," said Rasami.