BROOKFIELD—  It doesn't take a brain surgeon to figure out drinking and driving is dangerous.  So it's all the more troubling when a repeat drunk  driver turns out to be an actual neurosurgeon.  FOX6 Investigators show you what happened after a Milwaukee doctor's latest arrest and why one patient thinks the system is letting her off the hook. 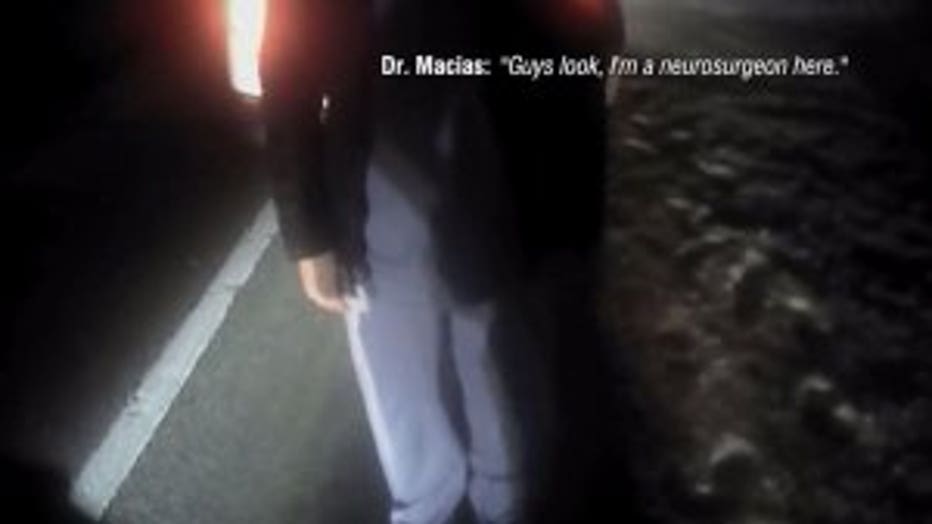 Dr. Melissa Macias repeatedly reminds officers she is a doctor as she struggles to complete a field sobriety test in March 2016.

Patients at Aurora-St. Lukes Medical Center were prepped and ready for surgery, but their surgeon was sitting in jail.

She'd gotten drunk and belligerent the night before and it wasn't the first time.

If anyone ought to know how alcohol affects the brain it's Dr. Melissa Macias.

Officer: "Would you like to perform the test for me, so we can get this over with?"
Macias: "Guys look, I am a neurosurgeon here."

She was scheduled to perform two surgeries the next morning, but wound up in jail instead. 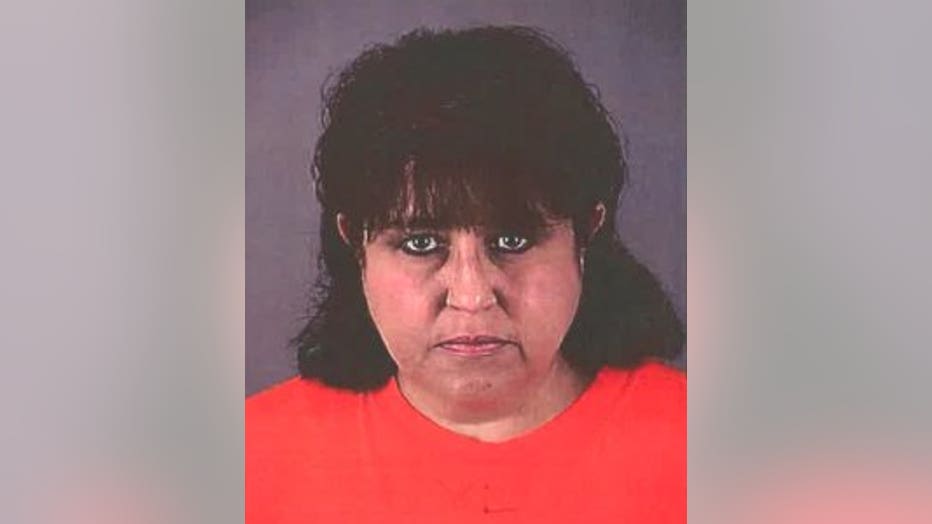 It was not the doctor's first drunk driving arrest.  It was her third.

"That just lets me know this is something you do on the regular," said Darshell Garner, a patient who underwent spinal fusion surgery later that same month.

"I believe any patient has the right to know," Garner said.

Garner has kept every piece of paper related to her surgery, but none mentioned that her surgeon was facing criminal charges for repeat drunk driving at the time she went under the knife.

Macias continued doing surgeries at St. Luke's for months after her arrest, while under an alcohol monitoring agreement with her employer. Garner knew nothing about the agreement or the pending criminal charges until the doctor pleaded guilty five months later. In August, Aurora Health Care fired Macias, but even then, the hospital only told patients that Dr. Macias was "no longer with" Aurora.

Garner had to find out why on her own.

"Oh my God, what have I gotten myself into?" Garner said.

But her concerns go beyond drunk driving. Since her surgery, Garner has complained of 'excruciating' pain, even worse than before the fusion.  During follow-up visits, she says Dr. Macias didn't want to hear it.

"She was very aggressive and got real upset with me,"Garner recounts, "because I was telling her how much pain I was in and this lady really got mad."

She filed a complaint with hospital administration, and our investigation finds she's not the first person to accuse Dr. Macias of having a temper.

"I literally could not say anything without getting sworn at," one employee said. 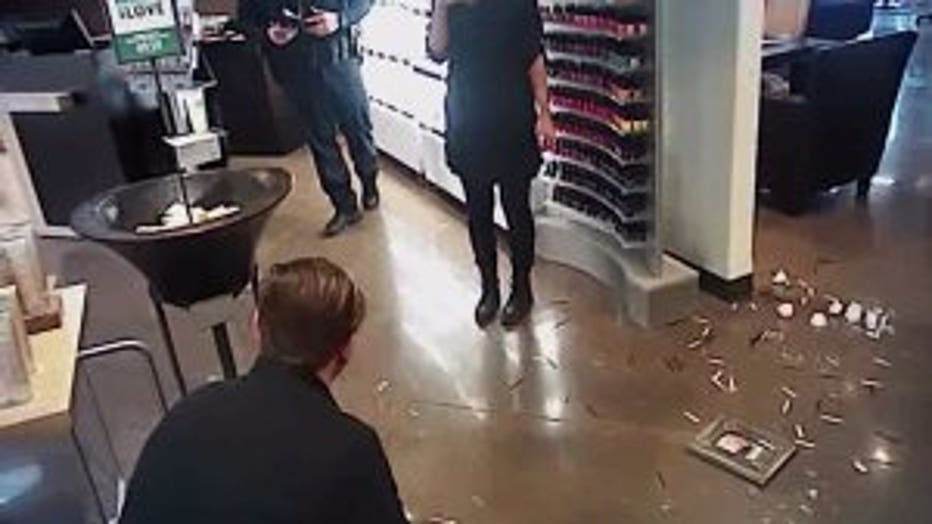 Workers there told police that Macias became belligerent, knocked down a promotional display with the swipe of her arm, broke a vase on the floor, and left without paying.

"I do not think she should be allowed back in here," one worker said.
"She cannot come back here ever," another added.

Macias offered her version to the officer conducting her traffic stop.

"I waited 45 minutes for my hair cut and it just didn't go well," Macias said.

If the outburst seems out of character for a well-respected neurosurgeon, consider her second drunk driving arrest in Illinois a few years ago, when Macias reportedly "banged her handcuffs on a table" and warned the arresting officer he'd "better hope" HE "never see her in ER."

Then she said the same thing to correctional officers.

Dr. Macias told state investigators she bears "full accountability" for her actions, but points out she was "off duty" at the time of her arrest, has not "endangered the safety" of patients and, until now, had never been disciplined by the state medical board.

And if a prosecutor for the Department of Safety and Professional Services had his way, she would still have a clean record. He recommended her case be closed with no further action. The medical examining board rejected that proposal, however, insisting the doctor's conduct was related to the practice of medicine and that public discipline was necessary. 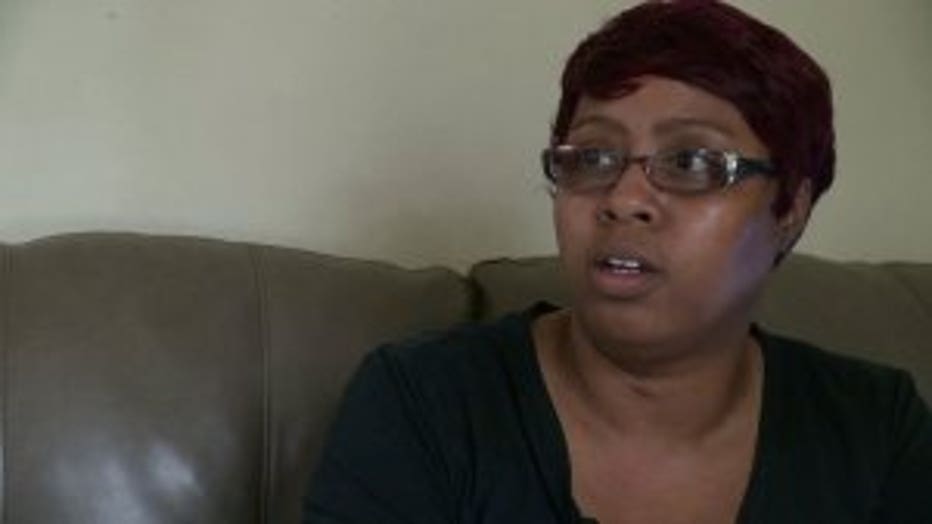 Darshell Garner filed a complaint about Dr. Macias' bedside manner even before learning the surgeon had been arrested for drunk driving days before her surgery.

In the end, the doctor cut a deal that allows her to keep practicing medicine, as long as she remains sober and stays in alcohol treatment.

Last fall, Dr. Macias left Wisconsin for a job at the South Texas Brain and Spine Center in Corpus Christi.  If patients there check the Texas Medical Board website, they'll see that Dr. Macias reports having no criminal history and no history of disciplinary action by other state boards.

"And then let me decide if I still want this lady to do surgery on me," Garner said.

Dr. Macias had never been disciplined by the Wisconsin Medical Examining Board prior to this case, but she has been the subject of a half dozen complaints since 2004, including five complaints the past three years. Two of those complaints are still pending.

In 2014, Macias was accused of giving a high dose of opioid painkillers to a patient who then suffered a stroke. The state closed that case without any action after Macias agreed to a $200,000 dollar settlement.

We emailed and called Dr. Macias for comment on this story. She did not respond, but she did tell the State of Wisconsin that she has embraced sobriety and has no plans to return to the Badger State.

The FOX 6 Investigators asked Aurora-St. Luke's Hospital why it did not inform patients of the doctor's drunk driving arrest and subsequent criminal charges. The hospital did not respond with an answer.