MILWAUKEE – Car accidents happen every day. After the debris is cleared, the big question is – who is responsible? In one case, the person blamed wasn’t even at the scene of the accident.

One year ago, there was a serious accident near the intersection of Third and Concordia in Milwaukee. Police say Brittney Hayes’ car crossed the center line, hitting multiple vehicles and causing injury. 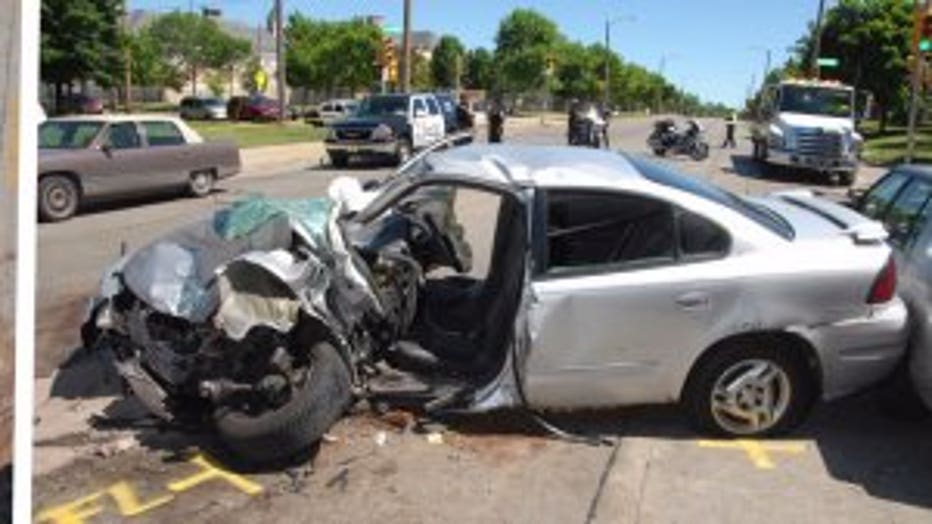 “I'm not even sure exactly how it really happened,” Hayes said. “It's very emotional. It's very hard. It's very stressful.”

Hayes owed thousands of dollars for the accident and the DMV suspended her vehicle registrations. There were serious consequences even though Hayes was nowhere near the accident when it happened.

“It happened to me. It can happen to really anybody,” Hayes warned.

Ten days before the accident, Hayes sold her car to a guy who saw it sitting outside her home in Oak Creek.

“I had some random guy show up on my driveway and ask what was going on with it and asked me if I could sell it to him,” Hayes recalled.

Hayes asked the man to pay $700 for the 2004 Pontiac Grand Am. She met the man later for the exchange.

“We did have a title and we did give it to him,” Hayes said. 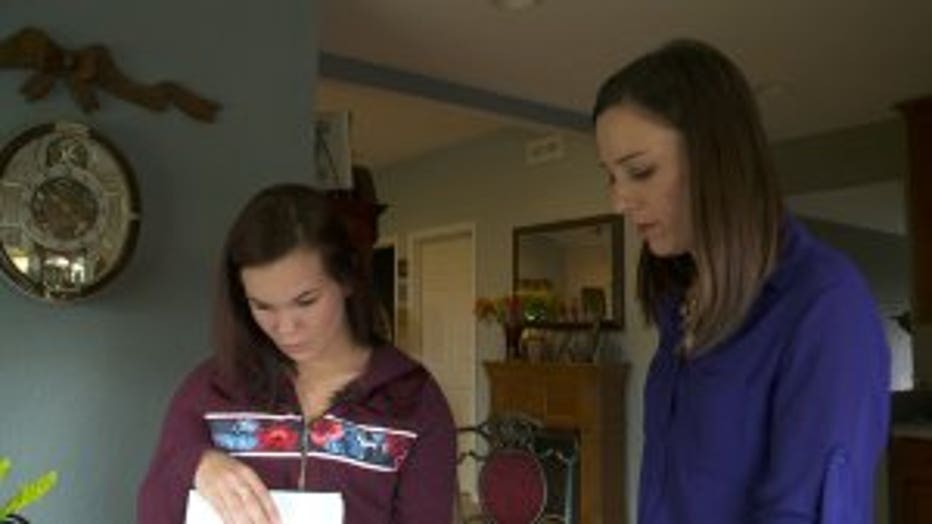 Hayes assumed the buyer would take the title to the DMV, but that never happened.

When the Grand AM crashed, it was still registered in Hayes’ name. She’d already dropped the car’s insurance.

“There's no way for DMV to protect you in those cases. All we can do is provide records to show when the vehicles transferred from one name to another,” explained Shawn Cuevas, a supervisor at the Wisconsin Department of Transportation.

The Wisconsin Department of Transportation says it’s important to follow specific steps when you sell a car:

“It's very common that people don't take all the steps,” Cuevas said. 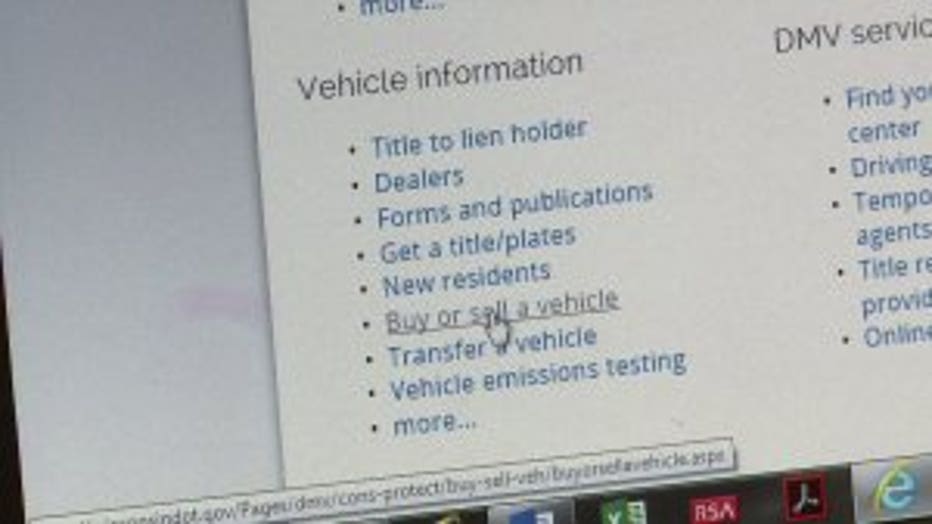 You can find the proper forms and information about selling a car HERE.

Hayes appealed to the DMV and had a hearing. She was told to get a bill of sale, but the 21-year-old says she couldn’t reach the person who bought her car.

“It's very difficult for me because I am so young,” Hayes said.

Hayes’ family reached out to FOX6’s Contact 6 and they emailed Progressive Insurance about the bill Hayes received for $3,030.53 in connection with the accident. 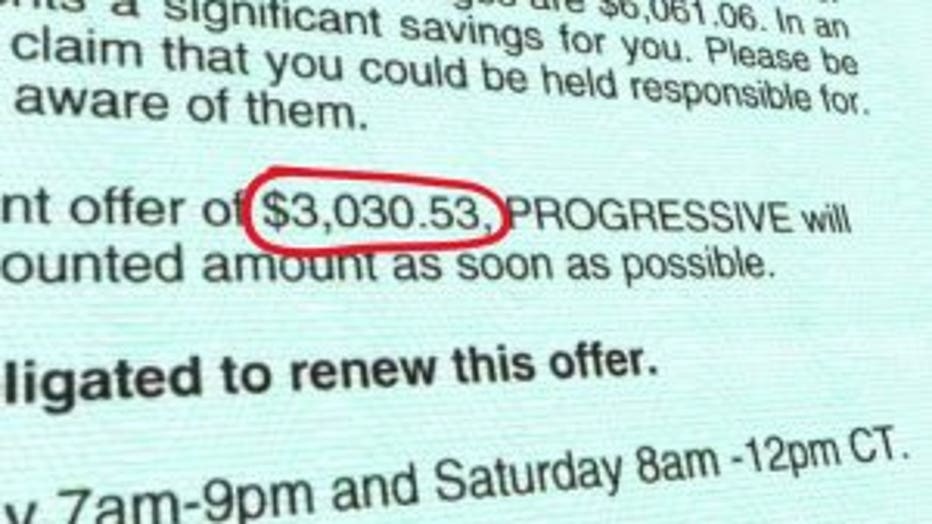 Two days later, Progressive said it was dropping the bill. The company did not offer an explanation. The same day, the company sent a letter to the DOT asking it “stop all suspension proceedings against Brittney Hayes, as she was not the owner” of the vehicle. 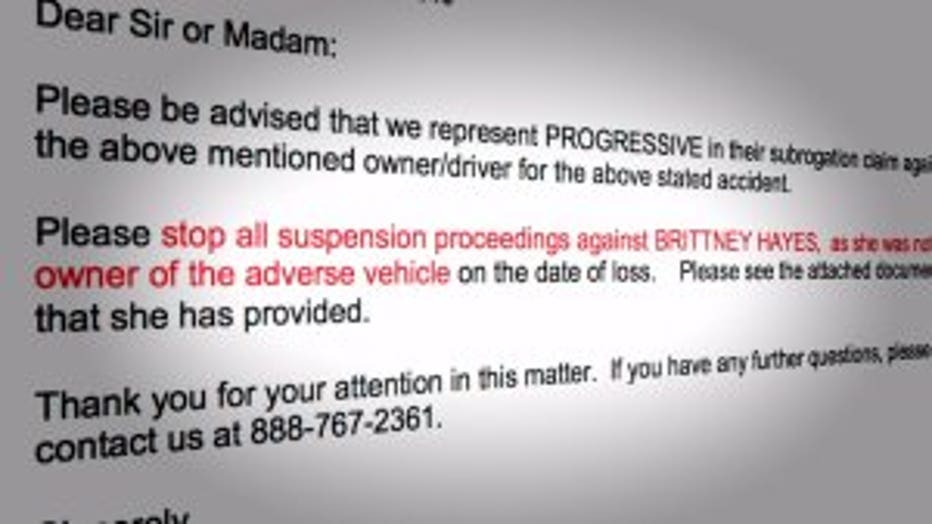 “I think if I could change something, it definitely would be taking someone, if you're selling a vehicle, take them with you to the DMV,” Hayes said.

It turns out the person who caused the accident in Hayes’ old car wasn’t even that man she sold it to – it was a woman. Contact stopped by the woman’s home, but a relative said the person was incarcerated and she didn’t know how the woman ended up with the car.