MARKESAN -- When Pam Schoenecker left the hospital last month, a doctor said she was infected with COVID-19 and told her to quarantine. 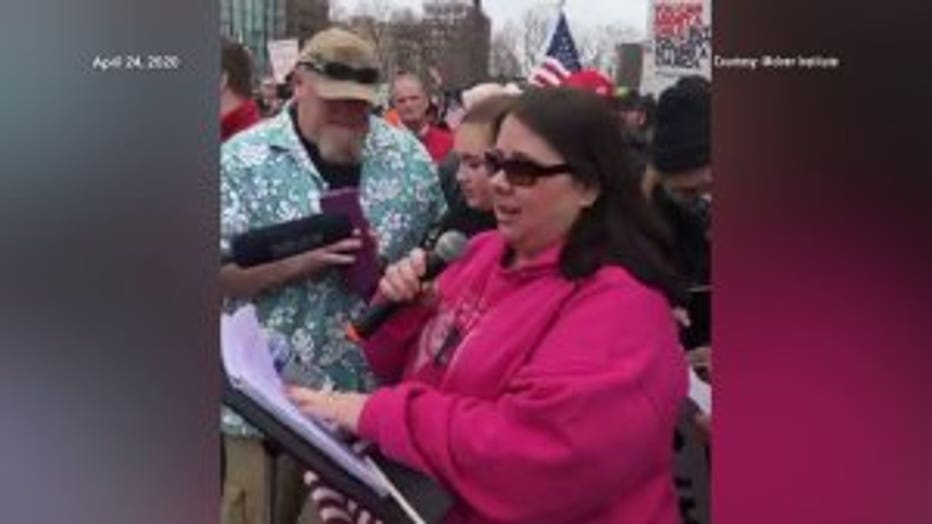 Four days later, she was protesting in Madison. She wasn't worried about spreading the virus, because she is convinced the doctor was wrong.

"We are told in this world to believe the science," Schoenecker said. "Why did this doctor ignore the science? I'm not a COVID patient, should've never been labeled one."

Schoenecker has asthma and every spring, she says, allergies make it worse. But this year, there was an added fear: "Gosh, could it be the coronavirus?"

“I’m not a COVID patient, should’ve never been labeled one.”

So, when her breathing trouble became a medical emergency on April 16, she drove to a hospital in Columbus where she was swabbed for COVID-19.

The results were negative. 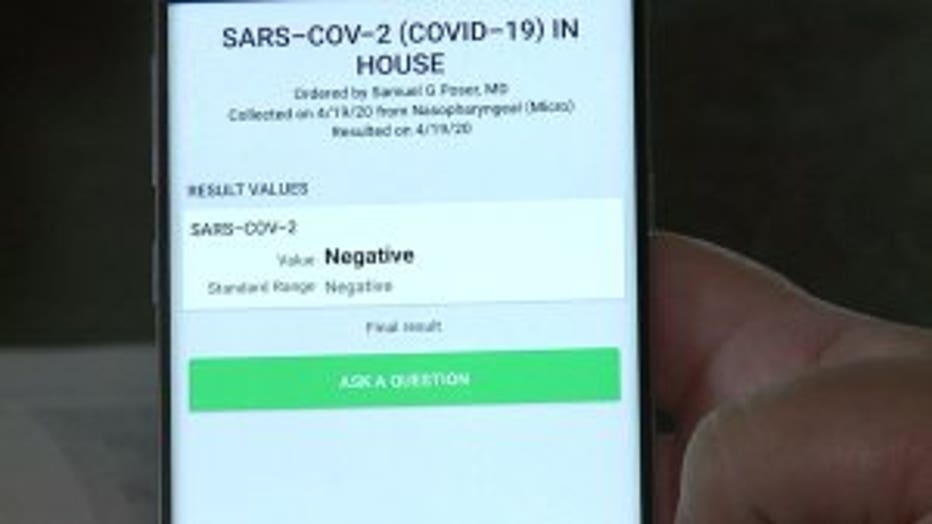 The next morning, they tested her again -- this time for a host of other coronaviruses. Still, the results were negative. Two days later, the doctor ordered a third test. Once again, it was negative.

"And this time he's head to toe in his PPE completely. And he goes, I am absolutely convinced you have COVID-19," Schoenecker said.

So why did the doctor say she was positive?

"I don't know. I really don't know," Schoenecker said at the protest in Madison. "Is it because hospitals receive more money if a doctor labels you COVID-19?" 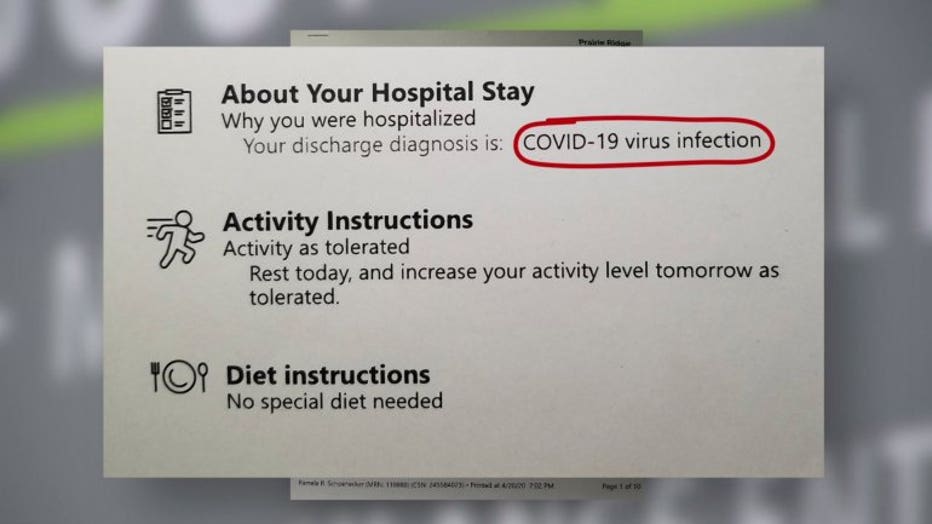 Schoenecker, who is threatening to sue over what she calls a fake diagnosis, has taken that question to Madison and conservative talk radio.

"Because of this COVID-19 diagnosis, I can't even see my primary care doctor," said Schoenecker on a call to a radio show.

But in a phone call that Schoenecker recorded, Dr. Sam Poser offered an unusual explanation.

"There was a Broadway star that got, he got the pneumonia, he got the whole thing," Dr. Poser said.

Broadway actor Nick Cordero tested negative for COVID-19 twice before a third test came up positive. On April 18, news broke that his leg was being amputated due to COVID-19 complications. 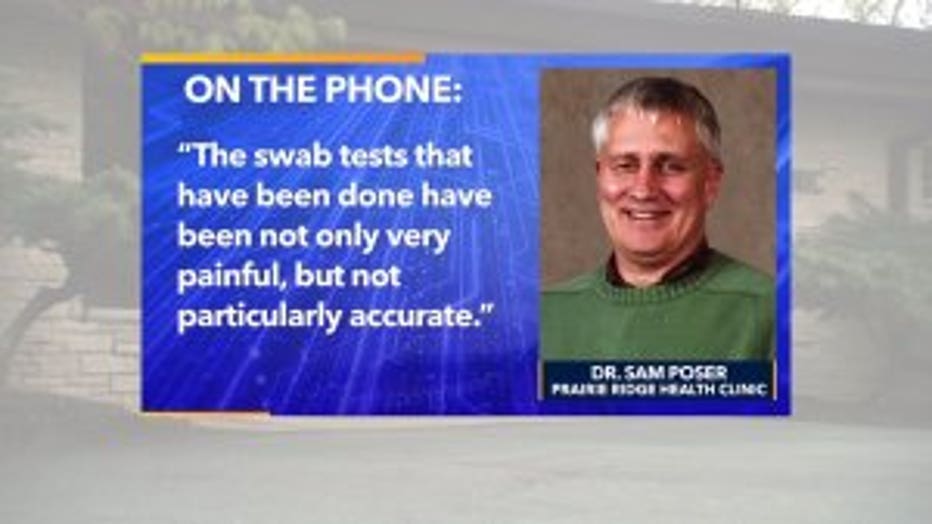 The next morning, April 18, Dr. Poser ordered Schoenecker to get a third nasal swab.

"I said why are you so sure of this? And he said, 'I want you to Google this Broadway star,'" said Schoenecker.

Dr. Poser said the same thing -- "If you remember reading about a Broadway star..." -- in a call with FOX6 Investigators.

"The swab tests that have been done have been not only very painful, but not particularly accurate," said Dr. Poser.

One expert who the FOX6 Investigators talked to says otherwise. 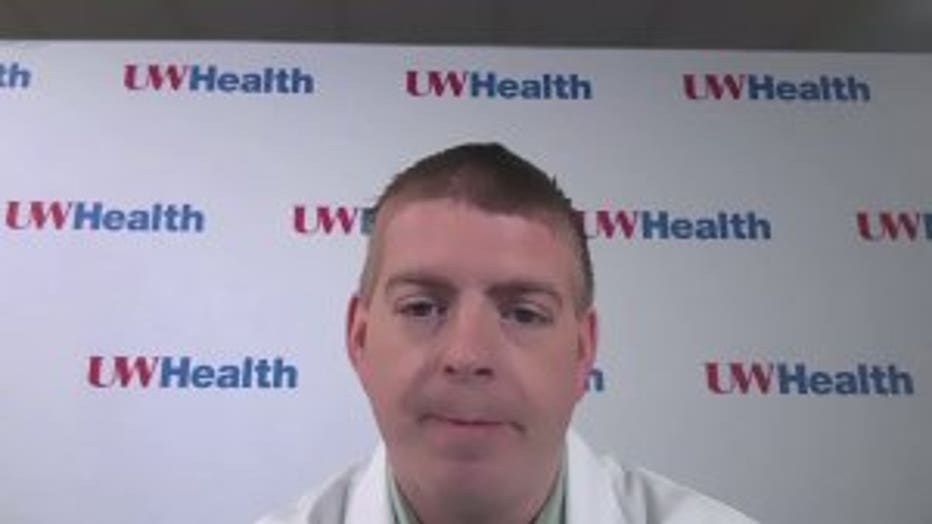 "Even if you have one copy of the COVID-19 RNA on the swab, the test will pick it up and show you as positive," said Dr. Jeff Pothof, chief quality officer for UW-Health.

Dr. Pothof says the odds of a false negative are low -- maybe two out of 100.

FOX6 asked Dr. Poser: "Is this really just a matter of judgment?"

He responded: "Sometimes you have to go by the clinical presentation."

Dr. Poser recalls Schoenecker having "classic" symptoms, like loss of smell, something she says never happened.

"Classic COVID symptoms are fever, sore throat, a cough that won't go away," Schoenecker said. "Not one time, while I was hospitalized, did I have any one of those." 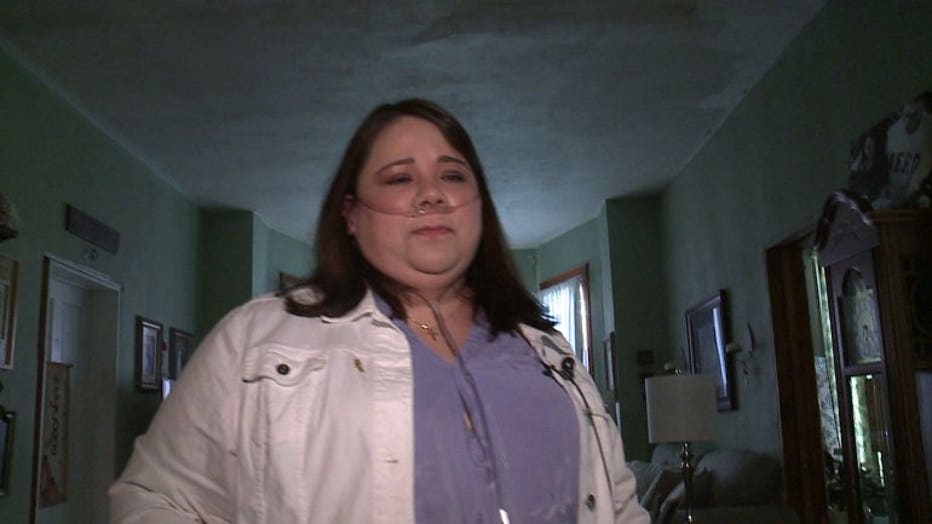 Schoenecker believes it was nothing more than aggravated asthma, and she wonders if cases like hers are inflating the state's numbers.

"I know that there's a lot of other people out there just like me," she said.

"That would be an exceedingly rare situation," Dr. Pothof said.

If anything, Dr. Pothof says the state is undercounting cases, but it's hard to blame Schoenecker for being skeptical of the math that somehow turned three negatives into a positive. 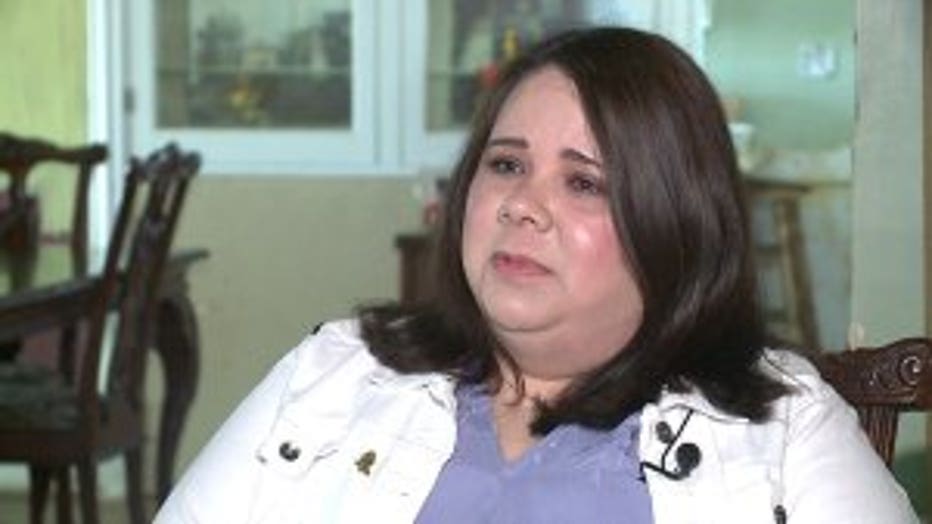 Schoenecker lives in Green Lake County while the hospital she went to is in Columbia County. She says both counties' health offices have told her they received no positive test results related to her hospitalization. That means she would not have been included in the state's totals.

Dr. Poser tells FOX6 that he did not report his diagnosis to the county either.

It wasn't until FOX6 News interviewed Schoenecker at her home in Markesan that we learned the name of her doctor. That is when we discovered Dr. Poser has a relative who works at FOX6 News. As soon as we became aware of that relationship, we took steps to ensure that that employee played no part in the ongoing investigation.