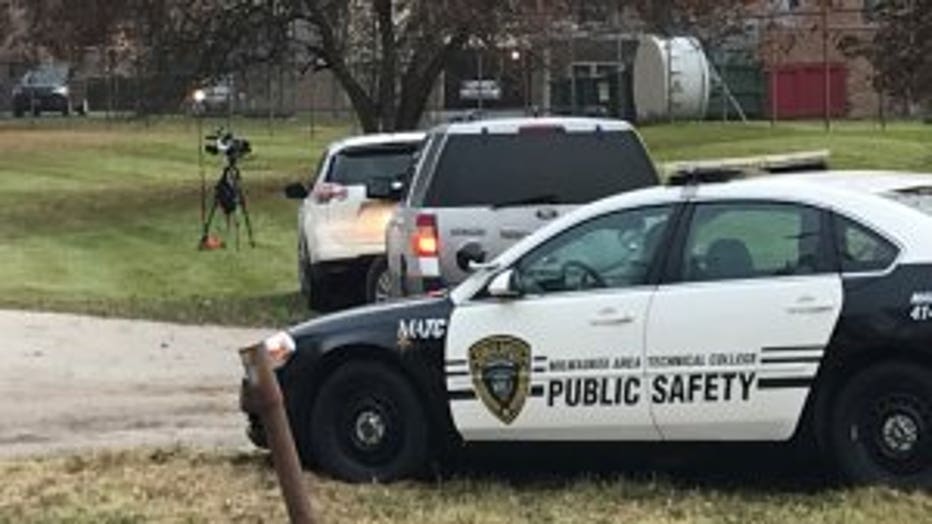 The site remains littered with random items like bicycle tires, propane tanks and coolers -- one day after law enforcement recovered guns and ammunition in one of the holes.

Multiple agencies responded to the area near Capitol and Humbolt just before 8 a.m. on Nov. 20. Officers took a 41-year-old man into custody who they say was using the bunkers.

Despite their initial shock, family and friends of the suspect tell FOX6 off-camera that they feared something like this might happen someday. Said one individual: "I'm dumbfounded by this, actually. I didn't think things would go this far."

"He did not want to be discovered by the system."

But court records show the suspect's name has been in the system for years. In 2009, he was cited for causing a disturbance by riding down the street on a bicycle with eight german shepherd dogs running alongside him. In 2012, he was accused of getting into a scuffle with officers trying to detain him.

With this latest run-in with the law, acquaintances of the suspect hope this is the wakeup call he needs. According to those who know him, he wasn't shy about telling people he lived in a "hole in the woods" -- the makeshift home is evidence that the suspect had been staying there for a while.

The investigation into the suspect's motives is ongoing and he has not been charged with a crime at this time.

The land is owned by MATC. An MATC spokesperson says it's used for the school's transmitter and is not near any student activities.