Understanding the 3-day right to cancel

Understanding the 3-day right to cancel

KENOSHA — If you make an impulse buy and regret it later, the sale isn't always final. A Pleasant Prairie man told Contact 6 he regrets buying a $36,000 car.

"I thought it was a good deal then, but then, what do I know?" said Gerald Martin. 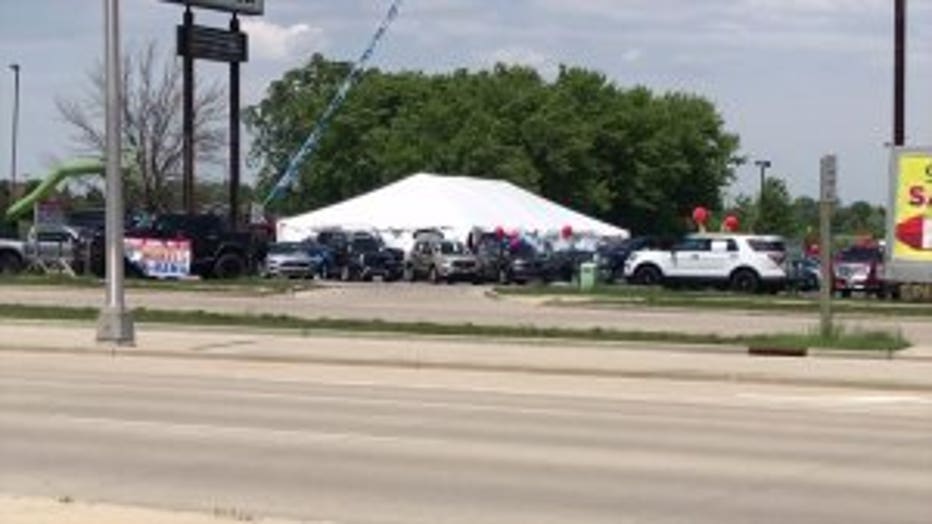 In June, Martin visited Kunes pop-up car sale in Kenosha, with no plans of buying a car. 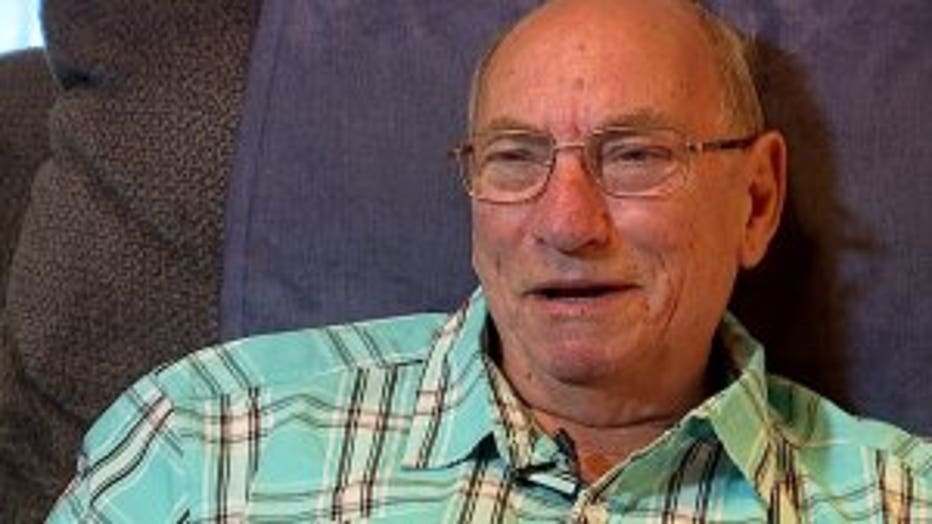 On a whim, Martin traded in his fully-loaded Nissan Murano and paid an additional $7,500 for a new Kia LX.

"I trade cars like every two three years. I ain't got nothing else to do," Martin said.

Back home, his friend, Lisa Mallace, thought it wasn't a good deal. A few hours later, they were back at the sale.

"'We want our car back,' and Gerry was there, and he said, 'Absolutely not. All deals are final,'" recalled Mallace about their attempt to reverse the sale.

So, Mallace did more research. She found Wisconsin code stating when a car is sold by a dealer at a "temporary site" other than "its licensed place of business," the customer has the right to return within three days, and must be informed of that right. 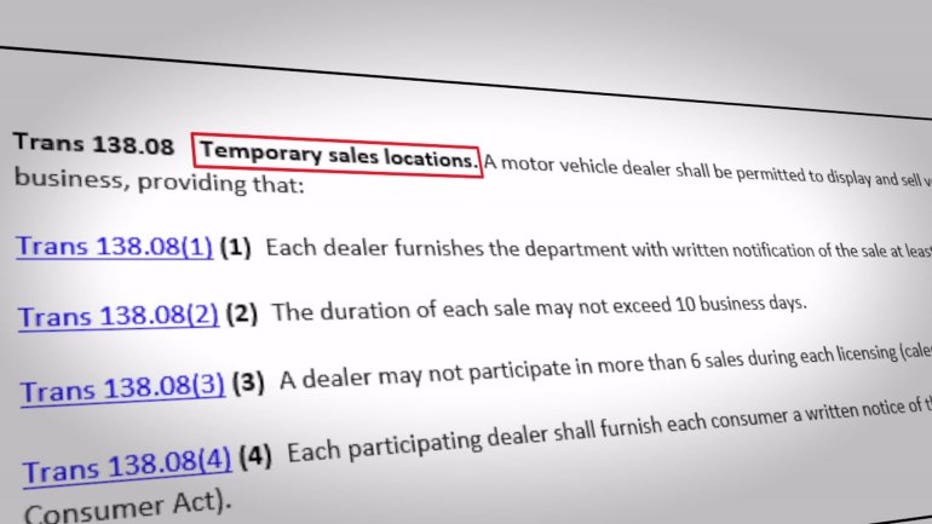 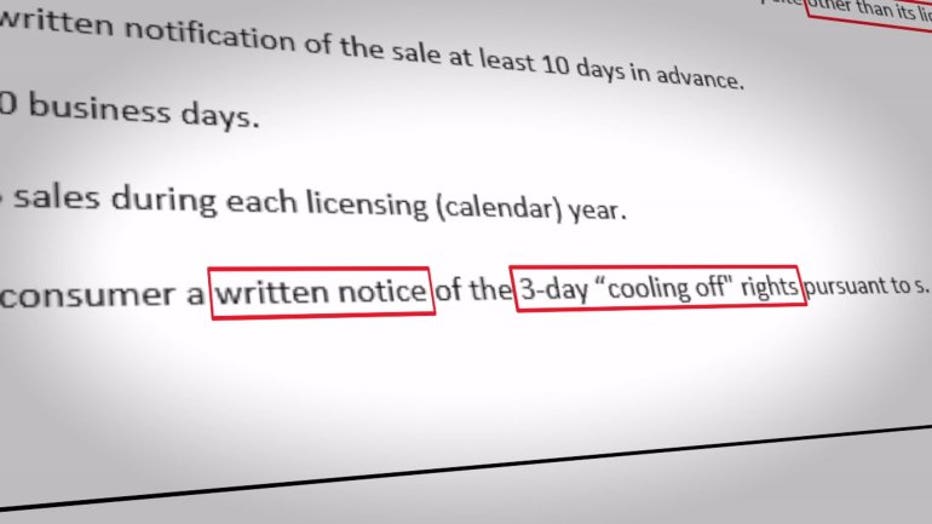 So, they visited the sale again. Kunes refunded Martin $7,500, but wouldn't reverse the trade-in.

"I ended up calling the DOT," Mallace said.

The DOT sent an investigator to the sale, who found seven violations. Among them, "no three-day right to cancel forms were included in any of the sales." Kunes was ordered to stop the event and make corrections. 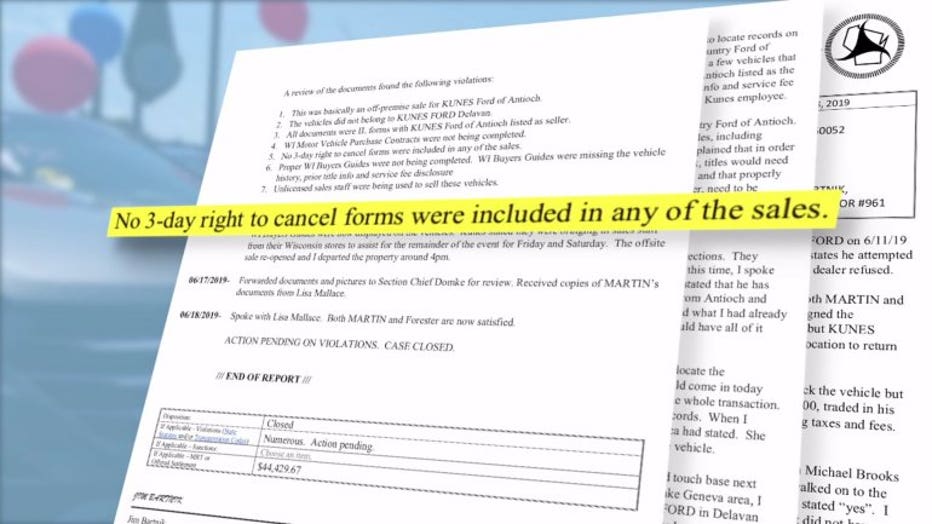 "We had an off-site sale in Kenosha, and we hired a third-party company to help us with it, help staffing levels with it, and I don't think those people were as familiar with the three-day rescission law as our own staff are," explained Jennifer Myers of Kunes Auto Group.

Myers said as soon as Kunes managers got involved reversing Martin's trade-in, was a non-issue. 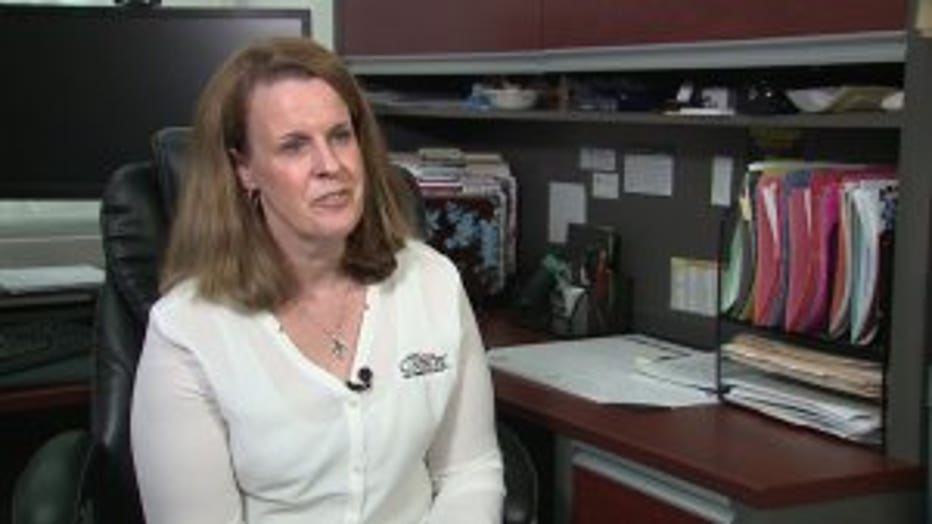 "We are very much aware of what the laws are in Wisconsin, and you, as a consumer, you should know your rights as well," Myers said.

Martin was told to come get his car.

"Boy, did they treat me nice," Martin said.

In Wisconsin,  the three-day right to cancel also applies to door-to-door transactions, sales made by phone or email, in hotel room, or at fairs or trade shows -- if the purchase is more than $25. The customer can file a notice to cancel in person or by mail.