MILWAUKEE -- New body camera video obtained by FOX6 News shows the aftermath of the controversial arrest of Milwaukee Bucks' guard Sterling Brown, during which a Taser was used. It happened in January after police said Brown's vehicle was found parked across two parking spaces meant for those with disabilities at the Walgreens store near 27th and National.

Multiple body cameras were recording on the night of the incident. The new video shows the aftermath, including officers discussing how it would all look in the media. It sheds light into the thought process of some of the officers on scene, and the commentary by the officers has the mayor concerned.

Milwaukee police released video showing one angle on May 23.

In the new body camera video obtained by FOX6 News, an officer is seen stepping on Brown's ankle after the Taser had been used and Brown had been handcuffed. Brown asks the officer why he is stepping on his ankle.

Milwaukee Mayor Tom Barrett has been vocal as to his concerns following the release of the first video by MPD -- which shows Brown was not combative, as originally reported by the officers. 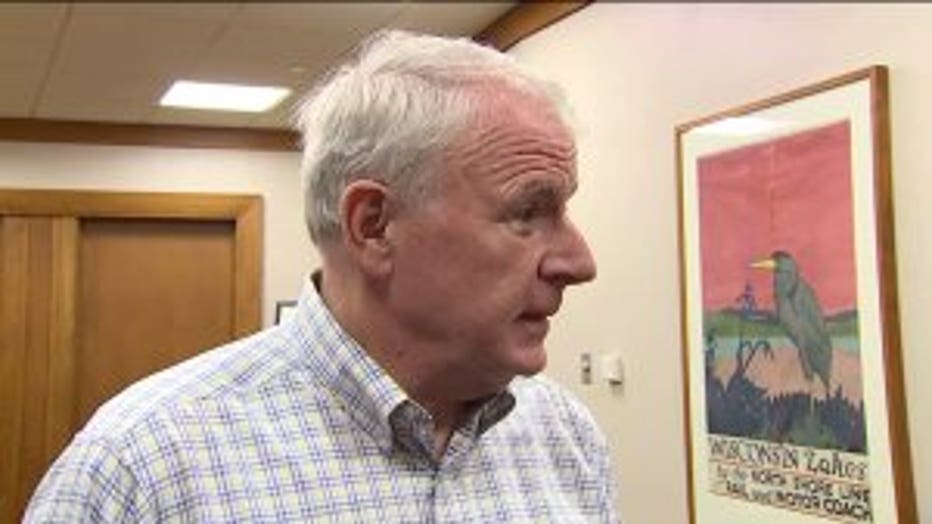 "Foot on the ankle was not necessary. Clearly it was not necessary," Barrett said Monday. "I think this is another sign that we have to have better training so that our officers know how to diffuse situations like this."

Brown is planning on filing a civil rights lawsuit against the Milwaukee Police Department. Two sergeants and one police officer were disciplined with suspensions. There will be additional training for a total of eight officers.

Milwaukee police did not release the new videos, but they responded to them, saying their investigation was "internally generated after supervisors within the Department brought it to the attention of the executive command staff." The statement went on to say more videos and documents related to the investigation will eventually be released to those who have filed public requests.

Chris Ott, executive director of the ACLU of Wisconsin, issued the following statement in response to the release of this video:

“We are outraged that the police officers involved in Milwaukee Bucks’ player Sterling Brown’s arrest were focused on planning damage control for their excessive use of force, instead of treating Mr. Brown with the dignity and professionalism that everyone—whether a Bucks player or not—deserves from the police. These officers refer to public concerns about racially biased policing with disdain, providing further proof that the culture and conduct of the Milwaukee Police Department toward people of color and their concerns need to change.

These officers must be held accountable to reinforce that police have a duty to protect and serve all people equally regardless of the color of their skin - including people of color. And to people who think that basketball players - or other athletes - shouldn't concern themselves with what happens off the court, take note that this type of policing impacts ALL people.”

"The recent release of additional bodycam footage from the Sterling Brown incident provides more concerning details surrounding that night while prompting a call for a full audit of the incident. The footage provides yet another glimpse into the activities and comments of some of the police officers involved. It is concerning and unacceptable that these clips and others were not included as part of the initial bodycam footage shared with Common Council members over 2 months ago and the public most recently.

After meeting with the Fire & Police Commission today we have requested the following:


Both the Council and the community were assured by MPD that a plan would be put forth to make improvements. We are anxiously awaiting the details of this plan and urge MPD to be transparent with the public in its approach. At the same time, it is our continued commitment that there be complete transparency around this issue along with swift and appropriate action to all those involved who violated MPD policies and procedures. We remain steadfast and are ready to work with the Community, Fire & Police Commission and MPD toward necessary change."