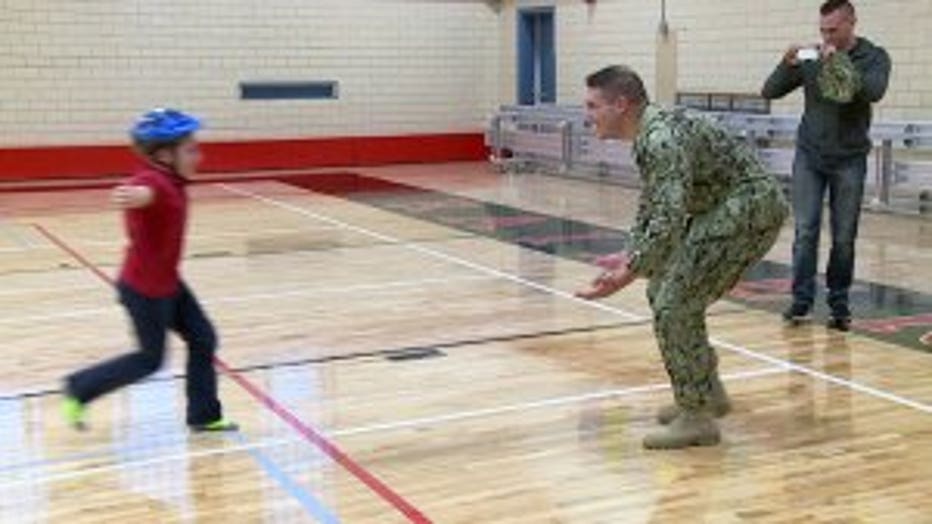 WHITEFISH BAY -- A 7-year-old boy got the surprise of a lifetime on Monday, Jan. 7.

The second grader had not seen his dad, who is a captain in the U.S. Navy, for nearly two years. But when things changed with the Navy, the captain was able to come home earlier than expected -- and he surprised his son during skating class at St. Monica Catholic School in Whitefish Bay.

Jon-Andrew Anderson has been serving as a captain in the U.S. Navy in Bahrain since April 2017. 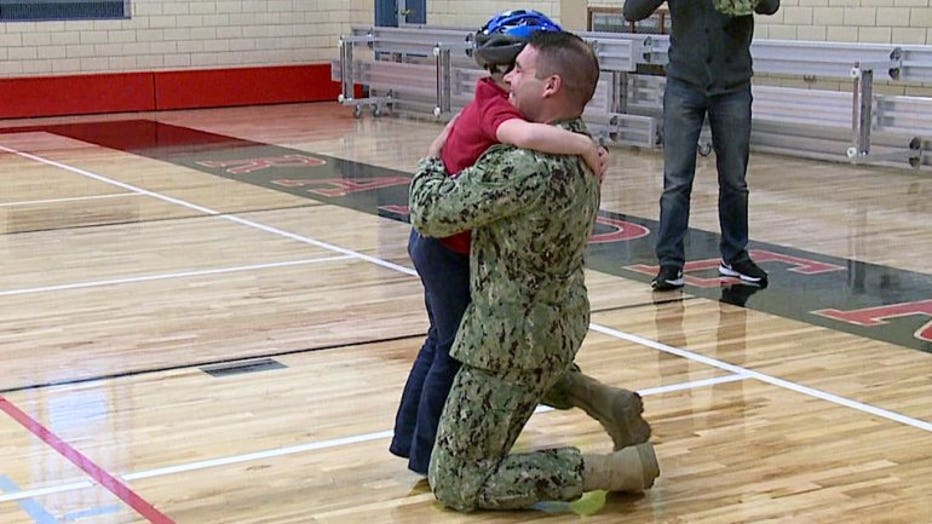 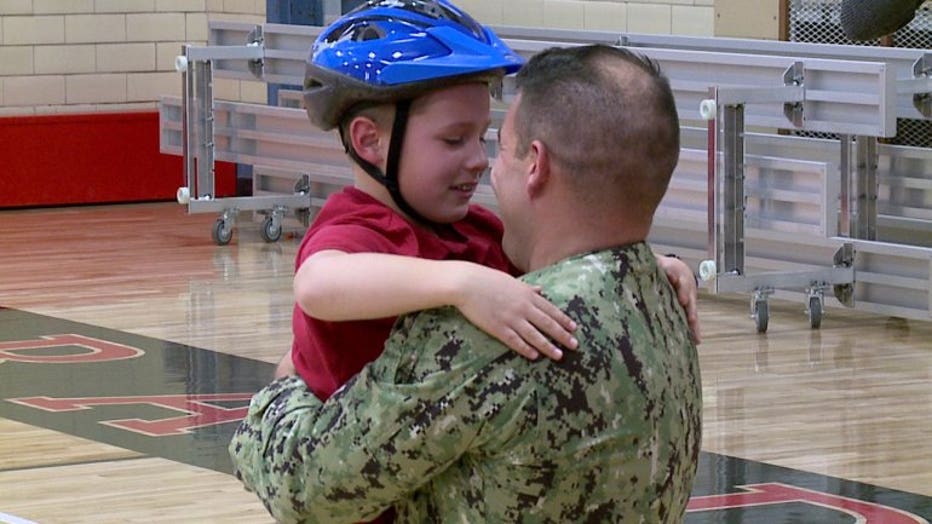 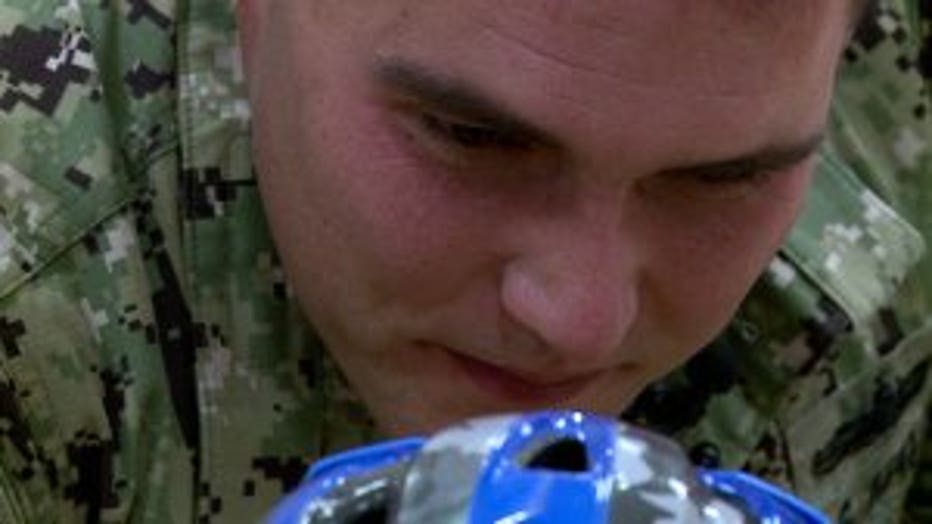 Anderson's deployment only allowed him to talk with his son Ethan on FaceTime during his active duty. He made calls at 4 a.m. in the Middle East just to say good night.

"Once you hang up with him, it's back, it's back to 135 degrees and getting back on the ship and going -- and I actually feel like I'm home now," Anderson said.

All of that changed on Monday when the two were reunited at St. Monica School -- while Ethan as in class. 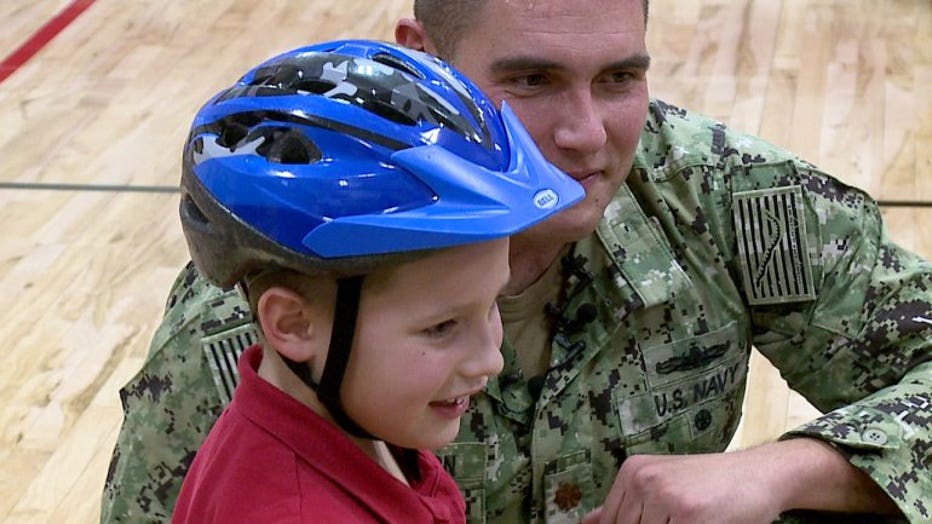 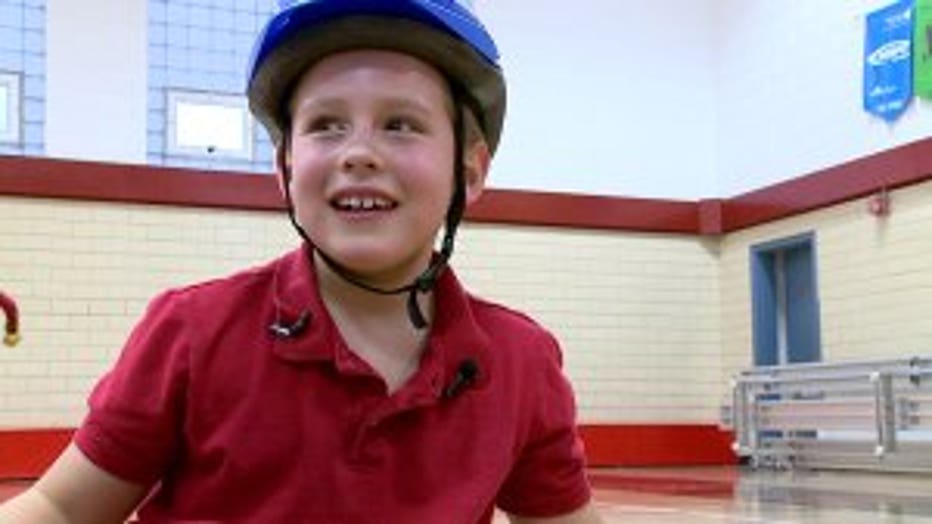 "Like he's here now, you can touch him, he's right there," Anderson said.

The 7-year-old had no idea his dad was back in the U.S.

"I thought I was only going to see him next Christmas. But I get to see him now!" Ethan said.

There was even more good news for the two. Anderson will not have to be back at sea for a few years.

"However long you're gone from home, it's always worth it for the day you get to come back."

"However long you're gone from home, it's always worth it for the day you get to come back," Anderson said.

Anderson is in town for a week -- and is moving to Washington, D.C. where he will be able to see his son more often.