“I don`t want to know what`s under there:” Contact 6 tests beards for germs as men grow them for Movember

"I don`t want to know what`s under there:" Contact 6 tests beards for germs as men grow them for Movember

MILWAUKEE — Movember is here and you're probably seeing a lot more facial hair around your workplace. The men at FOX6 definitely start to look a little furry. People everywhere are growing facial hair to raise money for important research in the fight against prostate and testicular cancer. 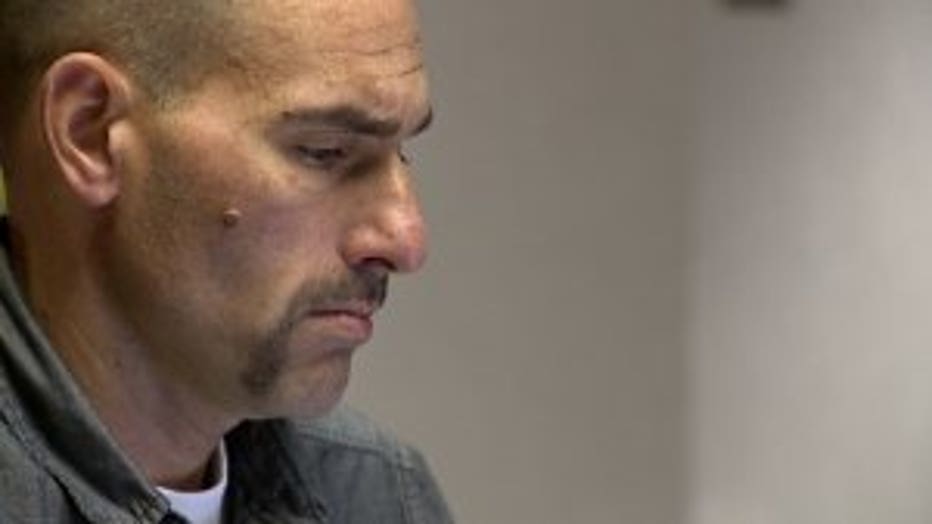 FOX6 photojournalist, Andy, grows out his facial hair for Movember.

A stiff upper lip is required to withstand the teasing about what could be hiding in those beards. So, FOX6's Contact 6 wanted to see if facial hair is really as dirty as people think.

For an answer, Contact 6 turned to Accelerated Analytical Laboratories.

Hirsch, who has a beard, promised he would be unbiased in the Contact 6 test. 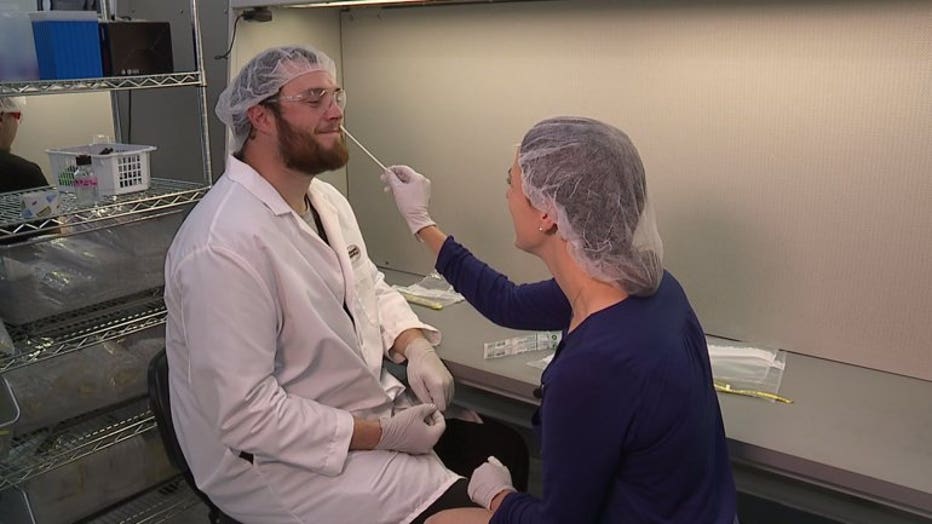 Contact 6's Jenna Sachs learns how to test beards for germs with the help of Thomas Hirsch of Accelerated Analytical.

After practicing in the lab, Sachs and Hirsch head out to do some testing.

They meet up with the Milwaukee Admirals hockey team. 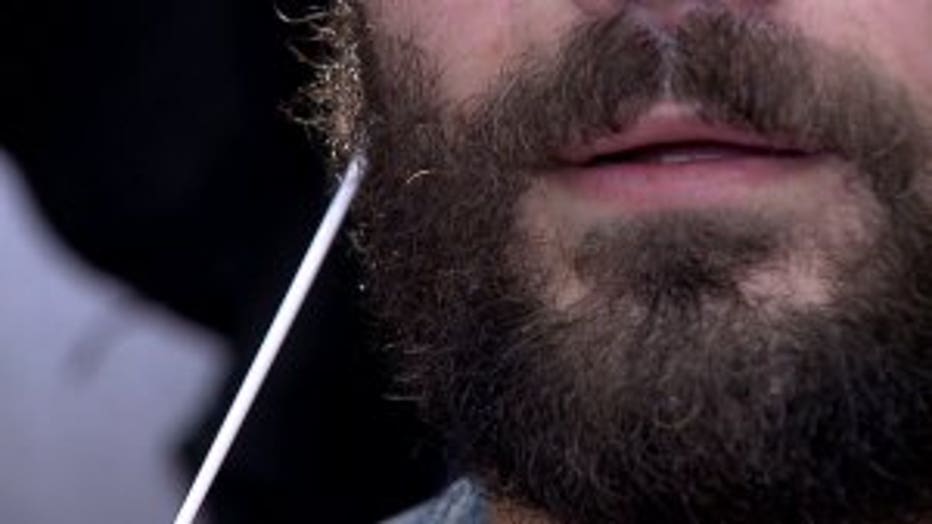 In the locker room, plenty of players are more than willing to put their faces up for inspection.

"This is going to be the cleanest one," said Mike Liambis, the Milwaukee Admirals left wing.

"You could find anything, left over breakfast, some Gatorade," said Matt Irwin, a former defenceman for the Milwaukee Admirals.

"Some of the guys in here may have some things going on underneath there, we're not sure," said Austin Watson, the former center for the Milwaukee Admirals.

Contact 6 tested eight men, both bearded and clean shaven, right after practice — some had showered and some had not.

"I shampoo mine. Maybe not with proper beard shampoo but I use shampoo," Irwin said.

"I don't take time to wash it. I just shower," admitted Jimmy Oligny, a defenceman for the Milwaukee Admirals. 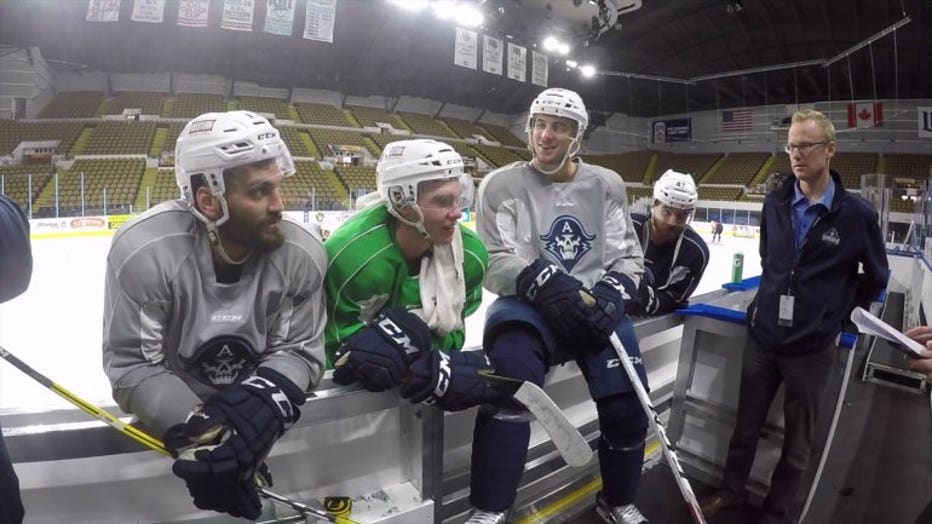 The Admirals Vice President of Communications, Charlie Larson, even joined in.

"I think it's awesome, especially if I have the cleanest face," Larson said.

After the samples were collected, they were sent off to the lab. A couple weeks, later the results were in and ready to be revealed to the team. 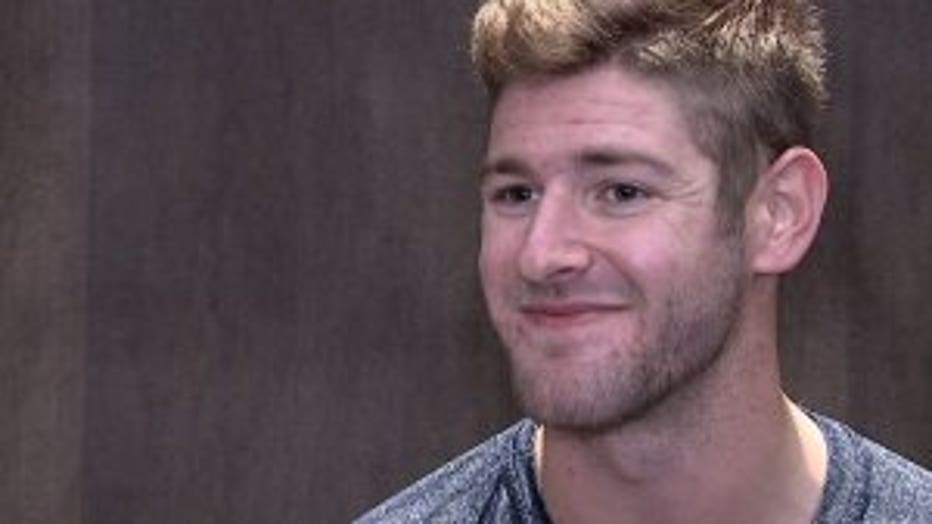 Austin Watson, former center for the Milwaukee Admirals, had the cleanest beard.

The cleanest beard was Austin Watson. He wasn't there for the reveal of the results because after being tested he was called up to the pros.

Neither Watson or Larson worked out that day, which Hirsch thinks played a role in the results.

"The people that did practice, you're collecting all this sweat and bacteria on your chins in your face," Hirsch said.

Overall, most of the faces were pretty clean, but there was one exception.

The Contact 6 test found one beard had E. coli in it. 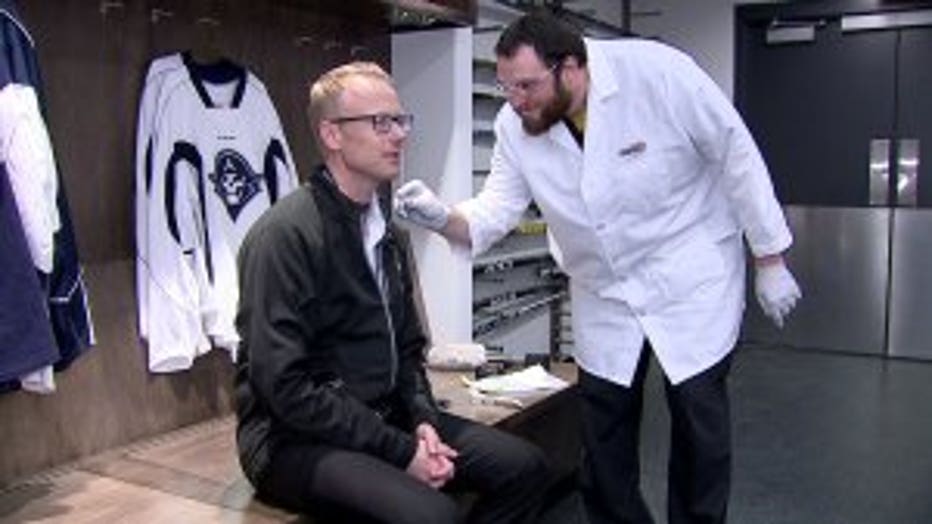 "It's most commonly found in fecal mater or poo," Hirsch said.

"Someone had poo in their face?" asked Liambis.

Hirsch offered another explanation for why E. coli could be present.

"E. coli can be in raw food, you see food recalls where they have E. coli. E. coli is in water. If you swim in Lake Michigan you have E. coli on you," Hirsch explained.

In the end, Hirsch says just keep cleaning that beard while it grows out for Movember.

"If you're growing a beard for November just make sure that you wash it," Hirsch said.

If you have facial hair, the potential for a dirtier face does exist because it's place for bacteria and sweat to collect -- especially during a vigorous workout where you're perspiring a lot. However, if you take the basic steps to keep your face clean, you'll be fin.