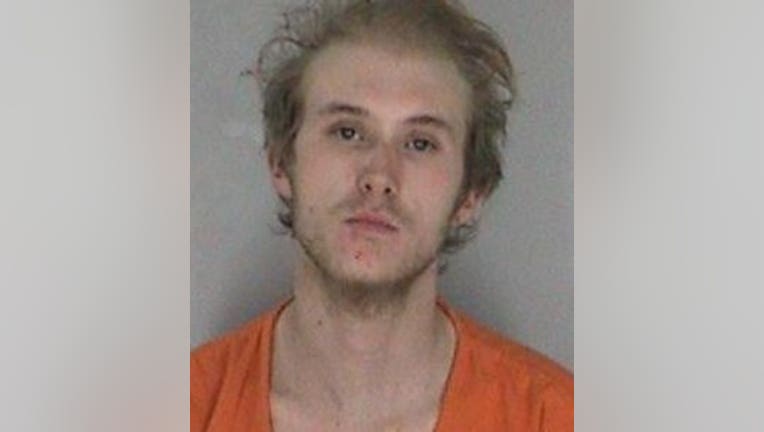 IOLA -- Road rage led to a fatal stabbing in Iola Saturday night, Jan. 25, and the victim, identified as Bradley Trinwith, 42, of Mukwonago, died at the hospital.

Tyler Knutson, 23, of Iola, was charged with first-degree intentional homicide for the stabbing that happened around 8 p.m.

According to the criminal complaint, the 45-year-old man who called 911 in this case had been driving a Chevy pickup truck with the victim as a passenger. He said they left a bar and nearly hit a passing Ford pickup truck driven by a 23-year-old woman, with Knutson as a passenger. The complaint said the Ford pickup Knutson was in continued west on Water Street, turning onto S. Main Street to Main Street, with the Chevy pickup following.

Prosecutors noted the drivers of both trucks described aggressive driving on each other's parts.

Eventually, the two trucks pulled into adjacent driveways -- one belonging to Knutson's cousin, and both drivers began shouting at each other, the complaint said -- with Knutson and the victim also exiting.

The complaint said Knutson told officers the victim told him his girlfriend needed to learn how to drive, and he shouted back that it wasn't his responsibility to teach her -- telling the victim he was trespassing on private property. Knutson told investigators, "I didn't back down," noting that he and the victim began pushing each other, and both of the men fell on the snow-covered, sloped driveway. The complaint said Knutson didn't want the victim to hurt his face or break bones, so he took out a knife and "poked him." Knutson said he then went into the house, and the victim later collapsed.

The woman driving the truck Knutson was riding in told investigators he asked her to take the knife, but she refused. Investigators recovered a knife in the home -- with a three-inch blade, the complaint said. An autopsy revealed the victim died as a result of a single stab wound to the neck.

The complaint said the driver of the truck the victim was in, the 911 caller in this case, ended up being arrested for OWI, first offense.