RACINE — The U.S. Constitution guarantees you the right to an attorney, but only if you're accused of a crime.

Efforts to extend that right to some civil cases have run into roadblocks in Madison.

Whether it's evictions or custody battles, divorce or domestic violence, tens of thousands of Wisconsinites are navigating the civil legal system on their own, but when a bipartisan effort to get more legal help for the poor died a quiet death, almost no one said a word.

It's hard enough to navigate the court system on your own. It's even harder to do it from behind bars.

"'Until today, I had no end in sight," said Sarah Sheppard, just moments after walking out of the Racine County Jail on April 24.

For nine months, Sheppard sat in jail with no legal help. In a video interview from the jail, Sheppard told the FOX6 Investigators the court declined to appoint an attorney for her, even though her personal freedom was at stake. 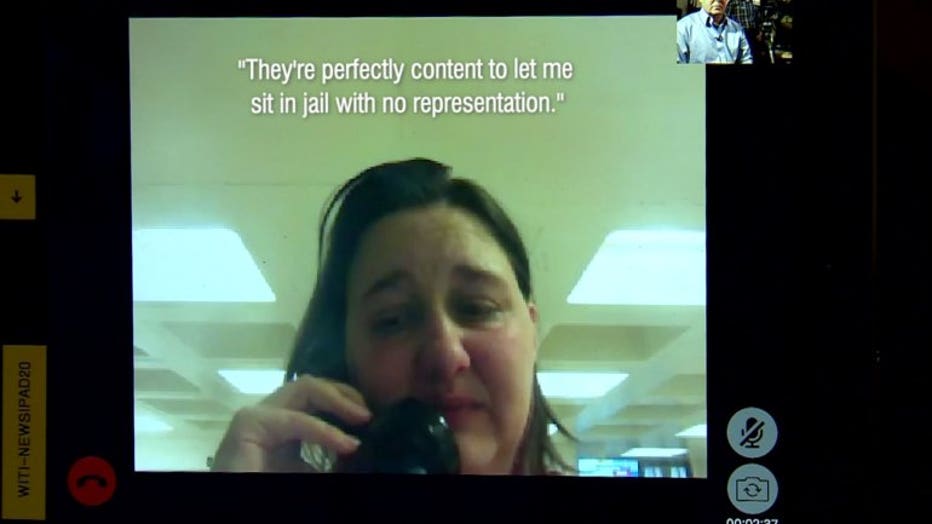 Sarah Sheppard was held in the Racine County Jail for 9 months without a lawyer. The court declined to appoint one because her case was civil, not criminal.

"They are perfectly content to let me sit in jail with no representation," Sheppard said.

A Wisconsin judge held her in jail in summer 2018 for refusing to return her 10-year-old son, Daniel, who has autism, to his father. Sarah Sheppard said Joseph Sheppard was abusive.

In April 2018, the family left their Wisconsin home to visit Sarah's family in New Jersey. While there, Sarah went to police and said she was a victim of domestic violence. A New Jersey judge issued a temporary domestic violence restraining order against Joseph, which became permanent when he failed to show up for the hearing.

"She told them that I was an abuser, and that I had sexually assaulted, raped her, and all of this garbage," Joseph Sheppard said.

Joseph insists he never abused anyone, but the states of New Jersey and Wisconsin disagreed over who was right, and Sarah is the one who ended up in jail.

"There's nothing you can do," Sarah Sheppard said. 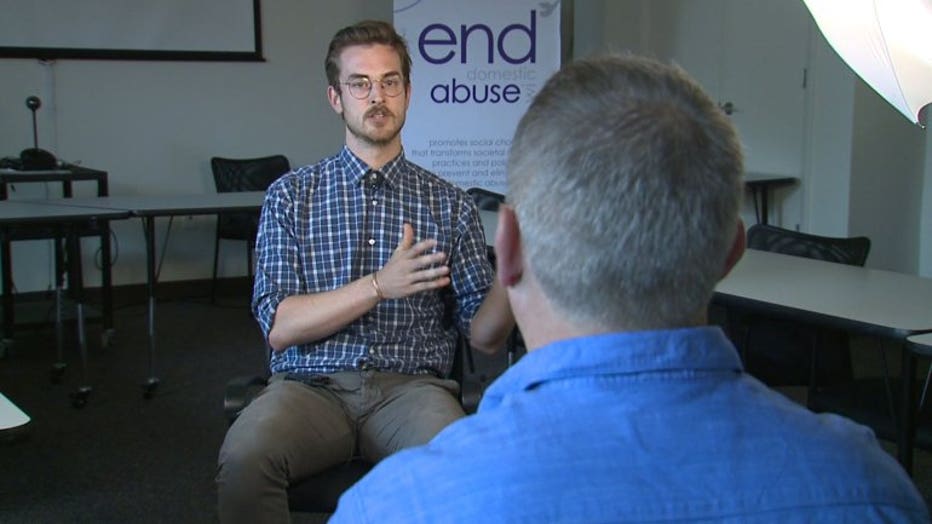 Chase Tarrier is spokesman for End Abuse Wisconsin, which advocates for victims of domestic violence.

"She's got to get an attorney," said Renee Capozzi, Sarah's grandmother. "Well, what do you do when you can't afford an attorney?"

Capozzi said the family couldn't afford to hire a lawyer, and the court declined to appoint one for her.

"You have no one sitting at the table with you," Sarah Sheppard said. "No one to help you figure out what you're supposed to be saying -- what can help or hurt."

Chase Tarrier said that's especially a concern when the person on the other side of the table has legal assistance.

"You've got typically, an abuser with an attorney, and a survivor with no representation whatsoever," Tarrier said.

"We've got to do more to ensure that survivors in this situation, whether they're incarcerated or not, have access to legal aid," Tarrier said. 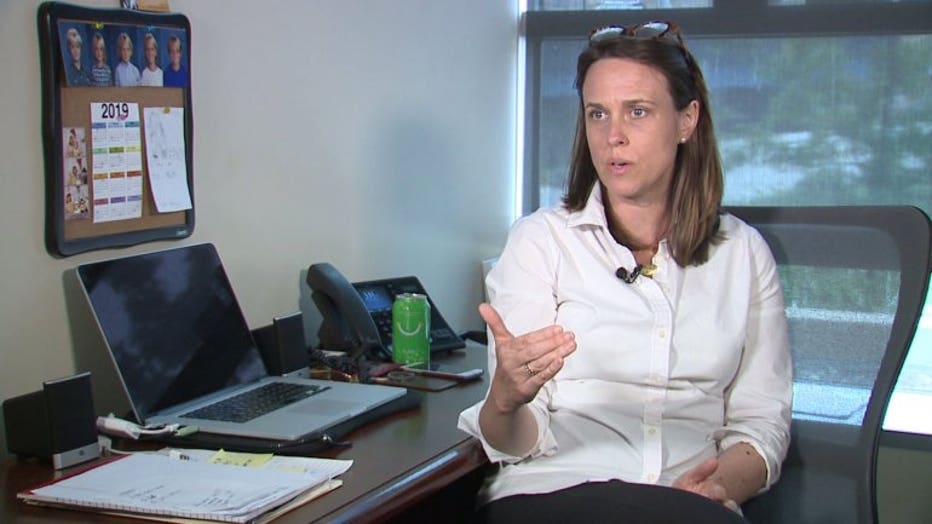 "People are not getting a lawyer to stand by their side in court," Schultz said.

Nonprofits like Legal Action of Wisconsin and the Legal Aid Society do represent thousands of poor people in court every year, but a 2013 report by the Wisconsin Access to Justice Commission found those organizations turn away more than half of all eligible clients because of insufficient funding.

Retired Municipal Judge Jim Gramling said the state's current budget of $500,000 a year for civil legal aid is not nearly enough. He and others who advocate for civil legal aid pushed for more in the 2019-2021 budget, but they said the Legislature kept funding the same.

"It's just truly, literally, a drop in the bucket," Gramling said.

In 2011, Legal Action of Wisconsin petitioned the state Supreme Court to change the rules and allow courts to appoint lawyers in a wide range of civil cases, but the court denied the petition.

"Because we're really looking at, you know, then, a lawyer for everybody -- at public expense," Schultz said.

In 2016, state lawmakers formed a bipartisan committee that recommended three bills, including one that would encourage, but not require, more spending on civil legal aid.

"Those were Band-Aids. Those were starting points," Tarrier said.

But even those bills failed to pass in 2017 when Senator Duey Stroebel, R-Saukville, declined to hold a hearing, which was a surprise to supporters, since Stroebel was vice chair of the group that recommended the bills in the first place.

"There was a great deal of frustration," Gramling said.

Since then, very little has changed.

"I'm so glad that this is just over, and I can go home, and I can see my son again, and I can hug him for the first time in nine months," Sarah Sheppard said.

Sarah Sheppard was released from jail on April 24 after the FOX6 Investigators emailed the judge in her case, asking how long a person can be jailed for contempt.

It turned out, the limit is six months. She'd been in jail for nine.

"Well, yeah, if we'd had a lawyer, obviously this would've been fixed a lot sooner," Sarah Sheppard said.

"Yeah, absolutely. Sarah gets out sooner than that," Tarrier said.

For Sarah, it's not the time she served that haunts her, but time she missed with her son.

"I can't do anything to get back the steps that I missed being here for, and that sucks," Sarah Sheppard said.